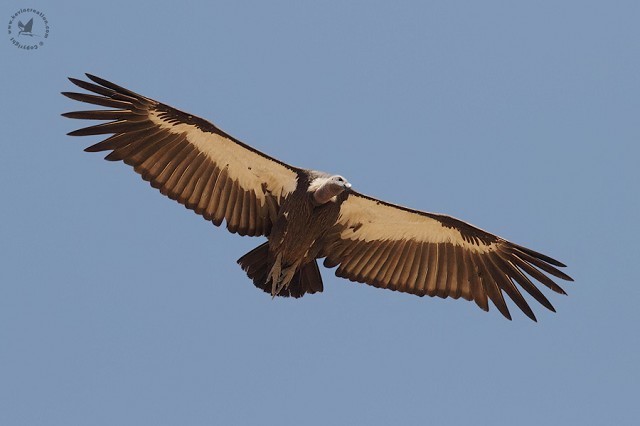 Diclofenac is responsible for bringing three species of Gyps vultures, endemic to South Asia, to the brink of extinction. The population crash of these vultures was first noted in the late 1990s. Since then their rate of decline has been steeper than nearly any other bird species, including the infamous Dodo. The Indian government banned diclofenac for veterinary use in May 2006 with bans in Nepal and Pakistan the same year. Further measures in India, in August 2008, placed additional restrictions prohibiting the manufacture, sale and distribution of diclofenac and its formulations for animal use with contravention being punishable with imprisonment.

The research to evaluate the effectiveness of the 2006 ban was conducted by surveys in over 250 veterinary and general pharmacy shops in 11 Indian states from November 2007 to June 2010. The surveyors asked whether they could buy non-steroidal anti-inflammatory drugs for treating cattle. Diclofenac was recorded in 36% of shops and we know from other studies* that this must be the source of diclofenac found in cattle carcasses.

Lead author and principal conservation scientist at the RSPB, Dr Richard Cuthbert, said: "The ban is still quite easy to avoid because human formulations are still freely for sale in large vials which are convenient for use on large animals like cattle and clearly not suitable for human use. Preventing the misuse of human diclofenac for veterinary use remains the main challenge in halting the decline of endangered vultures."

While the research shows that there is still widespread availability of diclofenac after the ban, encouragingly it also shows an increase in meloxicam (found in 70% of pharmacies), a drug that has very similar therapeutic effects on cattle as diclofenac but which has been proven to be safe to vultures. There is also evidence that untested drugs such as nimesulide are more widely available in the market. The effects these drugs have on vultures are as yet unknown. Ketoprofen, an alternative that has been tested and shown to be deadly to vultures, has still not been banned. It was on sale for veterinary use in 29% of pharmacies. 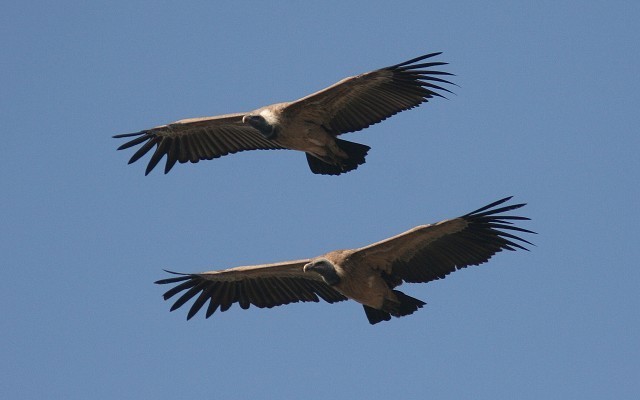 Dr Vibhu Prakash of the Bombay Natural History Society, and co-author, said: "While the increase in meloxicam brands and availability is encouraging, a major concern from these surveys is the still-widespread availability of diclofenac in pharmacies after the ban. Firm action at government level against pharmaceutical companies and pharmaceutical shops that are breaking the law by manufacturing and selling diclofenac for veterinary use is urgently needed if we are to save vultures from extinction."

In contrast to the disheartening results from this research, the RSPB is happy to report the most successful year yet at the Indian captive-breeding centres as the number of fledged chicks is up almost double on last year. Eighteen vulture chicks have been successfully reared in captivity in 2011 — the largest annual total to date.

Another first for the captive breeding centre this year is a number of 'double clutches', meaning some pairs produced a second egg and chick, as the first was removed, hatched in incubators and reared by the highly trained BNHS staff. Fifteen of the 18 fledged juveniles were at the Pinjore centre in Haryana, whilst the remaining three were at Rajabhat Khawa in West Bengal. Four of the total number of fledged birds were a direct result of the 'double clutches' and artificial incubation. Critical Ecosystems Partnership Fund has provided much of the support for running the Pinjore centre over this recent important phase.

The Bombay Natural History Society, with support from the RSPB and newly formed consortium Saving Asia's Vultures from Extinction (SAVE), manages three conservation breeding centres in India where 271 vultures are housed and successful breeding of all three species has now occurred. There are also conservation breeding centres linked to the SAVE programme in Nepal and Pakistan. The launch of SAVE in February 2011 was a major milestone in the battle to stop Asia's vultures meeting the same fate as the Dodo and Passenger Pigeon. It is a unique opportunity to help save three critically important species from extinction through a single programme that brings together ten organisations working to save the vultures.

Chris Bowden, the RSPB's head of vulture programme and SAVE spokesperson, said: "Three species of south Asia's vultures are heading for extinction so we have to act now to save them. With the latest success at the breeding centres we're more confident than ever that there will be sufficient numbers for reintroduction to the wild as soon as it's safe for them, but until diclofenac stops being produced and sold for veterinary use we cannot guarantee these birds have any future in the wild. SAVE's ultimate aim is to turn the catastrophic decline of the vultures into one of the greatest conservation success stories of all time. We're on the right track, but there is a long way still to go."

A study published in 2007, led by Dr Vibhu Prakash from the BNHS, showed that the population of White-rumped Vultures in India had dropped by an average of more than 40% every year between 2000 and 2007. This species' numbers have dropped by 99.9% since 1992 to about 11,000 from tens of millions. Populations of Long-billed and Slender-billed Vultures together have fallen by almost 97% over the same period. Long-billed Vultures are now thought to number about 45,000 and Slender-billed Vultures just 1,000. The research was published in the Journal of the Bombay Natural History Society and is available here.

* A study published on 12 May 2011 in science journal PLoS ONE found that the proportion of cattle carcasses in India contaminated with diclofenac had declined by over 40% between the ban in 2006 and 2008. However, the resulting vulture decline rate is still expected to be around 18% per year for the most susceptible species, the White-rumped Vulture, down from about 40% per year before the ban, meaning that vultures will not recover unless efforts to eradicate the drug become still more successful.