A young, satellite-tagged Red Kite, named BB, vanished suddenly in Co Durham in June in a 'problem area' for raptors.

Now two Red Kites and one Hen Harrier have unexpectedly gone missing in the same area of the North Pennines AONB since last October. The birds all were wearing satellite tags. BB vanished in the Derwent Gorge several weeks ago, triggering a police appeal for information. 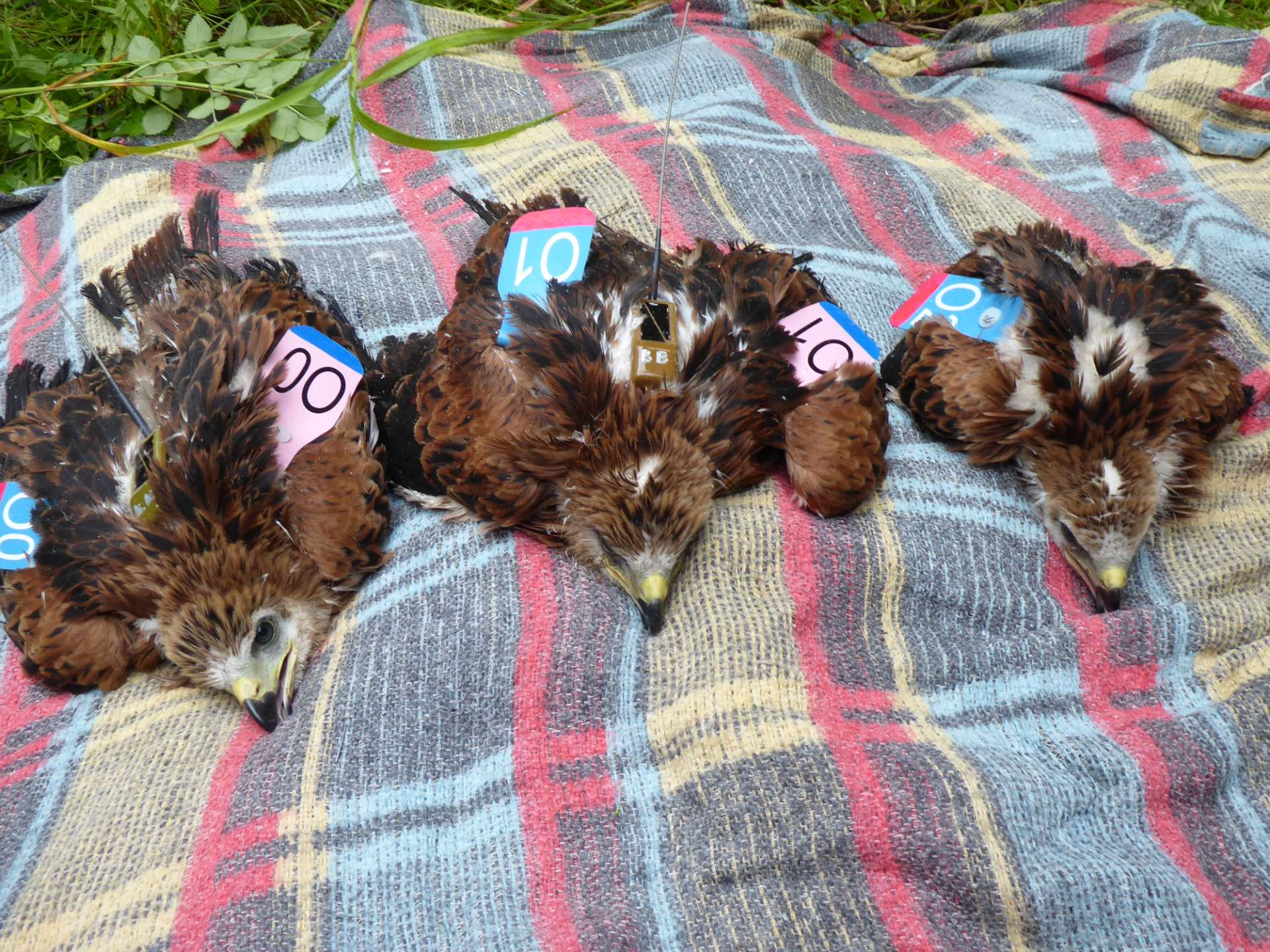 BB (centre bird) being tagged as a chick (RSPB).

BB was fitted with a satellite tag near Gateshead in June 2019 by Friends of Red Kites with NERF support. It has been monitored since by the RSPB. BB's tag had been functioning reliably and as expected when it suddenly stopped on 7 June 2020. Police have been conducting enquiries including a search of the area of the bird's last fix, between Muggleswick and Castleside, where the bird had been present for the previous month but found no trace of the bird or the tag. BB has not been heard from since.

Two further birds have suffered similar fates. In April 2020, another Red Kite, KK, which hatched last summer also near Gateshead, suddenly stopped transmitting on a grouse moor near Derwent Reservoir. And in October 2019, a Hen Harrier named Ada vanished after similarly sending her last transmission from a grouse moor, east of Allendale in Northumberland, also within the AONB.

All of these birds were tagged in the summer of 2019 and were under a year old when they disappeared. It is believed the birds may have been illegally killed. Howard Jones, RSPB Investigations Officer, said: "There is a distinct pattern emerging of satellite-tagged birds of prey vanishing without a trace on or near land managed for driven grouse shooting in this area.

"BB, KK and Ada's disappearances are categorised as a 'sudden stop'. These are reliable tags which continue transmitting even after a bird has died. To cut out suddenly like this strongly suggests human interference."

Inspector Ed Turner, from Durham Constabulary, commented: "It is sad that, within a matter of months, I am appealing to the public for information again regarding another Red Kite that has disappeared without explanation in the same area of the North Pennines. The fate of this bird is not yet clear. Until we can rule out the possibility that a crime has been committed, we will continue to take this matter very seriously."