Compelling new research into the reasons behind the low expansion rate of the Red Kite population of north Scotland shows the species is being severely restricted by illegal killing. The study, conducted by RSPB Scotland and funded by Scottish Natural Heritage, is published in the scientific journal Biological Conservation. It compares the performance of two Red Kite populations where equal numbers of young birds were released over the same period as part of the initial phase of reintroducing the species in Scotland and England. The sites were in the Chiltern Hills, in Buckinghamshire in southern England, and the Black Isle, in Ross-shire, in north Scotland. 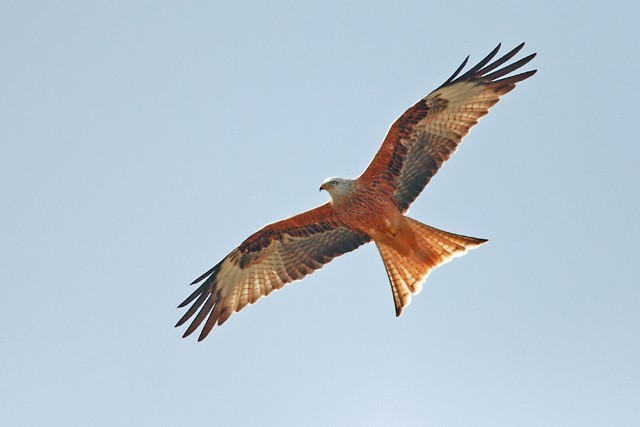 Whilst the population in the Chilterns has thrived, reaching approximately 320 breeding pairs since the beginning of the reintroduction in 1989 up until 2006, the Black Isle population has struggled, reaching just 41 pairs over the same period. This was much lower than expected, and the population in 2009 had still only reached 49 breeding pairs. This large and growing disparity in population sizes has raised concerns, leading some to suspect that the same human persecution that first drove the species to extinction in Scotland in the 1870s, is still occurring today.

Close monitoring of both of the study populations showed that production of successfully reared and fledged Red Kite chicks was very similar in north Scotland and the Chilterns, and indeed was amongst the highest in Europe. Thus, lack of food supply and poor breeding performance does not explain the poor growth rate of the Scottish Black Isle population.

In fact, the study has shown that low survival rates of young birds in their first and second years of life is the main factor limiting the north Scotland Red Kite population growth up until 2006, and that illegal killing accounts almost entirely for these poor survival prospects. Red Kites in Scotland and England normally breed for the first time in their second, or more normally their third, year of life, so illegal killing is severely reducing the number of new recruits of breeding birds into the north Scotland Red Kite population. 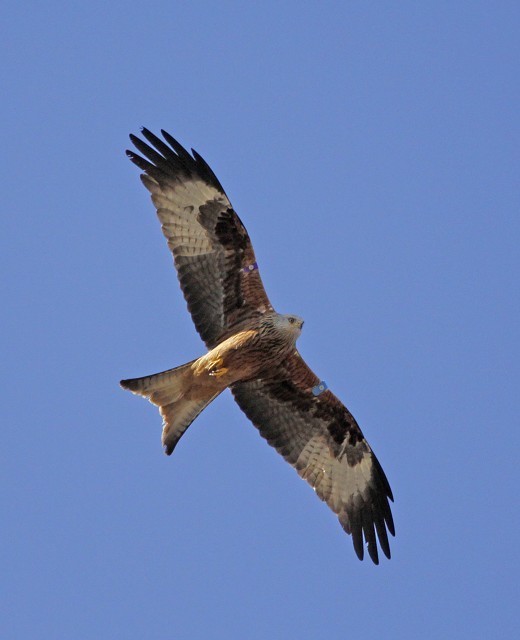 In the absence of illegal killing, scientific modelling has shown that annual survival rates of young kites would have been high enough to allow the north Scotland Red Kite population to grow at the same rate as seen in the Chilterns and, by 2006, north Scotland would have held over 300 breeding pairs — 250 pairs more than the actual population size today. More encouragingly, if illegal killing were to cease, then the population is likely to respond quickly, reaching 300 breeding pairs within the next 10 years.

The Red Kite was previously driven to extinction in the late nineteenth century in Scotland by widespread human persecution, despite the fact that the species poses no threat to legitimate land use activities. Red Kites have been reintroduced to the UK since the late 1980s, but between 1989 and 2009, 64 individuals have been found illegally poisoned in Scotland. The true number of birds killed in this way will be much higher given that this criminal activity largely takes place in remote areas and the perpetrators will seek to conceal their actions from the authorities.

Duncan Orr-Ewing, Head of Species and Land Management at RSPB Scotland, said: "We now have a significant body of evidence to show what a major impact illegal poisoning is having on the populations of iconic birds such as the Red Kite. More widely, the reputation of Scotland as a country that values its wildlife is at stake. It is time to look again at the range of sanctions and penalties that can be deployed to tackle this damaging activity and bring the perpetrators to justice.

Professor Des Thomson, of Scottish Natural Heritage, said: "The Red Kite reintroduction programme has an excellent profile in Scotland. We must find better ways of ensuring these birds have a much safer and more secure future. Clearly, we have to do a lot more."

Roseanna Cunningham, Minister for the Environment with the Scottish Government, said: "The Scottish Government welcomes any work which can add to our understanding of Scotland's populations of valuable species. The more evidence we have, the better placed we are to act to protect and manage our wildlife. In particular it is encouraging to see a re-introduction project that is the subject of such careful monitoring. However, it is hugely disappointing whenever we hear that our bird populations are being threatened by illegal killing. Continued persecution of our precious birds of prey is simply unacceptable. Poisoning is an arbitrary method of killing which poses serious risks to other wildlife, and potentially people, in our countryside. The protection of Scotland's wildlife has never before occupied such a prominent position politically or in terms of the law. I hope that our continued joint action to tackle raptor persecution across Scotland will reduce this threat to Red Kites."

Luke Borwick, Chairman of the Scottish Rural Property and Business Association, said: "The SRPBA is unequivocally opposed to all forms of wildlife crime and the findings of this report are of great concern. We will continue to work with the Scottish Government, RSPB, Scotland's Police Forces and other organisations to ensure that there are robust legal measures in place to address the problem of illegal persecution and to bring wildlife criminals to justice. Red Kites are an undoubted asset to our rich biodiversity and our rural economy, and it is appalling that a mindless few continue to perpetrate crimes that are an absolute disgrace to our countryside."