An annual report released this weekend [23rd July 2010] by RSPB Scotland showed that 2009 saw the highest number of confirmed poisoning incidents in Scotland in the past two decades. This illegal killing of birds of prey in Scotland continues to have a serious impact on the populations of some of the country's most vulnerable species. 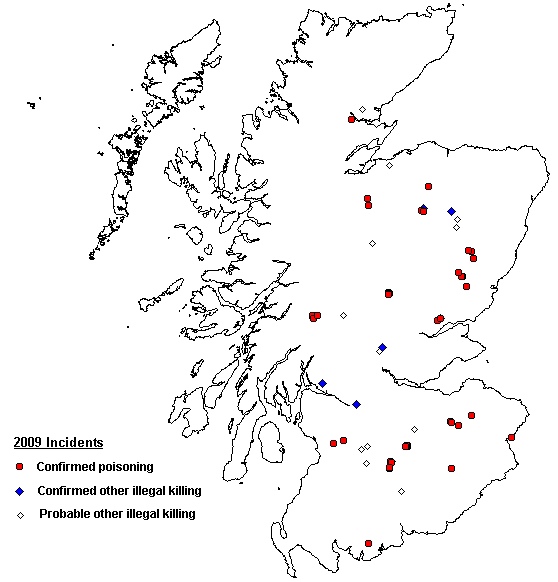 Confirmed poisoning and confirmed/probable illegal killing of birds of prey in Scotland in 2009. (Map: RSPB)

Last year, 21 Buzzards, four Red Kites, two Golden Eagles and one White-tailed Eagle, the latter gifted to Scotland from Norway as part of a reintroduction programme, were among the victims in 46 confirmed poisoning cases. Illegal shooting, nest destruction or use of spring traps, was also confirmed in nine incidents. As many raptors are long-lived and have slow breeding cycles, killing of particularly adult breeding birds can have dire consequences for their populations as a whole. This is adversely affecting the conservation status of Hen Harriers, Golden Eagles and Red Kites.

Recent research into the reasons behind the low expansion rate of Red Kites in northern Scotland, compared to that in southern England, shows that the species is severely restricted by illegal killing. 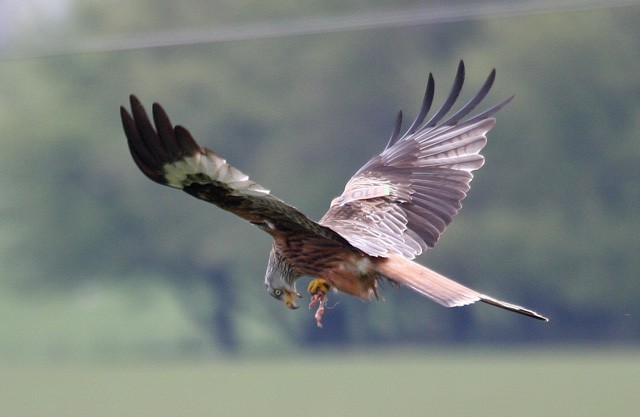 Despite public condemnation — most notably in the form of almost 22,000 pledges backing an RSPB Scotland campaign to stop the illegal killing of birds of prey — the practice shows little sign of declining, particularly in some upland areas dominated by game management. Many of the incidents detailed in this latest report were discovered by chance by members of the public in remote areas of countryside, suggesting the true number of cases could in reality be much higher. 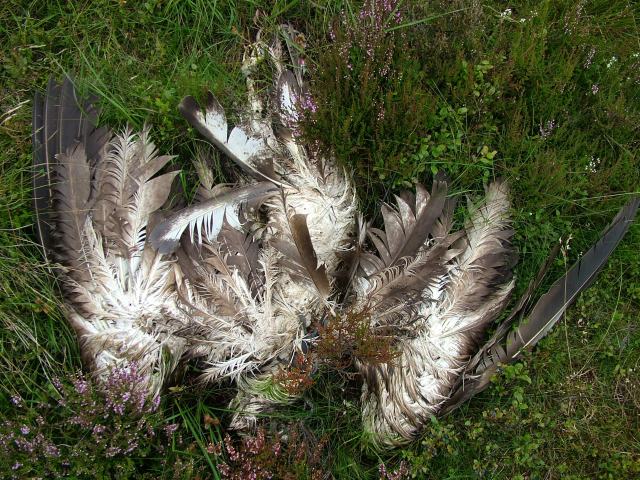 Duncan Orr-Ewing, RSPB Scotland's Head of Species and Land Management, said: "We are lucky enough in Scotland to have some of the world's most majestic species of birds of prey, but unfortunately a significant number of people continue to break the law and undermine the recovery of their populations. This activity threatens other countryside industries such as tourism and undermines Scotland"s reputation internationally."

"We will continue to work with the many responsible landowners and welcome the recent initiative by over 200 Scottish estates, who have publicly condemned wildlife crime, and called for robust enforcement action against the perpetrators. All estates now need to provide tangible evidence that they are taking positive action on the ground to safeguard protected species and giving firm instruction to their employees to obey the law. Increasing the occupied range and breeding productivity of bird of prey species is the best barometer of success." 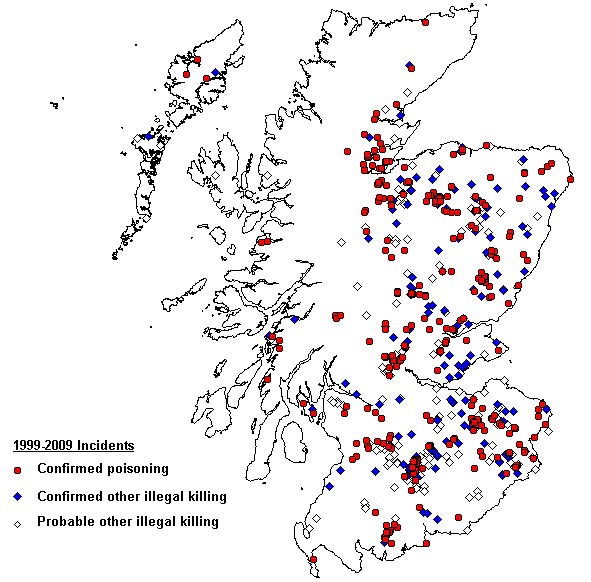 A petition in the name of Stuart Housden, RSPB Scotland Director, was handed to the Scottish Government on 2nd March 2010 and was heard by the Scottish Parliament in May 2010. It was backed by 21,962 individual pledges of support from the public and organisations opposed to the illegal killing of birds of prey.