Thanks to an ongoing bog restoration programme, record numbers of two wader species were recorded at Dove Stone RSPB in the Peak District this summer.

RSPB staff and volunteer surveyors recorded 49 pairs of Dunlin at the Saddleworth site, up 25 per cent from the 39 pairs counted in 2014 and up five pairs on last year’s total. European Golden Plover numbers increased by a fifth, rising from 92 in 2014 to 110 this summer.

Dunlins require damp and hilly sites to breed and have been gradually increasing at Dove Stone over the past decade, after virtually vanishing from the Peak District in the early 2000s. European Golden Plovers, which have similarly increased at the site in recent years, also favour nesting on wet moorland bogs.

The RSPB, which manages Dove Stone in partnership with landowner United Utilities, has discovered a direct correlation between this increase of breeding wading birds and the restoration of blanket bog at the site. Healthy blanket bogs, which are found on wet hilly plateaus, provide insect food for birds, lock up harmful carbon, improve water quality by acting as a natural filtration system and prevent flooding by slowing down the water flow.

However, like much of this habitat in Britain, Dove Stone’s had been damaged by past industrial pollution, with the surface vegetation and peat-building sphagnum mosses having almost completely died out, leaving large areas of bare, dried out peat. Since 2005, however, United Utilities and the RSPB have been working to restore the reserve’s bog by covering the bare damaged peat with new vegetation, blocking gullies to raise the water table and sowing new sphagnum moss. The increase in breeding waders appears to be happening in direct response to the improving habitat.

Dave O’Hara, RSPB site manager at Dove Stone, said: “It’s no coincidence that numbers of breeding waders at Dove Stone began to increase at the same time we began to restore the blanket bog with our partner United Utilities. It’s gratifying and inspiring to see our continuing restoration work paying off, with more and more wading birds nesting here every year.

“Thanks to generous funding from WREN, we are currently in the middle of Sowing the Moss, a three-year project where we are working with volunteers to plant more sphagnum, which will help rebuild the bog. Restoring Dove Stone’s bog is a huge long-term undertaking, but it’s such an important habitat that brings so many benefits for wildlife and people that it’s well worth all the effort that everyone has – and continues – to put in.”

Ed Lawrance, Catchment Partnership Officer at United Utilities, added: “The moorland restoration work is a long-term project, originally driven by our approach to improve water quality in a sustainable way, reducing treatment costs for our customers. It’s wonderful to see the dramatic result it has had for wading birds at Dove Stone. It’s a brilliant example of a win-win partnership and we are very proud of what’s been achieved.” 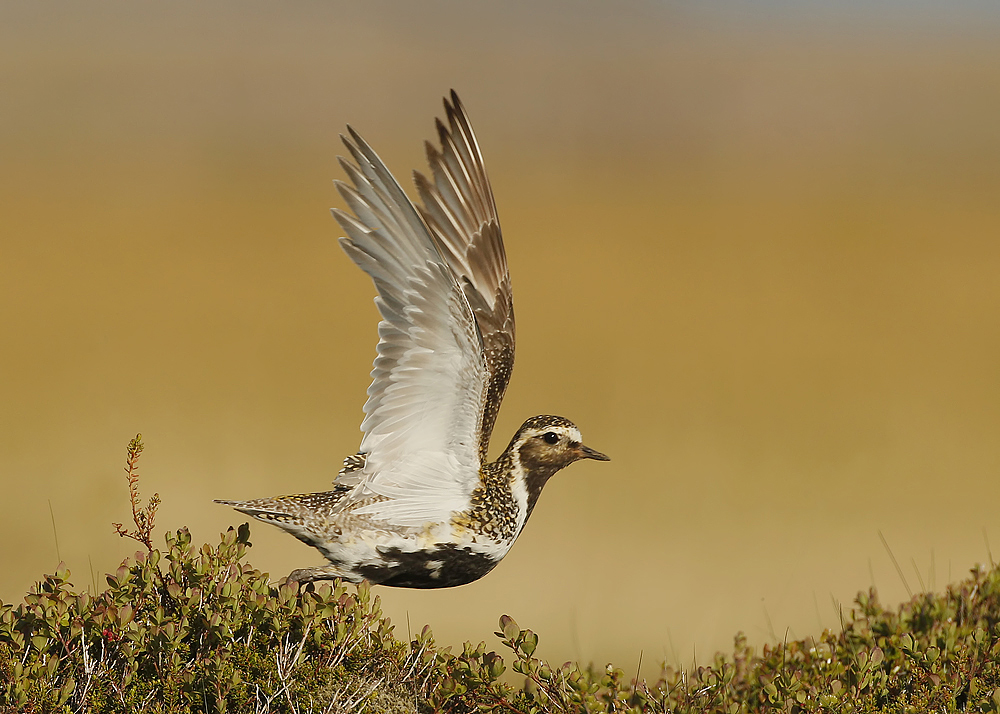