Landowners continue to secure the future of one of one of the UK's rarest breeding birds — Stone-curlew — as a record number of breeding pairs is recorded on the Suffolk Coast.

Millions of viewers tuning in to Springwatch have enjoyed a unique insight into the family life of nesting Stone-curlews at Minsmere, the RSPB's flagship nature reserve on the Suffolk coast. Sadly, the single egg being incubated and protected by the dedicated parents failed to hatch, but the picture is still bright for the species both on the Suffolk coast and in their Breckland stronghold on the Norfolk/Suffolk border.

The mild winter saw Stone-curlews arriving back from their Mediterranean wintering grounds slightly earlier than usual in February, but a cold snap in the spring delayed the start of nesting and the first nest wasn't located until mid-April.

To date, 65 of the 112 nesting pairs that the RSPB is monitoring in the 'Brecks' have successfully hatched chicks, which will soon by flying. Meanwhile, 10 of the Suffolk coast's record 15 breeding pairs this year are at Minsmere, with many here also already raising chicks.

This iconic Breckland bird was given Red status on the RSPB's list of threatened UK breeding birds after the breeding population fell by more than 85 per cent between 1940 and 1985, largely because of loss of its favoured breeding habitat — low-lying dry grassland and heath.

Stone-curlews traditionally nested on grass heathland in the Brecks but as this habitat has gradually disappeared the species has increasingly taken to nesting on arable farmland. Their camouflaged eggs are laid on the sandy ground in 'scrapes', leaving them vulnerable to machinery operations.

Through an EU Life+ funded project, the RSPB provides advice to landowners in the Brecks to help them create Stone-curlew plots where the birds can nest safely away from farm operations, avoiding the need to intervene to protect (or even move) nests located on cropped land. This simple measure has led to a dramatic turnaround in the species' fortunes. Since 2010, the number of Stone-curlews nesting on these safe plots has doubled, and there are now around 240 breeding pairs in East Anglia, up from fewer than 100 in 1985. 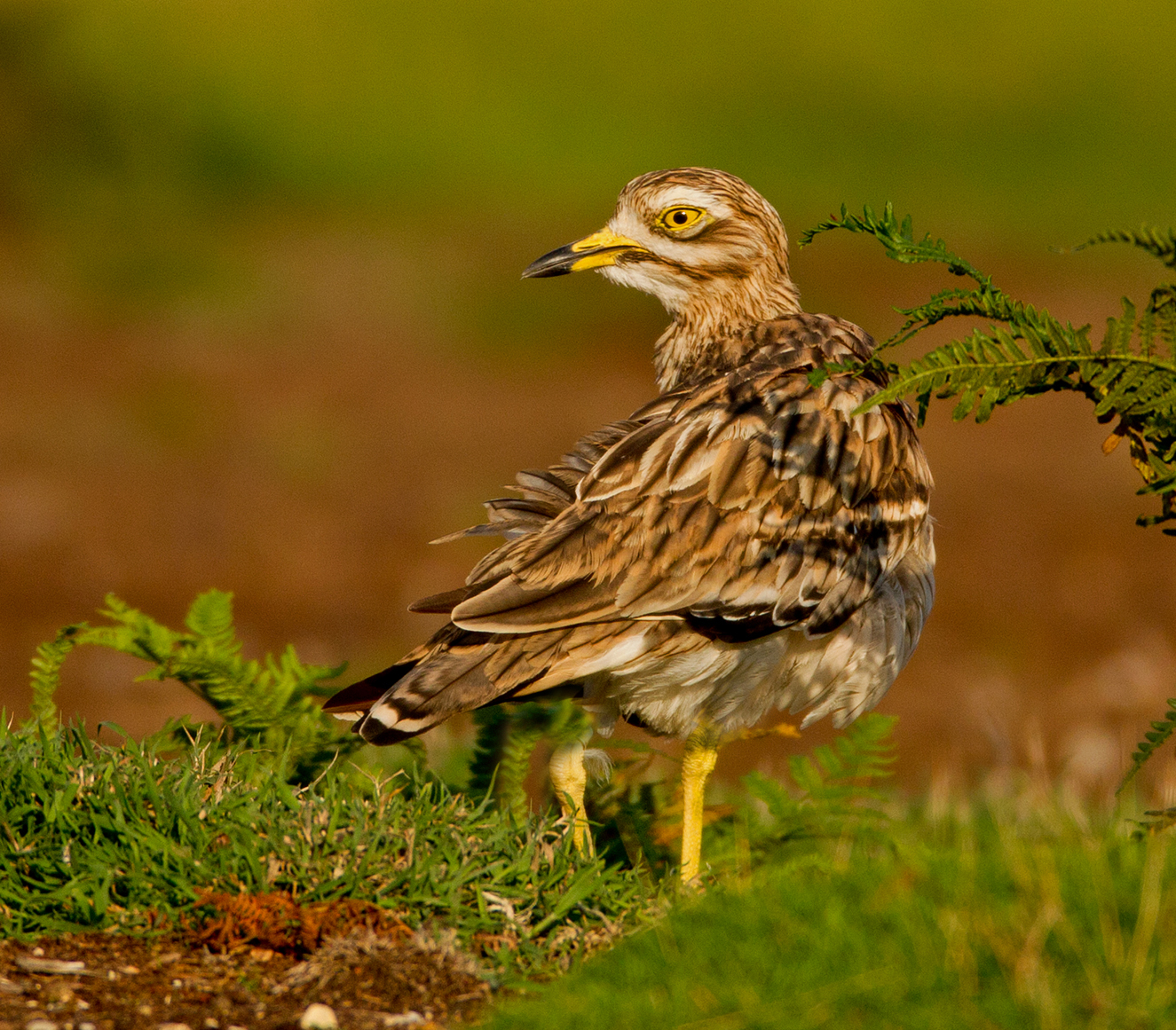 Tim Cowan, RSPB Breckland Stone-curlew Project Officer, said: "Thanks to farmers and landowners in the area, we have been able to create the very special conditions that Stone-curlews need to nest successfully, and it's working!

"We've been delighted to see lots of chicks around over the past few weeks, and monitoring suggests they are doing well. We are not quite sure what the impact of recent wet weather might be for our chicks, but fingers crossed they'll weather the storms and more clement times ahead will give them the best chance of making it to adulthood.

"Without nest protection and the diligent efforts of farmers and landowners in the Brecks, the species may well have become extinct here by the turn of the century. It is fantastic to witness the dedication and pride that landowners, estate managers and gamekeepers take in conserving Stone-curlew and other Brecks wildlife, now and for future generations to enjoy."

Breckland farmer Peter Smith has enjoyed great success with the nesting plots he has created at Hall Farm in Wordwell: "As part of our agri-environment agreement we've been able to create two areas of bare ground specially to encourage Stone-curlews to nest. This year we have a pair of Stone-curlews on each plot and both nests have hatched chicks, which are perfectly camouflaged against the stony, sandy soil. It's brilliant that they have nested on the plots, where the nests are much safer from potentially being damaged than they would be if they'd nested amongst the sugar beet crop. This means we can still help the birds by giving them somewhere to nest on the farm without having to interrupt our farming operations to protect or move nests to safety."

The RSPB's advisory work with farmers and landowners is funded by the EU LIFE+ project "Securing the future of the Stone-curlew", which aims to make the continuing existence of the species as breeding bird in the UK more sustainable.

As well as helping the RSPB to raise awareness of how landowners can support the species through direct interventions to protect nests, the project is allowing the conservation charity to trial land management techniques that can be used across the wider landscape to make Stone-curlews less reliant on direct protection by conservationists.

To find out more and contact the RSPB's farmland advisory team in the Brecks, visit www.rspb.org.uk/farming.