A voyage of conservation on a scale never seen before is underway, with the RSPB embarking on a rat eradication expedition to one of the most remote places on the planet, Henderson Island — a UK Overseas Territory in the South Pacific.

The world-leading operation to save the endangered Henderson Petrel by removing all the rats and restoring one of the world's most pristine islands is part of a unique international partnership that will see a single ship complete three island restoration projects in turn on Palmyra Atoll (USA), in the Phoenix Islands Protected Area (PIPA, Kiribati) and on Henderson Island (UK), meaning the RSPB will benefit from shared costs, equipment and technical expertise. Introduced Pacific Rats are eating 25,000 petrel chicks on Henderson Island every year, and driving a unique British seabird, which nests only on this one island, towards extinction.

Tim Stowe, the RSPB's International Director, said: "This massive voyage right around the Pacific is a huge milestone. Given the very high costs and logistical complexities of getting aerial eradication equipment to remote island locations, such a multi-island restoration has been mooted in the Pacific for at least a decade. This partnership has allowed us to share the costs, and made it possible for these three important eradications to go ahead. On top of the financial benefits, being able to share expertise is priceless. It must also be said that this project would not have been possible without the generous contribution and support received from the UK Government, for which we are extremely grateful."

Environment Secretary Caroline Spelman said: "Defra's support for this important project proves our determination to protect endangered species, no matter where they are in the world. People introduced the rats which are threatening the survival of the Henderson Petrel and now we're trying to make amends before it's too late. At the same time Defra continues its support for vulnerable wildlife throughout the world via the Darwin Initiative — critical conservation work for which we will be making more than £25 million available in funding over the next four years."

Carrying two helicopters, plus extensive equipment, the MV Aquila faces a remarkable round-Pacific voyage of conservation. Taking a carefully planned route between the three islands, starting in Seattle and stopping at Hawaii and Samoa on the way, the journey will total roughly 27,000km. Henderson Island will be the ship's third and final destination, when it arrives in August to restore crucial seabird habitats before returning to Seattle in September.

The RSPB has been planning for an aerial rodent eradication for a number of years. It has raised over £1.4 million towards the £1.5m cost of the restoration, including contributions of over £400,000 from the UK Government, and has been carrying out research to ensure the programme will be effective. At 37km2, Henderson Island will be the largest tropical or sub-tropical island ever to be cleared of introduced rodents.

Uninhabited, and with almost no human influence at all, this remote paradise is home to over 55 species found nowhere else on earth, including four unique land-birds, nine plant species, eight species of snail and dozens of invertebrates. The island's beaches, meanwhile, provide crucial nesting habitat for endangered marine turtles. All these species will benefit from the eradication, which will restore the ecosystem of the whole island.

Part of the UK's Pitcairn Overseas Territory and over 3,000 miles from the nearest continent, the island was declared a UN World Heritage Site in 1988, due to being the world's only forested atoll with its ecology virtually intact. In August last year, the UN warned that a rat eradication scheme was of 'critical importance to maintaining... the integrity of the property', and urged rapid action to protect the outstanding natural qualities for which the island was listed.

Richard Cuthbert is a conservation scientist with the RSPB and will be on Henderson Island during the eradication. He said: "Our research has shown that it's possible to get rid of these rats and reverse the seabird decline on Henderson. Without a full-scale eradication, the wildlife on this island faces a very bleak future, with the Henderson Petrel sliding towards extinction."

Highly experienced eradication experts will use two GPS-guided helicopters to drop poison bait methodically across the island. It will take two to three days for the entire island to be treated, with the whole operation being repeated one week later, to ensure no rats survive. Rats were introduced by Polynesian settlers who once lived there and the rats have gone on to decimate the four species of petrel that live there. The Henderson Petrel is the most vulnerable because the island is its only known breeding site.

Research showed that c.95% of petrel chicks are eaten alive by rats within the first week of hatching and numbers of petrels have dropped from millions of pairs 800 years ago to an estimated 40,000 now.

The RSPB believes that the ecosystem on the island will rapidly recover following the rat eradication, which will benefit wildlife across the island. Populations of the Henderson Petrel and other nesting petrels are anticipated to increase by hundreds of thousands of pairs within 70–100 years after the removal of rats. It is also speculated that, with the rats gone, as-yet-unknown invertebrate species, whose numbers may have been kept at very low levels by rat predation, may also be discovered.

The additional conservation benefits of this joint voyage will be enormous. Palmyra Atoll Restoration Project, which is being led by the US Fish & Wildlife Service, Island Conservation and The Nature Conservancy, will help protect and restore an atoll home to one of the last remaining stands of coastal strand forest, a million nesting seabirds and the world's second largest colony of Red-footed Boobies. The Government of Kiribati will subsequently restore two of PIPA's islands: Enderbury and Birnie. These islands are located within the world's largest and deepest World Heritage Site, and provide important nesting habitat for a large variety of seabird species. 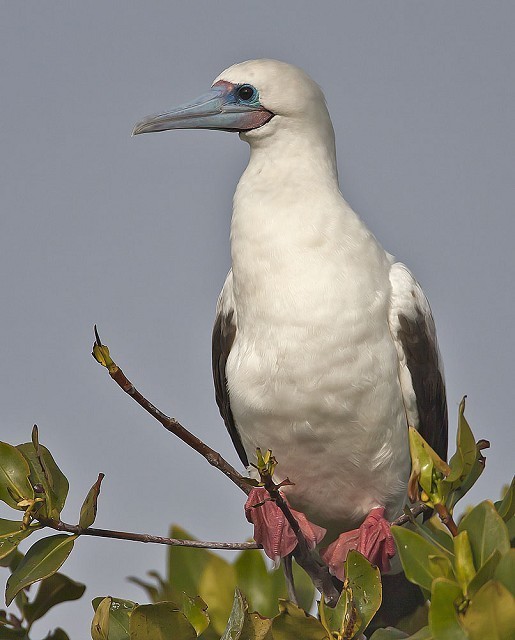 The RSPB still needs to raise more money to fund the Henderson Island Restoration Project. To make a donation or find out more about the project, visit www.rspb.org.uk/supporthendersonisland.