Rare moth recorded in Britain for first time in 42 years

A rare micro-moth has turned up more than 40 years after it was last seen in Britain – and at the very same remote wetland in the Scottish Borders.

Apotomis infida, or Rannoch Marble, is commonly found in Scandinavia and North America. But only three previous sightings have ever been made in Britain. Retired GP and keen amateur lepidopterist Malcolm Lindsay caught the rare moth in an overnight trap at Ettrick Marshes, near Selkirk. 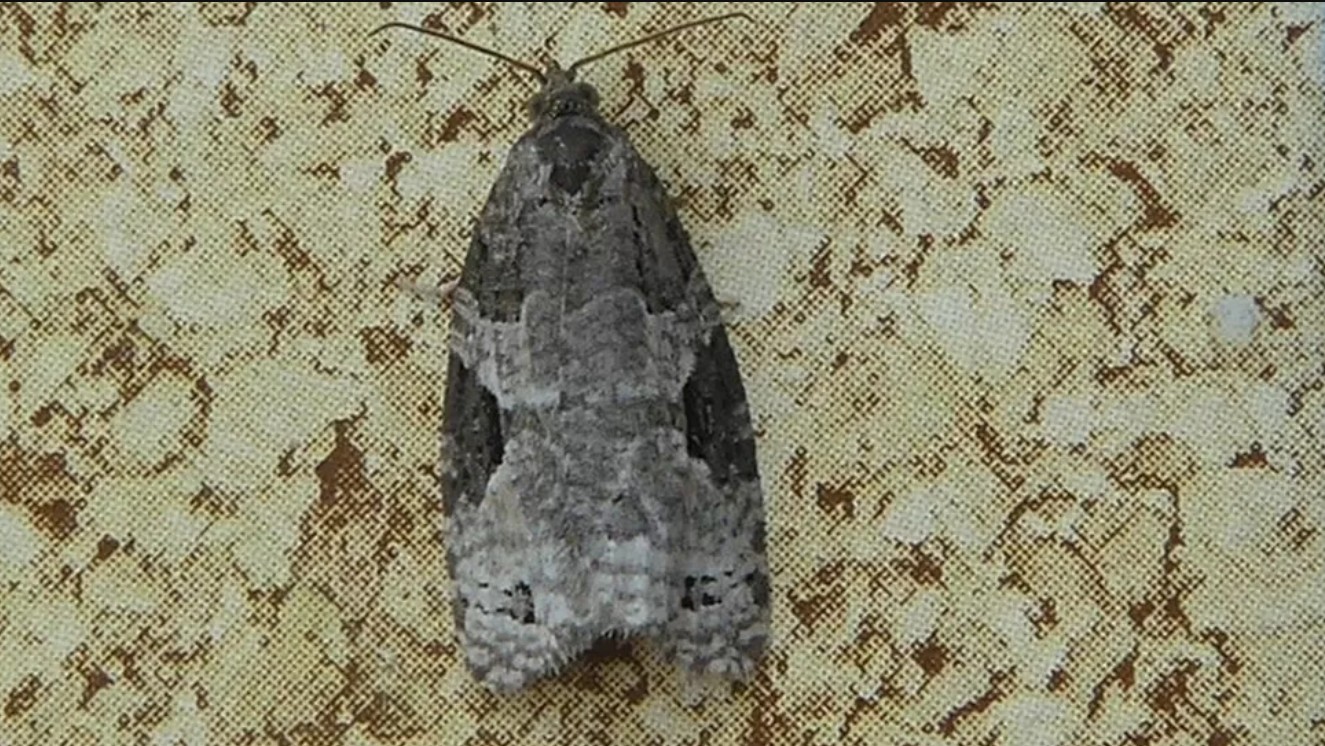 The Rannoch Marble which was trapped at the Ettrick Marshes (Dr Malcolm Lindsay).

Dr Lindsay said: "This was a small micro-moth that I had caught in my light trap and I couldn't identify it. you hope it is something special but I wasn't sure, so I took a photograph and sent it to an expert asking for help. He emailed back very quickly and rather excitedly saying that he thought I had found an extremely rare moth and wanted to study it further."

The insect was first recorded in Britain at a rural site in Perthshire during 1919. The only other two sightings came at Ettrick Marshes in 1979 and 1980, by renowned lepidopterist Dr Keith Bland.

Dr Lindsay explained: "I wasn't aware of the previous two discoveries at Ettrick Marshes, but it turns out I haven't discovered Apotomis infida, but rediscovered it some 40 years later. This confirms that the marshes are one of the most important wetland sites for wildlife in the south of Scotland – it is possibly the only habitat in the UK where this moth can be found.

"During this year I have been doing more regular moth recording at Ettrick Marshes and finding very good results; moths are a great indicator of healthy biodiversity and the marshes are an important place."