Raptors in West and Central Africa threatened by illegal trade

The practice of trading birds of prey as traditional medicine and 'bushmeat' is likely to be contributing to the serious declines of raptors in West and Central Africa.

In a further development to recent news of massive declines in African vulture species, a new study published in the scientific journal Oryx showed that 27 per cent of 2,646 raptor carcasses on sale in markets throughout the region were individuals of Threatened or Near Threatened species, according to the IUCN Red List. In West Africa, 73 per cent of raptors were traded in Nigeria and 21 per cent in Benin, making these countries the regional hot-spots for this largely illicit trade.

"Raptor parts are sold as meat or for indigenous medicine to cure physical ailments such as migraines and epilepsy, or for clairvoyance," said Ralph Buij of Wageningen University and lead author of the study. "Given the local extirpations of highly valued vultures and other raptors in some countries such as Nigeria, poachers and traders are increasingly crossing international borders to collect carcasses." 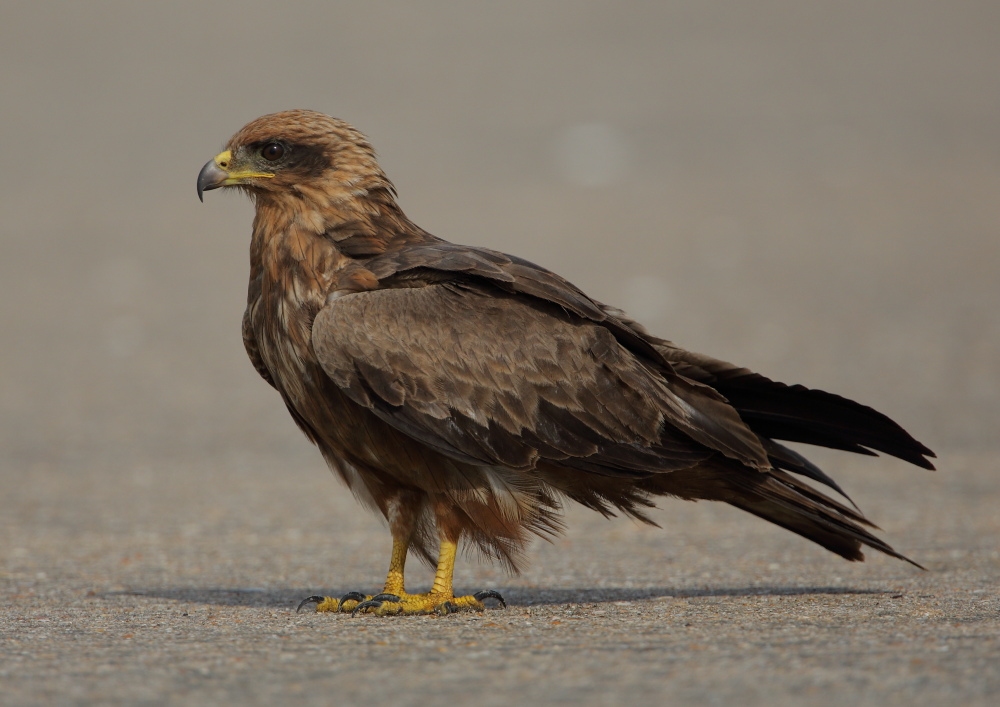 The study indicates that other raptors, apart from vultures, that frequently scavenge such as migratory Black Kites and Marsh Harriers are more commonly traded than their non-scavenging counterparts. The authors suggest this may well be linked to the widespread use of poison to kill scavenging raptors for the trade.

Darcy Ogada of The Peregrine Fund and an author of the study noted: "Poisoning is a common means to acquire vultures and other scavengers for illicit trade because they readily feed on carcasses that can be easily and cheaply laced with highly toxic pesticides. Using poisons, many vultures and other raptors can be killed and subsequently harvested from a single baited carcass. Consumers are unaware that these 'medicines' have been harvested using poisons."

The hardest-hit species were Hooded Vultures and Black Kites, which together represented 41 per cent of all raptors traded. However, the trade represented a particularly sizeable proportion of the remaining regional populations of rare and declining large vultures.

This study follows a report published in June this year indicating that six out of eight African vulture species are projected to decline by at least 80 per cent over three generations (56 years), qualifying them as Critically Endangered. Given the important role of vultures in limiting outbreaks of zoonotic disease such as rabies, their eradication for trade in West and Central has important implications for human health.