The Irish Raptor Study Group is working to prevent the development of a wind farm at an important site for Hen Harriers. The group has sought a High Court order to quash the decision – which was made in June by An Board Pleanála – to grant permission for the multi-million-euro project to take place in Co Donegal. The organisation has been granted leave to legally challenge the approval of the development, and yesterday High Court announced that a judicial review is to be considered at the end of October.

Ryan Wilson-Parr, chairman of the Study Group, claims that the planning permission is contrary to the European Birds Directive and to the Planning and Development Act. He told court that the proposed 19 turbines at Meenbog, Croaghonagh and Cashelavean, in south Co Donegal near the Irish-Northern Irish border, was an area identified by the National Parks and Wildlife Service as important for Hen Harriers, and thus requiring special protection. 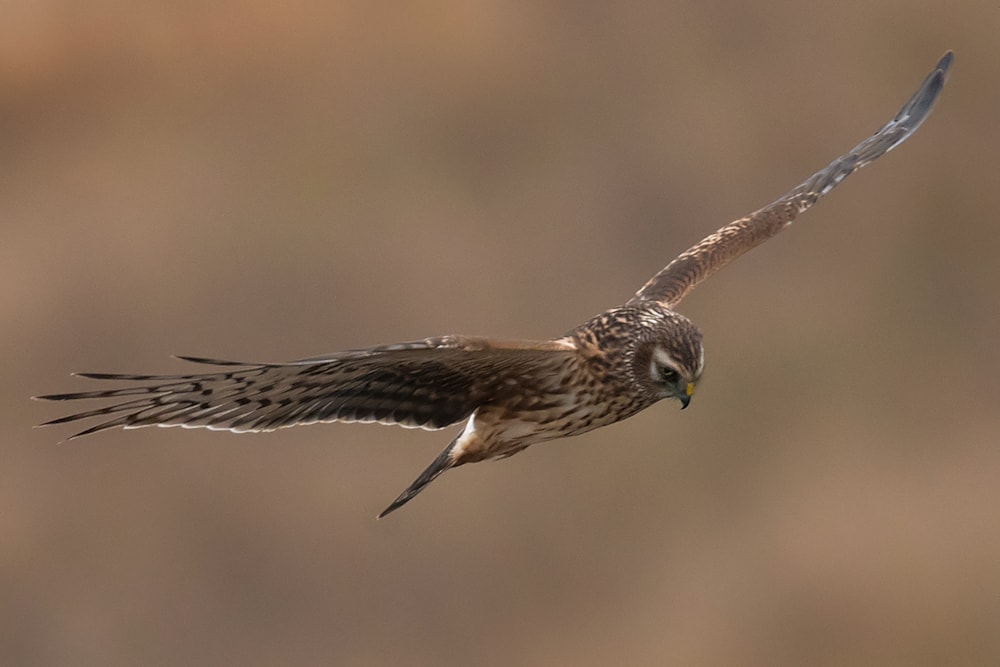 Hen Harriers have declined in Ireland by 50 per cent during the last 40 years (Derek Bilton).

The Study Group has taken a firm stance and is strongly against the proposed development. The southern area of the county, where the development has been proposed, supports at least 11 pairs of Hen Harriers, which is the equivalent to 7 per cent of the entire Irish population. Although An Bord Pleanála's approval of the windfarm had been granted with conditions that included specific monitoring of the species during construction, and an employed Ecological Officer, the Study Group is pushing to prevent the development.

Hen Harrier has declined by 50 per cent in Ireland during the last four decades, and is now considered the rarest declining breeding bird in the country, having once been widespread. The number of nesting pairs has declined even within special areas set up to protect them. This population crash has been caused by various factors, including land use change, decline in habitat and reduced food availability.