Devon & Cornwall Police have launched Operation Wilderness to tackle bird crime across Devon. Led by Wildlife Crime Officer PC Josh Marshall, the operation involves the introduction of 24-hour motion detection cameras that will help collect evidence of anyone illegally disturbing some of the county's rarest bird species. They will be placed at pre-identified locations within Devon, at nest sites considered vulnerable to persecution or disturbance. "We hope they will give us sufficient evidence to assist with any prosecution," said PC Marshall.

The operation follows last year's series of crimes against birds of prey in Devon. Four Goshawks and one Buzzard were discovered poisoned within woodland near Exeter. This equates to approximately 20% of Devon's breeding population of Goshawk. A number of Peregrine Falcons were also found poisoned in the region. Tony Whitehead of RSPB South West, who are supporting the operation, said: "Crime against wild birds continues to be a problem. In a survey recently, the area was identified as the fifth worst in England. We remain particularly concerned about the spate of bird of prey poisonings last year and the persistent threat from a small but obsessive community of egg collectors." 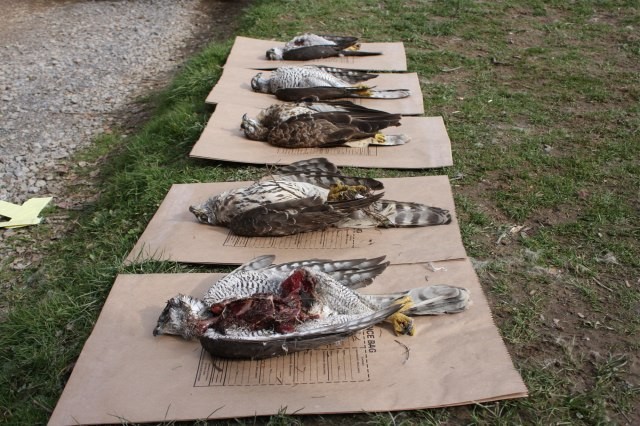 The wildlife cameras were funded by the Devon Bird Watching and Preservation Society (DBWPS). "We would like to thank the DBWPS for their assistance with this operation and for funding the cameras," said PC Marshall. Offenders found guilty of illegal activities could face a £5000 fine and 6 months' imprisonment. If anyone has information regarding bird crime they should call the Police on 101.