Plans for Golden Eagle to be reintroduced to Wales

An ambitious plan to reintroduce Golden Eagle to Snowdonia National Park in north Wales has been proposed. 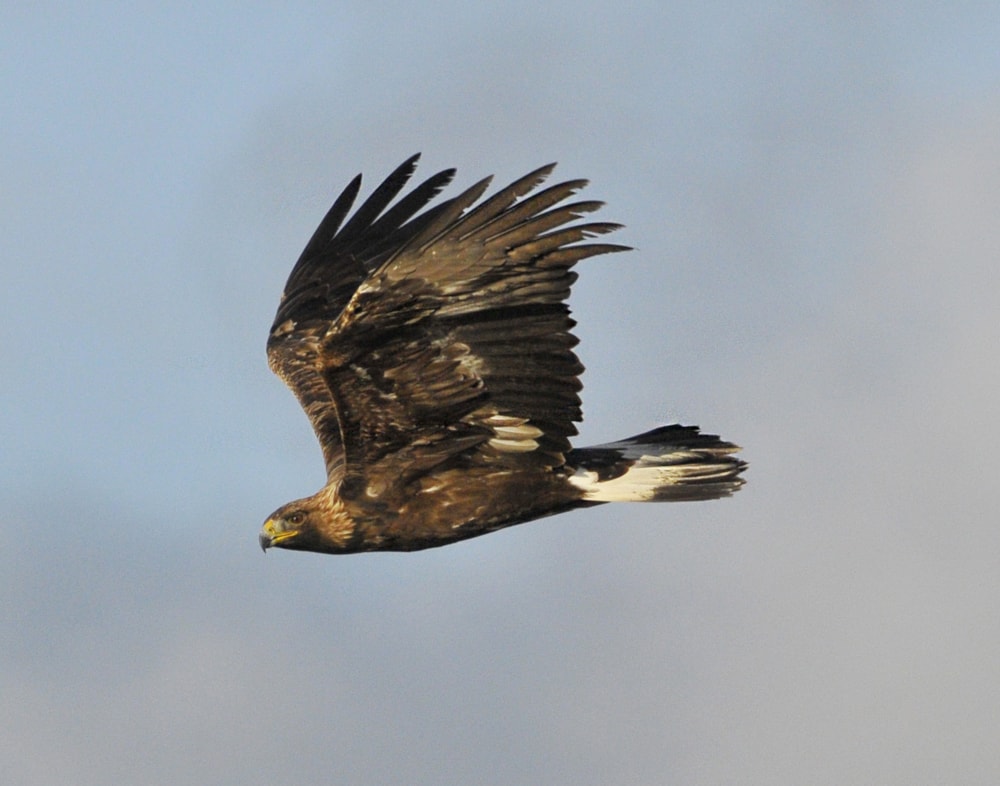 Golden Eagle hasn't been present as a resident species in Wales since the mid-1800's (Edward Stubbs).

Golden Eagles have been all but extinct in Wales and England since 1850. In 2019, Cardiff University researchers said Wales was home to "large expanses of potentially suitable eagle habitat" but reintroduction was not likely to happen "for some time". The university's Eagle Reintroduction Network (ERN) said such programmes were "usually a strict, highly-regulated, licensing process".

"Our assessment of any application for a licence would need to carefully consider the effects of a reintroduction on existing wildlife and land use."

A reintroduction plan in Ireland saw chicks released in County Donegal between 2001 and 2012. This resulted in the first successful rearing of a chick by an Irish-bred eagle in more than 100 years in 2018.

Dr O'Donoghue said the juvenile eagles would be brought in from Scandinavia and central Europe and hoped the first birds could be introduced in the summer of 2021 – although this depends on all licensing criteria being met and approved by NRW, which can take several months. He said he was "extremely encouraged by what we have seen in Ireland" and hoped "to establish the same level of success and engagement in Wales".

He added: "We are delighted that the scientific feasibility work has confirmed how great Snowdonia would be for Golden Eagles. The sight of these majestic birds soaring over the mountain peaks, once seen, would never be forgotten."

Farmer Hedd Pugh, who has about 1,600 sheep on his farm in Dinas Mawddwy, Gwynedd, said: "I'm worried because the Golden Eagle is a predator and hasn't been here for nearly 200 years. I'm concerned not just for lambs; what about other birds as well?"