Initial findings of a ground-breaking project that tracks Scotland's seabirds using technology akin to car 'sat-navs' reveal some seabirds are flying much further for food than scientists had previously thought.

The Future of the Atlantic Marine Environment (FAME) project tracks Guillemots, Kittiwakes and other species in an attempt to identify crucial feeding locations at sea to ensure they are adequately protected. The project tracked several birds from the Northern Isles looking for food vast distances from the colony, while others stayed closer to home. This information comes as early reports of seabird breeding performance on RSPB Scotland's reserves in the northern isles of Orkney and Shetland — together home to some of Scotland's most important "seabird cities" — indicate continuing problems for some of the country's internationally important seabird populations. 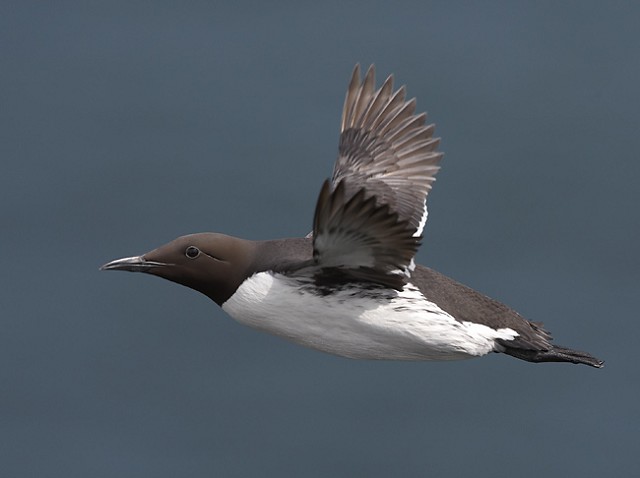 FAME project data showed that one Guillemot from Fair Isle travelled as far south as the waters off Dundee in search of sandeels and other small fish: an epic 350-km journey for a species that was previously thought to forage almost entirely in waters closer to home during the breeding season. 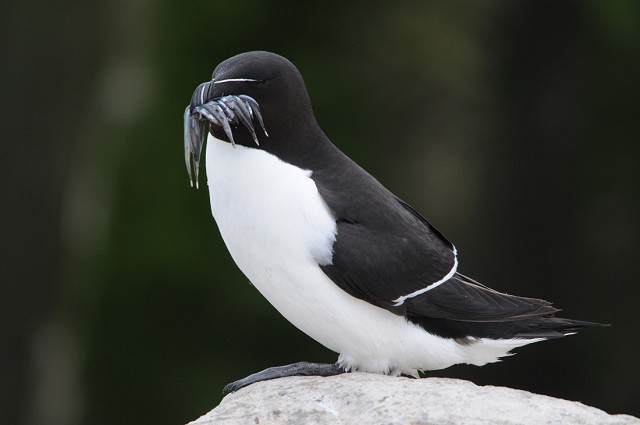 In an even more intriguing twist, individuals of the same species — from colonies just 9 kilometres apart — have been found to feed in completely different locations. One Razorbill, tracked at the start of June from Swona in Orkney, made about 12 foraging trips over three days, all within 31 km of its nest. Another Razorbill tracked from Muckle Skerry went on only two feeding trips over 60 hours, but flew up to 144 km from the colony in search of food. 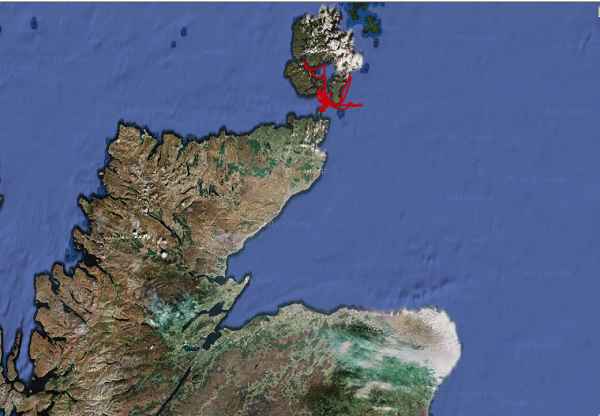 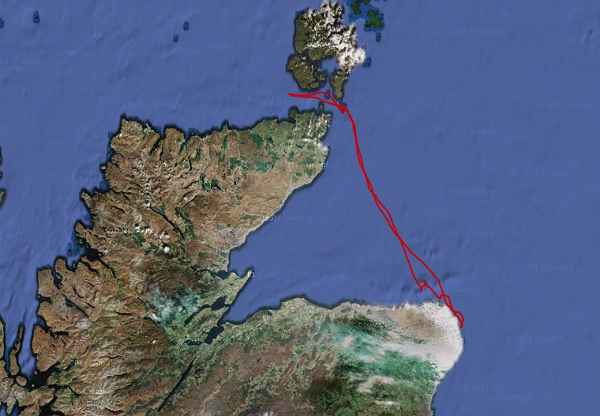 Commenting on the initial data, Rory Crawford, RSPB Scotland Seabird Policy Officer, said: "Although it is still early days for this project, we are already seeing some fascinating outcomes. While some birds are displaying what we think of as more characteristic feeding habits — staying nearer their colonies to feed during the breeding season — other birds are travelling huge distances in search of food. By carrying out this tracking work, we hope to discover whether birds having to travel further to find food is contributing to the dramatic declines we've seen."

"What is most important is that this information is used to improve conservation measures for our seabird colonies. These birds need vastly improved protection at sea if they are to have any hope of weathering this storm of decline."

Doug Gilbert, RSPB Scotland Reserves Ecologist, added: "Seabirds like Razorbills and Guillemots are in big trouble on our nature reserves. RSPB staff have counted birds on our Marwick Head reserve on Orkney and have found a startling decline in many species, including a 63% decline in Kittiwakes since 2000. At Troup Head on the Banff coast, Guillemots have declined from nearly 40,000 birds in 2001 to barely 14,000 this year."

"We are sure these declines are closely linked with the birds' food supply which in turn is influenced by changes in the marine environment, partly driven by climate change. The FAME project is giving us vital information on how far some birds are having to travel to get food. It's revolutionising our understanding of the birds' feeding habits."

The FAME project is a transnational partnership between RSPB, and BirdLife International partner organisations in France, Portugal, Spain and Ireland, as well as the University of Minho in Portugal and WavEC. It is aimed at supporting informed decision-making in the marine environment along Europe's Atlantic seaboard and is funded 65% by the European Regional Development Fund Atlantic Area Transnational Programme.