Camera footage has recorded Pine Martens at Kielder Water and Forest Park, Northumberland, for the first time in more than 90 years.

The cameras are located in a remote part of Kielder Water and Forest Park, as part of a Red Squirrel monitoring project, and the recent images confirm the first Pine Martens recorded in the area since 1926. The sighting is encouraging news for the organisations working together for Pine Marten conservation in northern England, including the Forestry Commission, Northumberland Wildlife Trust, Aberdeen University and Vincent Wildlife Trust. It also could have wider positive implications for Red Squirrels. 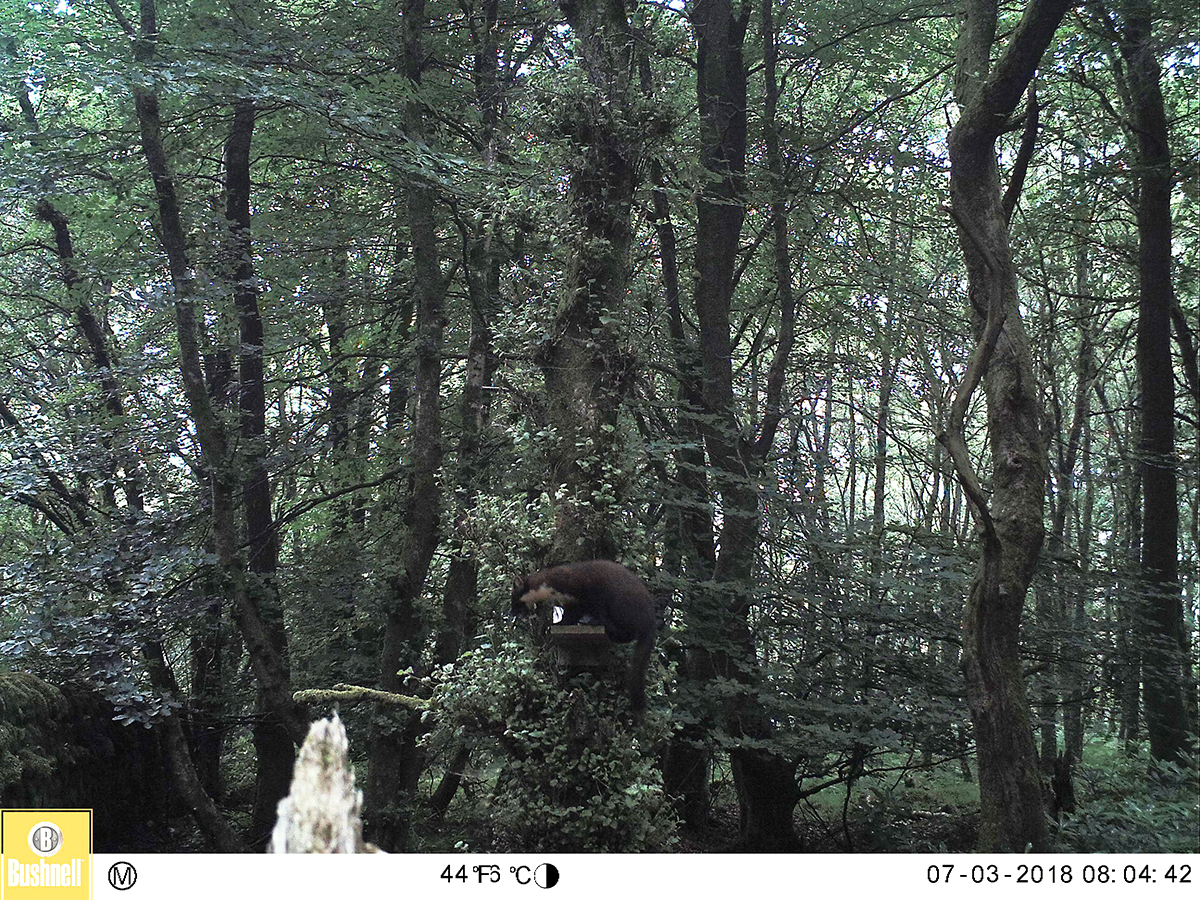 A still from the video shows a Pine Marten on top of a squirrel feeder (John Hartshorne).

The conclusive footage was first seen by John Hartshorne, who has been helping with the squirrel surveys as part of the Red Squirrels United project for several years. He explained: "It's very common to see wildlife other than squirrels on the cameras I use, but this was most unexpected. Historically, Pine Martens were commonplace here, but habitat clearance and persecution led to them being eliminated."

Tom Dearnley, Forestry Commission Ecologist, added: "As the forest nears 100 years in age, it is increasingly being colonised by rare and protected species. Pine Marten returning to England, over the Scottish border, has been anticipated for some time, encouraged by the efforts we are making to create ecologically diverse forests. We are delighted to see photographic evidence of their return, in a forest valued by so many people." 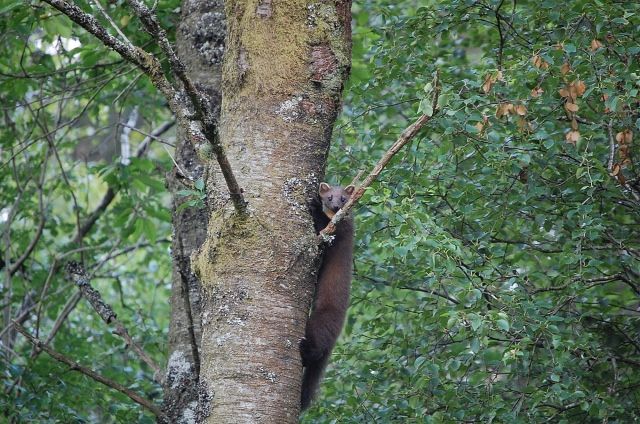