The RSPB is concerned to learn that Natural England — the UK Government's nature conservation agency — is considering a licence application to trap and shoot 10 Common Buzzards to protect young Pheasants. Natural England is expected to make a decision on the fate of the Buzzards imminently.

Martin Harper is the RSPB's Conservation Director. He said: "The Buzzard is a fully protected bird of prey which is only now recovering its numbers from sustained historic persecution, which saw the bird lose much of its UK population and range. Any relaxation of their current protection, coupled with ongoing persecution, could threaten local populations. Their vulnerability is a key reason why we are fighting for their protection." 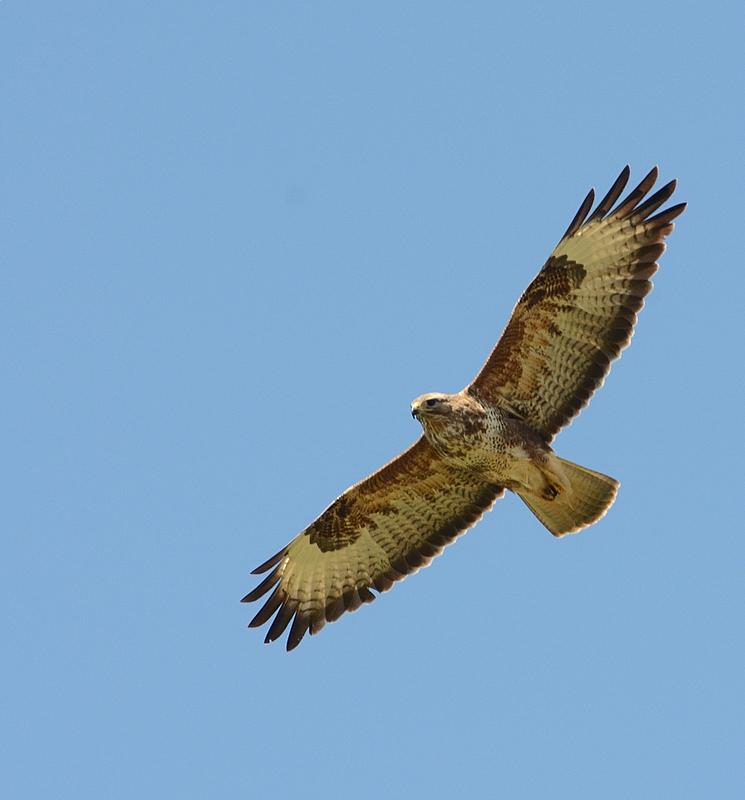 The RSPB has learnt that an application was made on 23rd April to cage-trap and shoot ten Buzzards across four sites to prevent 'serious damage' to Pheasant poults. The Society knows the applicant has sought licences to control Buzzards in previous years. Martin Harper added: "I am disappointed that a new licence application has been sought to control Buzzards to protect gamebirds. To our knowledge, there isn't convincing evidence to justify issuing licences for the control of Buzzards and we think the application should be rejected by Natural England, especially since they rejected applications for the same activity last year. It's time that wildlife licensing is conducted in a more transparent way. A test of a modern 21st-century society is one that is open and tolerates birds of prey and finds ways to live in harmony with them."

There are a variety of ways to prevent young Pheasants being killed by Buzzards. For example, by creating cover for the gamebirds, or by installing deterrents to keep Buzzards away. The RSPB has written to Defra calling for clear guidance to Natural England to reject all licences to control Buzzards to protect gamebirds.

"On 23 April 2014 Natural England received an application for a licence to cage trap and shoot ten common buzzard (Buteo buteo) in the vicinity of a site which has experienced loss to pheasant poults in recent years. "The application had been made by the operator of a pheasant rearing and shooting business on the site and is supported by the National Gamekeepers' Organisation.

After careful consideration, Natural England has concluded that the application does not meet the criteria that would permit lethal control to be licenced."