Peregrine Falcons nesting on a pylon have halted engineering work in Lincolnshire.

The nest was found on a transmission tower 20 m above the ground by workers near Stamford. Some of the work had to be rearranged and supervised by an ecologist to ensure the eggs, and later the chicks, were kept safe, National Grid said. 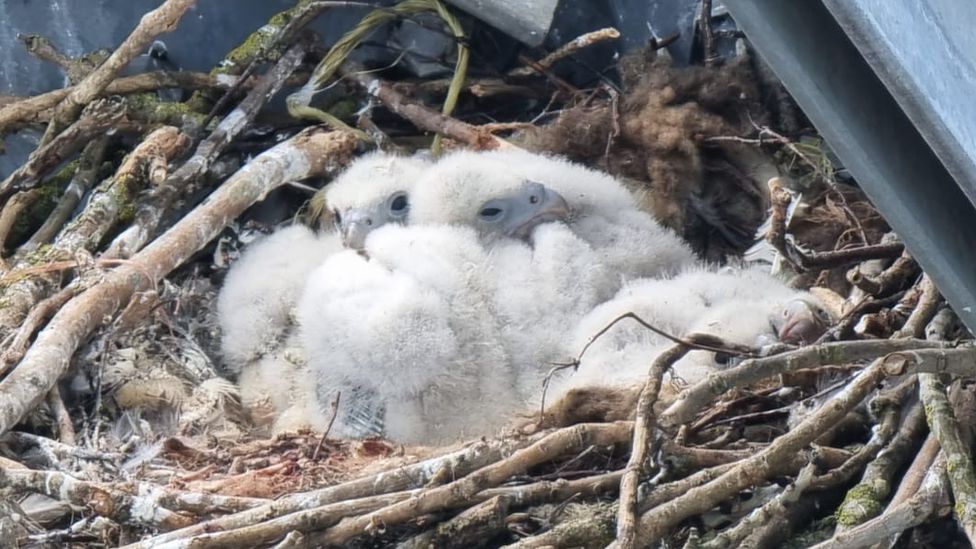 The young peregrines on the inadvertently discovered nest (National Grid).

The company said it was granted a special licence from Natural England to continue the work. Martin Bage, project engineer at National Grid, commented: "Outside of nesting season we carried out our usual bird mitigation measures. We fit nesting deterrents and remove old nests ahead of the main outage works. The aim of this is to deter birds from nesting on the towers to de-risk any impact on the main works.

"However, during the works, we discovered a nest that had been occupied by a pair of Peregrine Falcons who laid their eggs in the nest. At that point we had to stand the works down, as disturbance is prohibited unless licenced by Natural England".

"Once the young birds have fledged we'll remove the nest to complete this stage of the refurbishment. It is important that we take care of nature and wildlife whilst working on projects like this and we were happy to lend a helping hand."