A Peregrine Falcon has been found dead in South Yorkshire – and police believe it was deliberately poisoned.

The juvenile falcon was found in the Fish Dam Lane area of Barnsley in July after falling ill and died a short time later. Forensic tests have revealed the bird was poisoned with Bendiocarb – a highly toxic pesticide, South Yorkshire Police said. 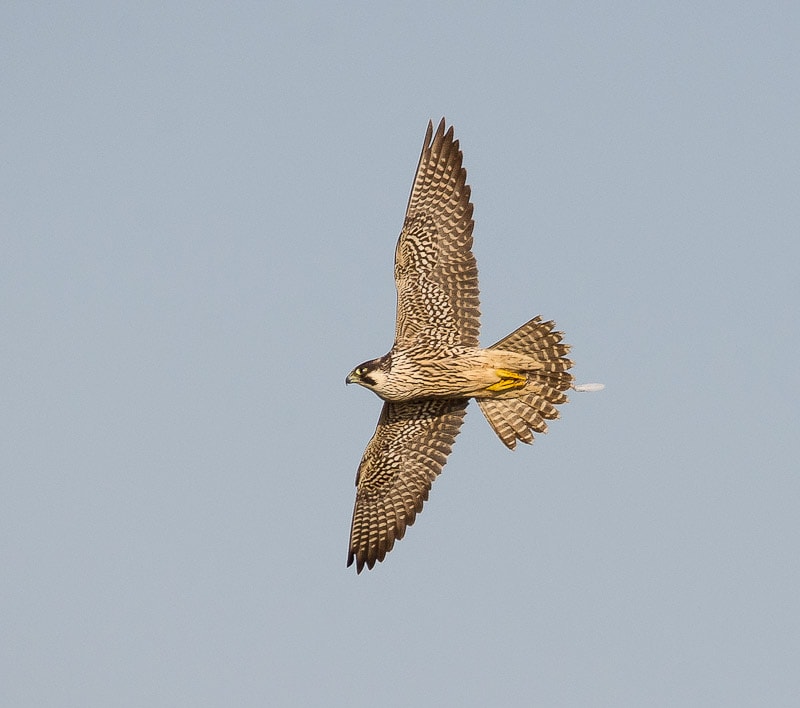 The juvenile Peregrine Falcon was poisoned with Bendiocarb (Barry Matlock).

Investigating officer Fran Robbs De La Hoyde commented: "This was a deliberate act that caused the death of a beautiful and protected bird. I am saddened by this and I am asking for your help to bring those responsible to justice. There is nothing to suggest that this bait was laid in open land."

Tom Grose, RSPB investigations officer, added: "Bendiocarb is one of the most commonly-abused substances for killing birds of prey and we have sadly seen it used for this purpose on many occasions. It is illegal to kill these birds, and we urge anyone with information to come forward."

The force has appealed for anyone with information to get in touch.