Scientists analysed the results from the 2014 Peregrine survey, producing an estimate of 1,769 pairs of this iconic aerial hunter breeding nationwide – 22 per cent greater than the previous survey, which was carried out in 2002.

This is largely thanks to population increases in lowland areas, particularly in England, where many Peregrine Falcons are now breeding on man-made structures. Out of around 500 monitored pairs in England, just over a quarter were on buildings, pylons or other man-made sites. The majority of these were in areas where a lack of suitable nesting crags would once have resulted in Peregrines being scarce or absent.

However, despite the success of the species in these newly colonised areas they are not doing so well in all parts of the country. The number of breeding Peregrines estimated for England is almost twice that reported in 2002, while in Wales the population is stable; on the Isle of Man and in Scotland breeding numbers fell, but there was a slight increase in Northern Ireland. 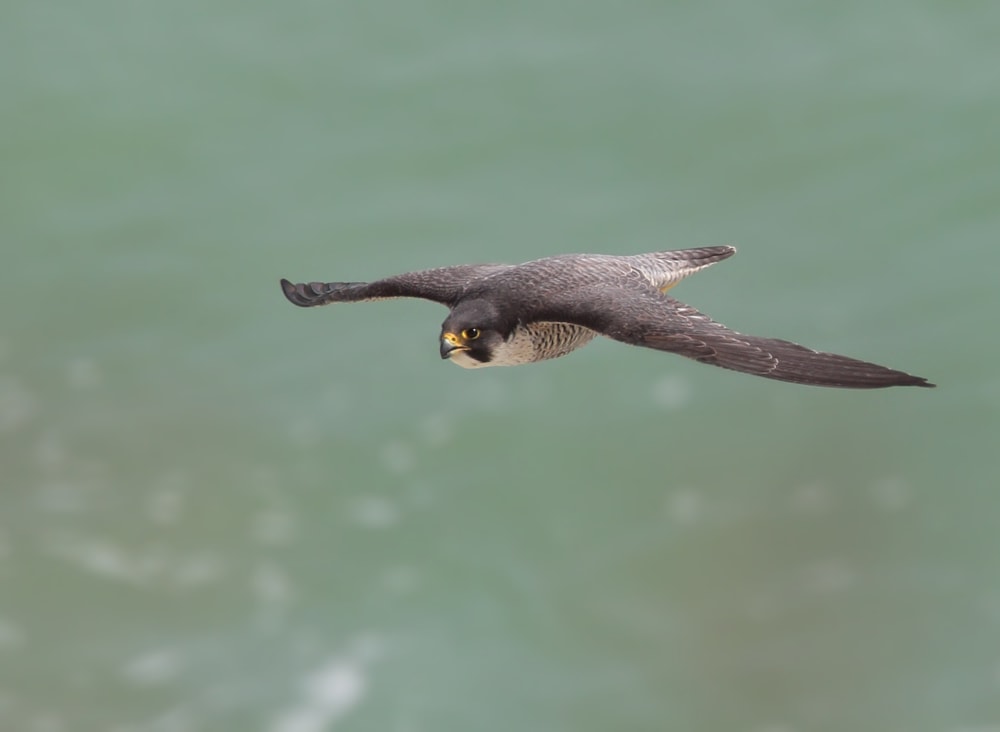 The UK Peregrine Falcon population has reached a historical high (Per Schans Christensen).

Within Scotland and England, trends varied between different regions. In both countries, populations in upland regions showed the greatest declines, while the regions that experienced the largest increases within the UK were in eastern England. In East Anglia, the Peregrine population increased from zero to an estimated 44 pairs between the two surveys. The Channel Islands were covered in this survey for the first time, with an estimated total of 16 breeding pairs found, probably covering the majority of the population on the islands.

Mark Wilson, lead author on the paper and Research Ecologist at BTO Scotland, said: “The UK holds a significant proportion of the European Peregrine population, and the reverse in fortunes of this incredible bird since the lows of the 1960s is great news for conservation. However, Peregrines remain exposed to a wide range of factors that could impact their population, particularly at a regional level. Peregrines in many upland areas are now faring more poorly than their lowland counterparts. It is thanks to the hard work of hundreds of volunteers who took part in the 2014 survey that we have a better idea of how these birds are doing and where there might still be pressures."

Factors limiting upland Peregrine populations probably vary between different regions. They are thought to include ongoing illegal killing and deliberate disturbance, and changes in food supply caused by decreased availability of prey in some upland areas.

Eileen Stuart, Head of Policy and Advice, commented: "Peregrines are spectacular birds which have been closely monitored by volunteers and organisations for decades in Scotland. It's good to see the number of Peregrines in some lowland areas increasing, but it's disappointing to see a decline in the uplands – particularly when the UK overall picture is positive. In the North-West, there has been a longer term decline with changes to food supply and exposure to environmental pollutants likely to be [still] affecting these birds. In some other areas, illegal persecution has been an issue which we, along with our partners in PAW Scotland [Protection Against Wildlife Crime Scotland], have been working hard to combat. As part of this the Scottish Government has also set up the working group to review all aspects of grouse moor management."