Pakistan's Supreme Court has banned the hunting of Macqueen's Bustard, as its numbers have radically declined.

The Ornithological Society of the Middle East (OSME) — which also covers the Central Asian countries that border Pakistan — recently reported the important decision made by Pakistan's Supreme Court to ban the hunting of Macqueen's Bustard.

The verdict was handed down on Wednesday 19 August and was welcomed by WWF-Pakistan (Worldwide Fund for Nature) since hunting parties from Arabian Gulf countries are known to have travelled to Pakistan's south-western Baluchistan province every winter to kill the bustard using hunting falcons, a practice that has sparked controversy in recent years because of the bird's dwindling numbers. The meat of the rare desert species is prized among Arab sheikhs for its alleged aphrodisiac qualities. 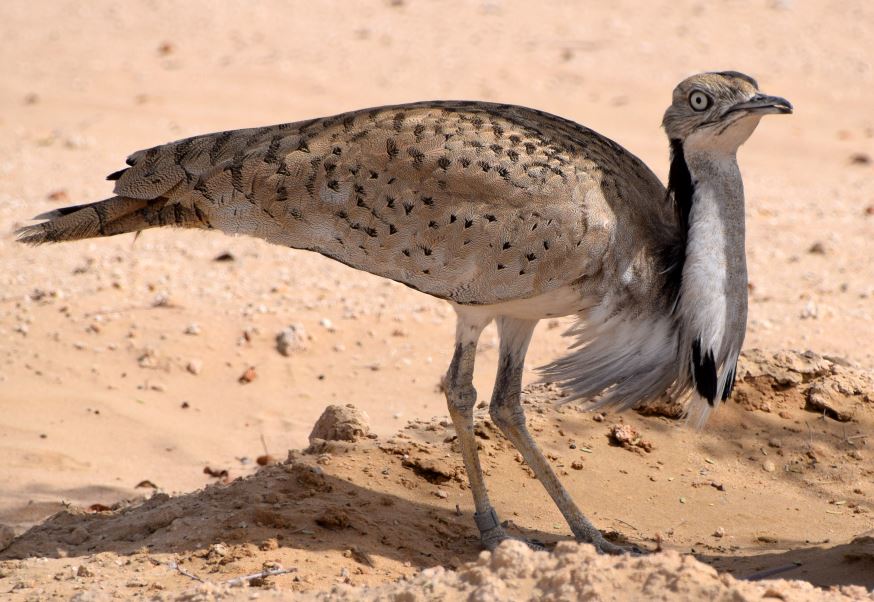 All licenses and permits issued by the federal government to foreign nationals and locals have apparently been revoked. The provincial government in Baluchistan cancelled all permits last year but the federal government under Prime Minister Nawaz Sharif continued to issue licenses, which have apparently now been cancelled. The issue has thrown the traditionally close ties between Pakistan and its allies in the Arab world, particularly Saudi Arabia, into sharp relief.

Ejaz Ahmed, Senior Director of WWF-Pakistan, said: "We recognise that illegal hunting and trapping of the Houbara Bustard are detrimental to the population of the species. WWF-Pakistan strongly believes that hunting permits should be issued by the relevant provincial departments only after extensive population assessments have been conducted. The breeding populations of Houbaras in Nag Valley, Baluchistan, should be extensively protected and more sanctuaries should be established to support migratory bird populations."

MacQueen's Bustard has been split from Houbara Bustard, its counterpart species found in North Africa. MacQueen's is found from Sinai across to India, including the Arabian Peninsula, with some birds wintering in East Africa. The International Union for Conservation of Nature includes the bird on its Red List of endangered species, estimating there are fewer than 97,000 individuals left in the wild, though the International Fund for Houbara Conservation has a reintroduction project for the species and has begun releasing captive bred birds at selected sites across the peninsula.

OSME says that it hopes this decision marks an important step in the efforts to protect this vulnerable and decreasing species and that the necessary laws will be strictly enforced.