Over half of the world's raptors in decline

A new study, led by biologists at The Peregrine Fund in collaboration with nine scientific organisations, has highlighted the plight of more than half of the world's birds of prey.

The research, which was recently released in the journal Biological Conservation, looked at the status of all 557 raptor species, as defined by BirdLife International's assessments of these species for the International Union for the Conservation of Nature's (IUCN) Red List. It revealed some staggering information, including the fact that 52 per cent of raptors have declining global populations, while 18 per cent are threatened with global extinction.

In recent history, human activities have accelerated the rate of biodiversity loss around the world. This loss could have unexpected negative impacts on human wellbeing. Dr Chris McClure, Director of Global Conservation Science at The Peregrine Fund, explained: "Raptors provide critical ecosystem services, but there has never been a systematic, global synthesis of their conservation status or threats. We needed to change that so we can identify and prioritise our conservation efforts."

One example of such a loss and the unexpected impacts on human health and welfare occurred on the Indian subcontinent during the 1990s when the populations of three vulture species crashed by 97-99 per cent, due to a newly introduced veterinary drug, diclofenac. When vultures consumed dead cows that had been treated with diclofenac, residual amounts of the drug in the cow's tissue caused kidney failure in the birds, leading to their death. The loss of vultures caused a rise in numbers of feral dogs, which in turn increased human rabies infections and deaths. In total, almost losing three species of vultures resulted in more than US$34 billion in medical expenses throughout the region. 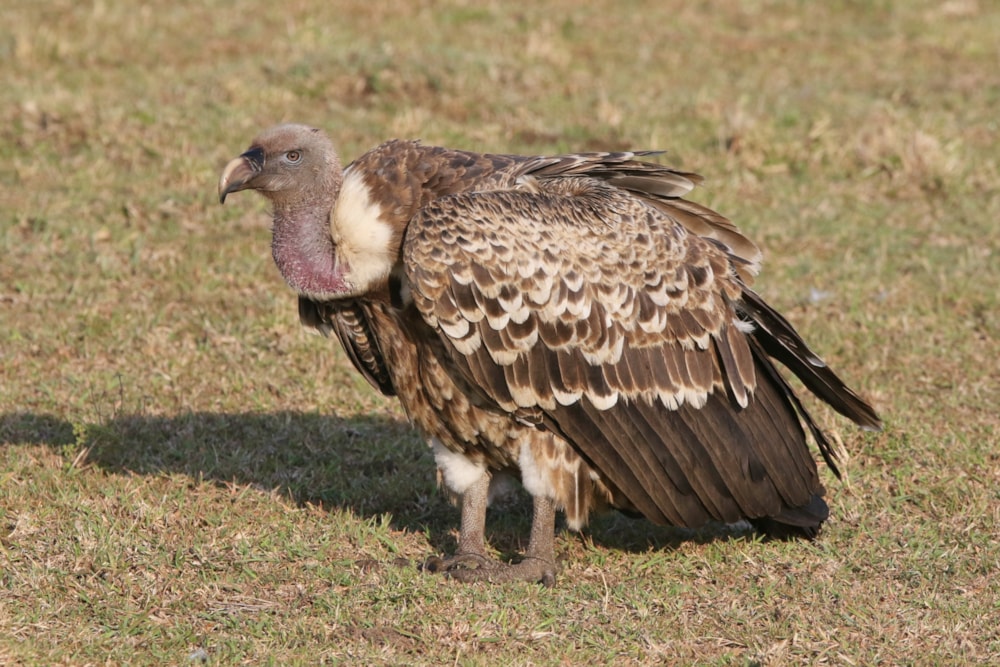 A significant proportion of the world's vultures are declining. Rüppell's Vulture, shown above, is classified as Endangered (Richard Bonser).

Dr Sarah Schulwitz, Director of the American Kestrel Partnership at The Peregrine Fund, commented: "By being at the top of the food chain and slower to reproduce than many other birds, raptors are more sensitive to threats caused by humans and are more likely to go extinct." These threats can include habitat alteration or destruction, intentional killing, intentional and unintentional poisoning, electrocution and climate change, as well as many other factors.

Researchers discovered that raptors are more threatened than birds as a whole. The study revealed that Indonesia has the highest richness of raptor species and the largest numbers of declining species, while birds of prey that rely on forest habitat are more likely to be threatened and declining, with agriculture, logging and poisoning all particularly common threats.

Across the globe, conservation efforts have resulted in legislative action to create special protection for specific species, protected areas for habitat that is critical for survival of birds of prey, industry best practices to prevent raptor mortality, and even the United Nations Convention on the Conservation of Migratory Species of Wild Animals (CMS) has developed a Memorandum of Understanding on the Conservation of Migratory Birds of Prey in Africa and Eurasia. This 'Raptors MOU' is an international agreement to conserve migratory raptors, such as critically endangered vultures, throughout Africa and Eurasia.

"Improving the status of raptor species requires a range of policy responses and conservation actions. These include identifying and conserving the key sites – Important Bird and Biodiversity Areas – on which particular species depend, addressing landscape-scale deforestation, and tackling the illegal killing and persecution of raptors, among others," added Dr Stuart Butchart, Chief Scientist at BirdLife International and one of the paper's co-authors. "This study provides new analysis to focus these efforts, and to underpin advocacy to safeguard some of the most iconic and spectacular birds in the world." 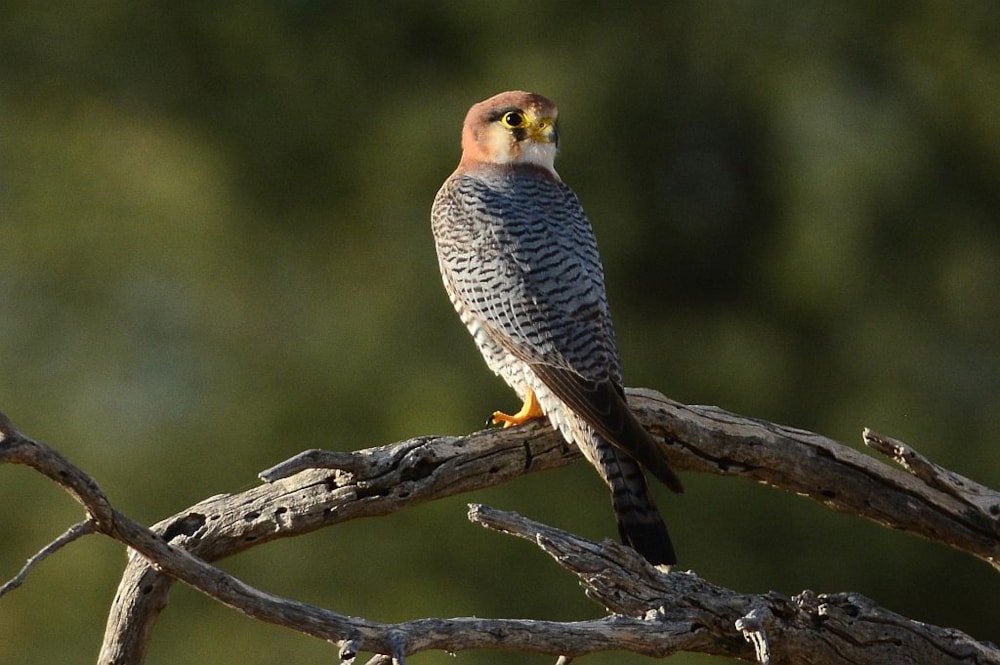 Despite its widespread world range, Red-necked Falcon is in decline (Tim Dean).