Naturalist Chris Packham has slammed the University of Cambridge for putting "absolutely outrageous" anti-bird nets over a row of trees.

Protective netting appeared on more than 20 trees at the Whittle Laboratory on JJ Thomson Avenue in the city last week. A university spokesman said the nets were added "to discourage birds from nesting" during building work. On Thursday night climate activists from Extinction Rebellion cut down and removed a number of the nets. 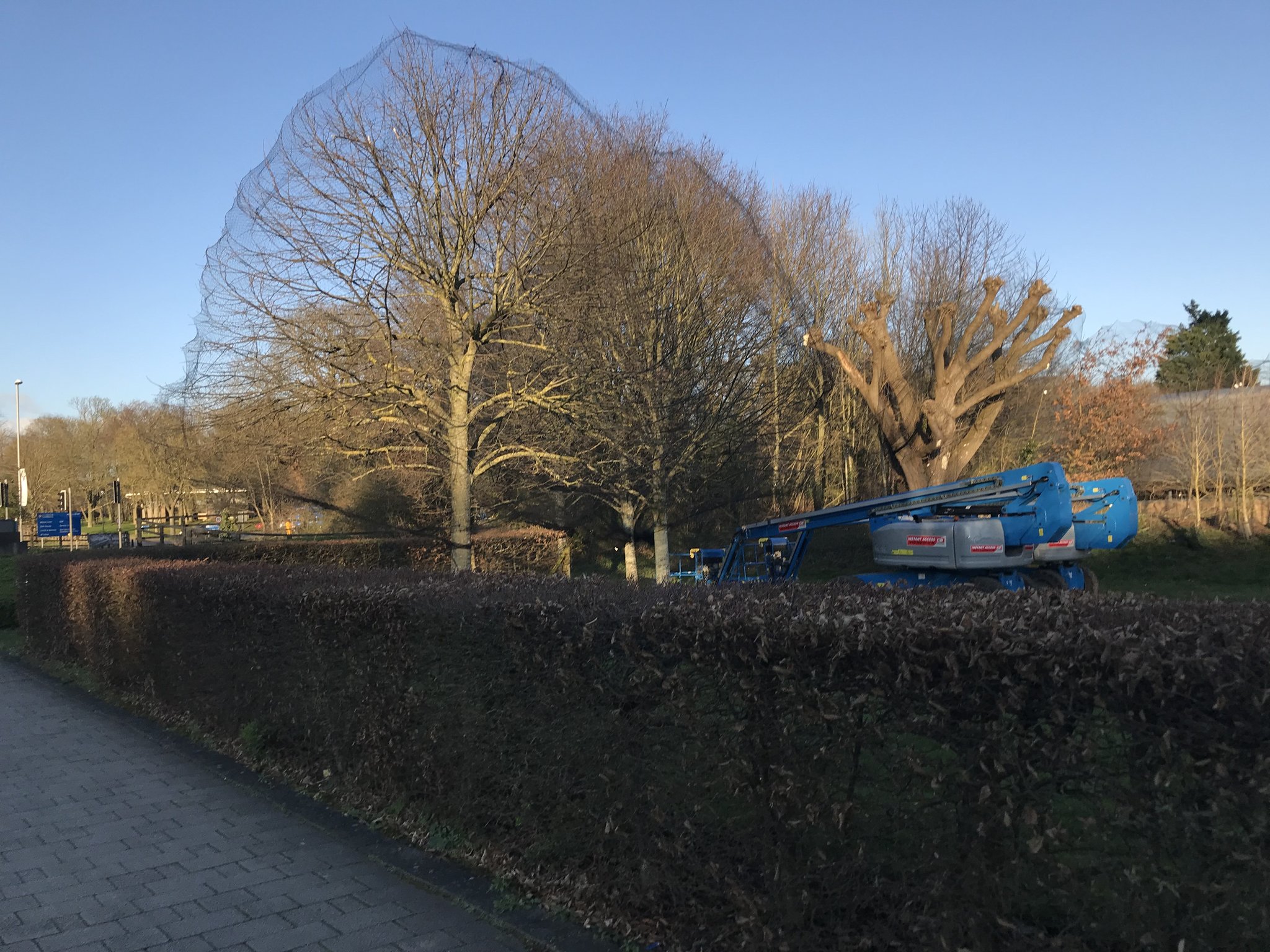 The anti-bird netting on some 20 trees at Cambridge University has caused outrage among some (Fiona Marshall / Twitter).

Responding to images posted on social media, Packham posted on Twitter: "Seriously? I thought we'd been through this last year! This is absolutely outrageous".

The use of netting on trees, bushes and hedgerows to prevent nesting birds is not illegal – but has long come under fire from conservation groups. Packham told the BBC: "At a time when many of our bird populations are in freefall and the majority of people are trying to conserve them, these nets are totemic symbols of the destruction or disturbance of their habitat."

If not fitted properly, he said they were "shown to be lethal”. "From my point of view ... nets mean trouble, so if you put them up you can expect it to follow."

The university initially said that the affected trees, near the Whittle Laboratory, "will be checked for wildlife three times a day." The spokesman did not confirm whether the trees would be cut down.

Martin Fowlie, of the RSPB, which is calling for new safeguards, said the decision to cover the branches is "morally dubious".

"In the middle of a climate and wildlife emergency, we cannot continue to squeeze nature into small spaces," he said. "Depending on the size of the mesh, it is difficult to exclude birds, they'll get through the gaps looking for food."

The university has recently been targeted by climate activists who have staged a series of blockades and action in the city. Members of Extinction Rebellion reacted to the bird nets by describing the university as "an enemy of nature" and removing some of the netting overnight.

"We've freed some of the @Cambridge_Uni trees from their nets," the group tweeted. "Habitat destruction is the number one reason for British bird collapse. This practice must end."

Responding to the huge wave of online criticism, the University of Cambridge has subsequently removed the remainder of the netting and released a statement in which it said "We are removing the netting over trees in West Cambridge that have upset people. The decision to use nets to discourage nesting birds ahead of building works was wrong and we unreservedly apologise."