“Most New Zealanders wouldn’t recognise a Tawaki as a native species,” said Thomas Mattern, researcher at Otago University, and penguin specialist part of The Tawaki Project.

“To date, little is known about their ecology,” Thomas added. He, together with Robin Long – who works as a ranger for the West Coast Penguin Trust and grew up in this remote environment – are now experts at crawling between jagged rocks and kayaking through rain-splattered fiords to find these 55-cm-tall penguins. As part of the Tawaki Project, they hope to learn more of the birds' breeding and foraging methods by using camera traps on nests and fitting waterproof GPS tags.

Fiordland Crested Penguins can be seen heading towards their breeding colonies on the forested slopes of New Zealand's South Island (travelwayoflife commons.wikimedia.org).

Despite the striking yellow feathers above their eyes, Fiordland Penguins are hard to see. Locally named after a Maori god that was believed to have walked the earth, Tawaki is a timid species that lives in small scattered colonies in the steep and humid forests of New Zealand’s fiords, a place only accessible by water or multi-day treks through clouds of biting sandflies.

While thousands of tourists brave bad weather for boat trips into these stunning landscapes, the plight of the Tawaki is not well known. On Stewart Island, too, the species hides in very dense vegetation and rock crevices, and even sea caves only accessible underwater. The penguins' range retreated rapidly with the arrival of humans, perhaps explaining why they are so timid.

Last summer, El Niño hit the penguins hard: data-loggers revealed some Tawaki heading up to 70 miles out to sea to search for food. “A lot of chicks died of starvation,” says Thomas. “We found some with just sticks and mud in their stomachs.” 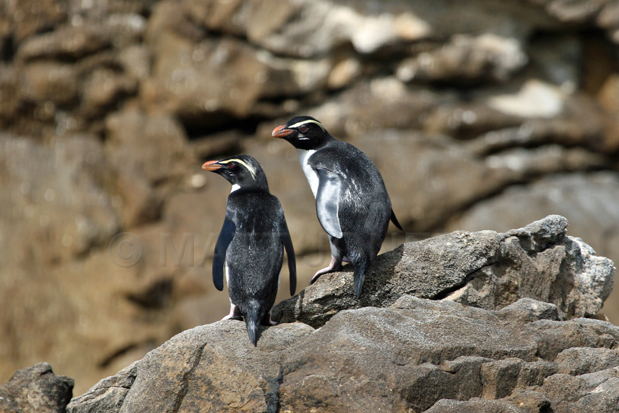 Most crested penguin populations have been declining during the last century, and Tawaki is no exception, listed by BirdLife as Vulnerable on the IUCN Red List. The population is estimated to range between 5,500 and 7,000 birds, and at some sites their numbers are believed to have declined by as much as 30 per cent in just 10 years.

While sandflies keep some humans away, introduced Stoats prey on penguin eggs and chicks. Rising ocean temperatures probably disrupt prey availability, while fisheries may compete for resources or result in accidental by-catch. Pollution from oil exploration could also become a major problem for the birds. Funding for more research is key: “We are only beginning to understand the threats Tawaki face,” says Robin. “We need to know a lot more to come up with effective ways to protect the species.” 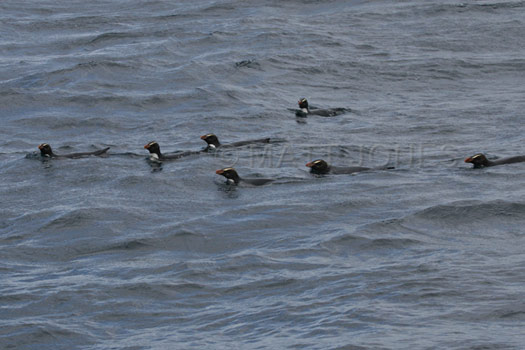