One of Scotland's rarest birds will be the subject of a national survey to see how the population is faring after years of decline. In Scotland, Choughs are only found in a small area of the south-west, with a remarkable 90% of the birds making their home on the island of Islay. A member of the crow family, Choughs primarily feed on insects and larvae and in particular those that are found in the dung of cattle.

A team of surveyors has now begun work to chart the fortunes of the charismatic birds, known for their striking red bill and legs and flamboyant flying style. Long-term monitoring has shown that the population on Islay has struggled in recent years. A drop in the survival of young birds led to the loss of 14 pairs — or 20% of the island's population — between 2002 and 2012. Researchers are particularly concerned about the survival rates of young birds in their first year. It is thought that variations in weather and food abundance could be having an impact on the survival of these sub-adult Choughs. The health of the island's coastal dune systems is a particularly important factor as they are vital foraging grounds for the birds. 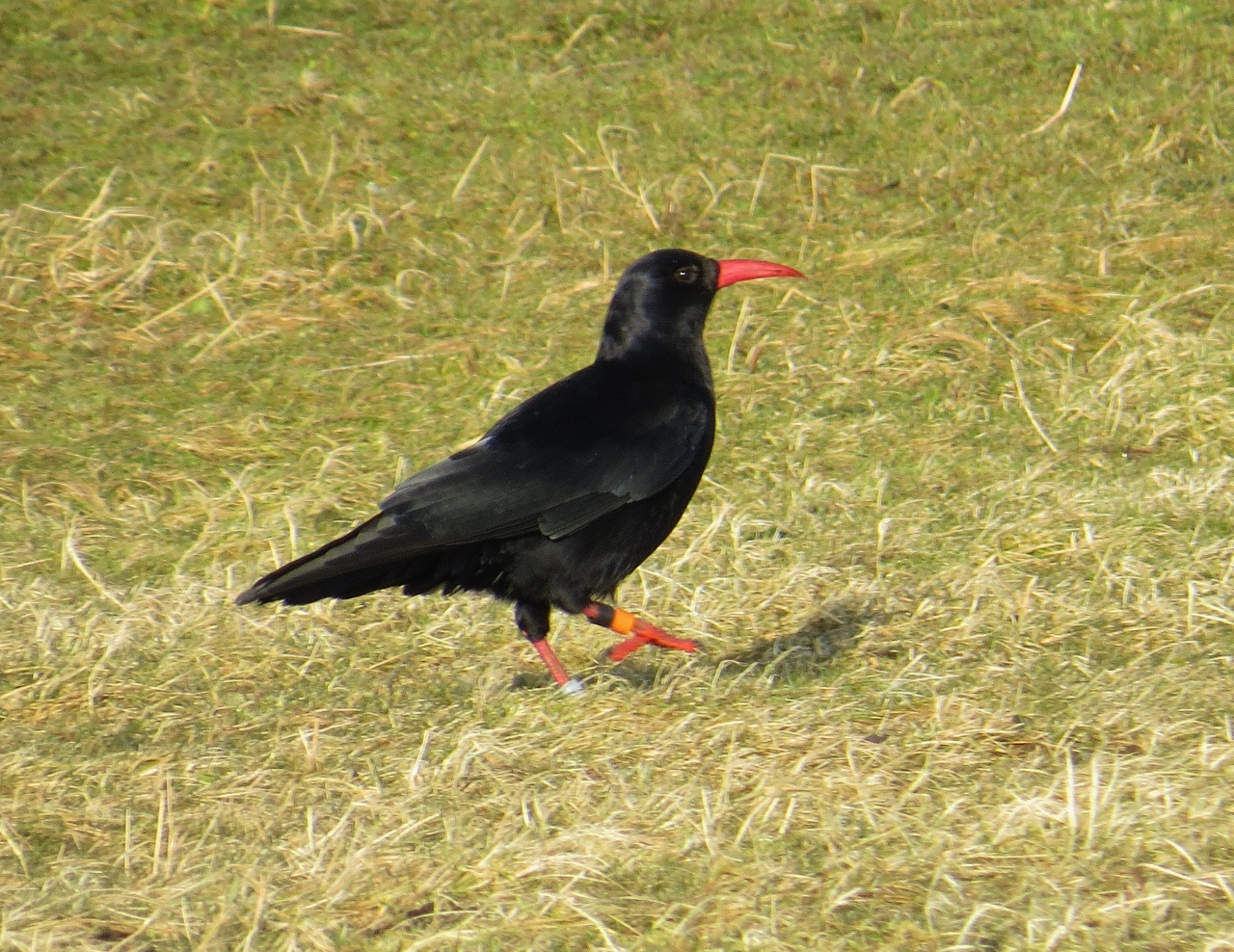 The work on Islay is part of a national study to give a better picture of how the birds are coping across the UK. The information gathered will help target conservation efforts for the recovery of the species in areas where it is in decline. RSPB research assistant Michal Sur walks up to 20km per day searching Islay's most remote areas for the birds. He said: "The core of the population breeds in old buildings or farm sheds inland but Choughs have also traditionally nested in caves along the coast. We have information on historical nest sites from previous surveys and are searching remote coastal areas in the north and east of Islay and try to find out whether any Chough are using these inaccessible sites. Choughs are quite easily spotted because of their distinctive flying style but unfortunately they are becoming a far less common sight, even on the stronghold of Islay."

Davy McCracken, Professor of Agricultural Ecology at Scotland's Rural College (SRUC), has worked with the Scottish Chough Study Group for more than 20 years. He said: "Since the last national survey in 2002, we have seen more extreme declines in Chough numbers, both in sub-adults and breeding pairs. The 2014 survey will allow us to set the annual monitoring we do on Islay in a wider context and will also allow us to see how accurate our estimates are for years when there is no national survey. It will also help us asses the impacts of a supplementary feeding programme, targeted at first year birds, which we established in late 2009 in response to extremely low sub-adult survival between 2007 and 2009. Chough are charismatic birds that are fantastic to see out on the cliffs of Islay or feeding on the dune systems. They are extremely acrobatic and lovely to watch. It would be very sad if they were to cease to be on Islay and Scotland were to lose this protected species."

The 2014 survey on Islay is a joint initiative between RSPB, SNH and the Scottish Chough Study Group, which has been monitoring Chough on Islay since the early 1980s. It is funded as part of the UK-wide 2014 National Chough Survey funded by RSPB and Natural Resources Wales.