New report reveals the ups and downs of Britain's waterbirds

Each winter Britain sees the arrival of millions of waterbirds of many different species from the Arctic and northern Europe. A report — Waterbirds in the UK 2007/08 — published today [Friday 19th February 2010] highlights some startling changes in the fortunes of these visitors over the last decade. 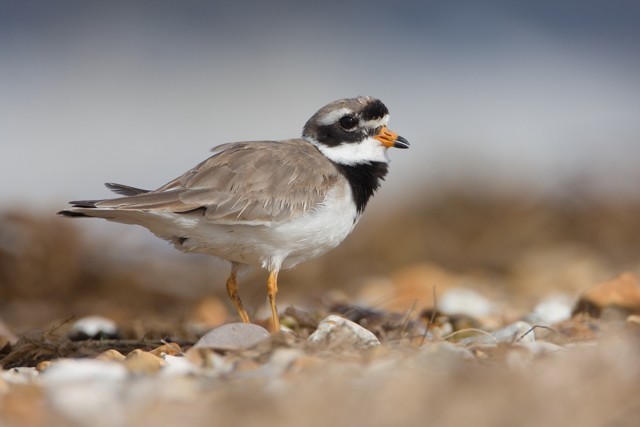 An analysis of the 50 most widespread winter-visiting wetland birds (excluding gulls) shows that there have been some very dramatic changes over the last decade. The birds faring the worst, compared with a decade ago, include Ringed Plover, Pochard, Bar-tailed Godwit and Greenland White-fronted Goose. The five species recording the greatest increases over the period include Little Egret, Whooper Swan, Black-tailed Godwit, Avocet and Greenland Barnacle Goose.

Some declining species, such as the Ringed Plover and Bar-tailed Godwit, seem to be shifting away from wintering in the UK, preferring to spend the winter in continental Europe. However, those species that have increased in number are doing so for a variety of reasons. Avocets are believed to have increased because of milder winters and targeted conservation action, while the Black-tailed Godwit and Whooper Swan, which migrate from Iceland, are thought to be increasing because of subtle changes in farming there, possibly linked to climate change. 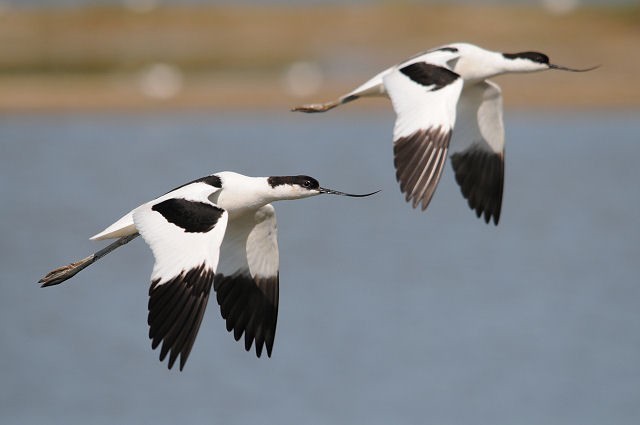 Dr Mark Avery is the RSPB's Conservation Director. He said: "Two aspects of this long-running study really stand out. Firstly, that bird populations change over time; understanding this is critical to developing future conservation strategies. Secondly, the UK's wetlands — and particularly those on the coast — are of enormous importance to the survival of a great number of waterbirds that migrate from many other countries. The protection and wise management of our wetlands is a priority to ensure that they continue to provide a lifeline to bird populations in the face of climate change, a view recognised by the Convention on Wetlands of International Importance."

Chas Holt, WeBS organiser, BTO, commented: "The changes in waterbird populations identified each year by Wetland Bird Survey (WeBS) volunteers highlight the importance of monitoring our wetlands. Without the dedicated efforts of WeBS volunteers throughout the UK, we would know far less than we do about how our waterbird populations are faring, and which sites are of most importance for them. Future research and conservation efforts, both at the national and international level, can be suitably directed using information collected by these volunteers."

Richard Hearn, Head of Species Monitoring at WWT, said: "Where declines of these migratory waterbirds have been noted in the UK, we must guard against assuming these birds are wintering further east in parts of Europe previously too cold. Climate-related changes in distribution have the potential to mask more serious conservation problems, so it is more important than ever that we get the complete picture by working with partners abroad to monitor these birds across their flyways."

David Stroud, of JNCC, said: "The UK has been working with Greenland, Iceland and Ireland to develop an international action plan for Greenland White-fronted Geese under the Agreement on the conservation of African-Eurasian migratory waterbirds (AEWA). AEWA provides a legal framework for countries to work together to conserve such waterbirds that move between many countries in the course of their annual migratory cycle. The monitoring data from WeBS are essential to enable the UK to fulfil its obligations under AEWA and other international treaties."

The annual report is based on the fieldwork of around 3000 bird surveyors participating in synchronized monthly counts at wetlands, including estuaries, marshes, lakes and reservoirs, across the UK. The UK is of global importance for wintering wetland birds and 225 wetland sites host one or more species in internationally important numbers and 85 hold an average of 10,000 or more birds. Over the last five years the most important sites for waterbirds in the UK have been (in order with the average number of birds): The Wash (371,308); the Ribble Estuary (238,160); the North Norfolk coast (206,703); Morecambe Bay (197,291); and the Thames Estuary (186,302). 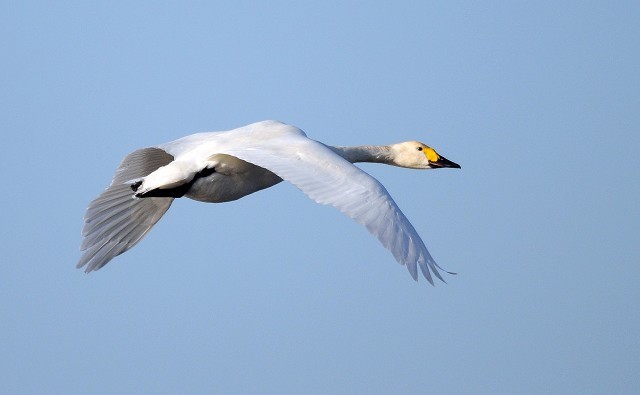 A total of 225 wetland sites in the UK support one or more species in internationally important numbers. A number of sites, on average over the last five winters, held over 50,000 birds each winter. The sites listed below include the average number of birds present each winter between 2003/04 and 2007/08.

WeBS is a partnership between the British Trust for Ornithology, the Wildfowl & Wetlands Trust, the RSPB and the Joint Nature Conservation Committee (the last on behalf of Natural England, Scottish Natural Heritage, the Countryside Council for Wales and the Council for Nature Conservation and the Countryside — Northern Ireland)
Written by: RSPB
Login to leave a comment
Return to List