The migration of millions of birds across the face of the planet is one of nature's greatest annual events. Every spring some species move north, while every autumn those same species move south, very often linking continents. Although these migration patterns are as regular as the seasons, monitoring is revealing that, for some species, fewer birds are making the journey each season as the populations of these birds, including species nesting in the UK, are declining rapidly.

The latest in the annual series of State of the UK's Birds report (published today, Thursday 16 October, 2014) includes a migratory birds section, including trends for 29 migrant species which nest in the UK in summer and spend the winter around the Mediterranean, or in Africa south of the Sahara Desert. For the first time the recent population trends for these migratory species have been combined into an indicator revealing some marked differences between species that winter in different areas. 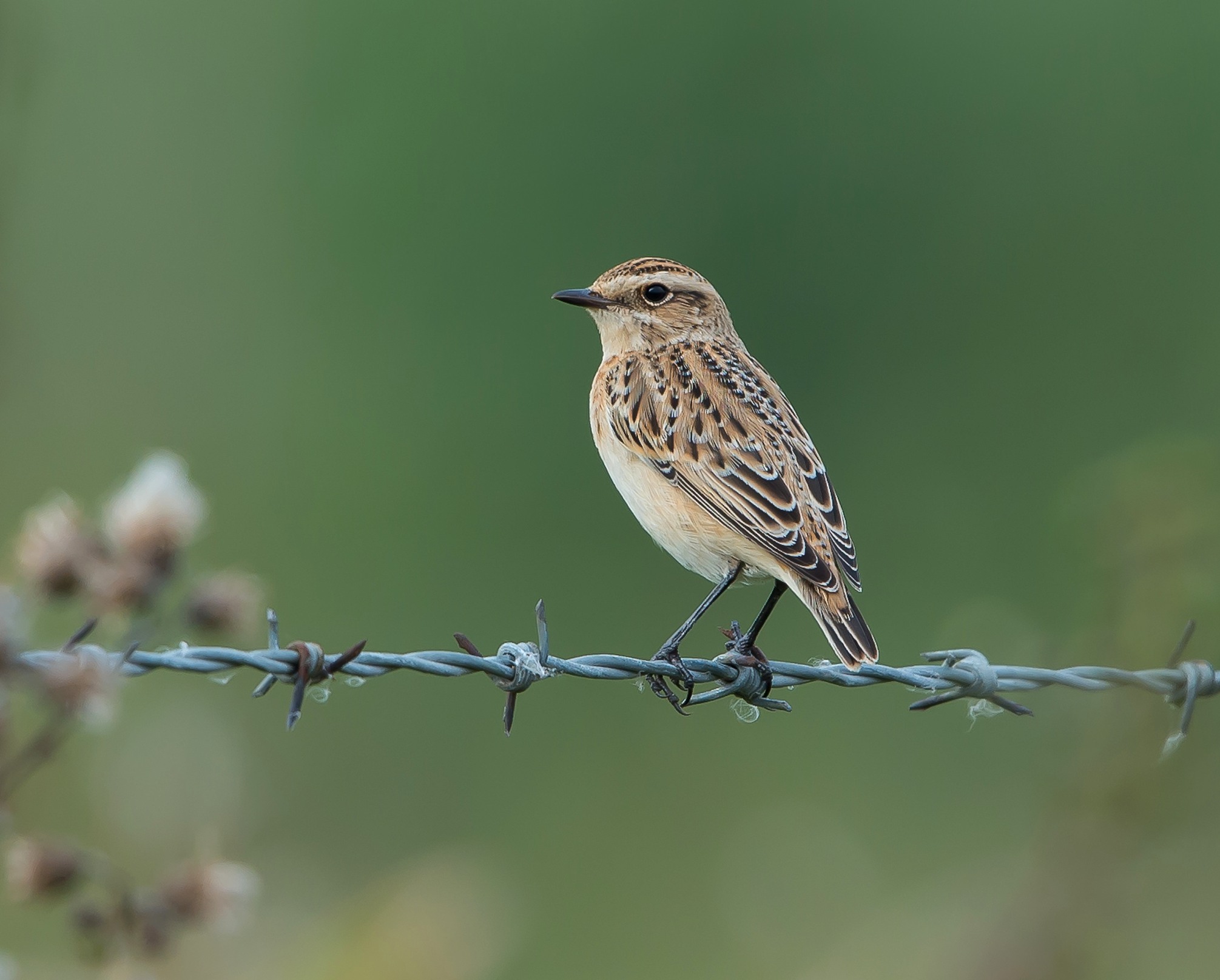 Species, such as Whinchat, Nightingale, Tree Pipit and Spotted Flycatcher, which winter in the humid zone of Africa — stretching across the continent from southern Senegal to Nigeria and beyond — show the most dramatic declines: the indicator for this group of species has dropped by just over 70 percent since the late 1980s. This contrasts with species, such as Sand Martin, Whitethroat and Sedge Warbler, wintering in the arid zone (just below the Sahara desert). These species have fluctuated considerably since 1970, but show a less than 20 percent decline overall. 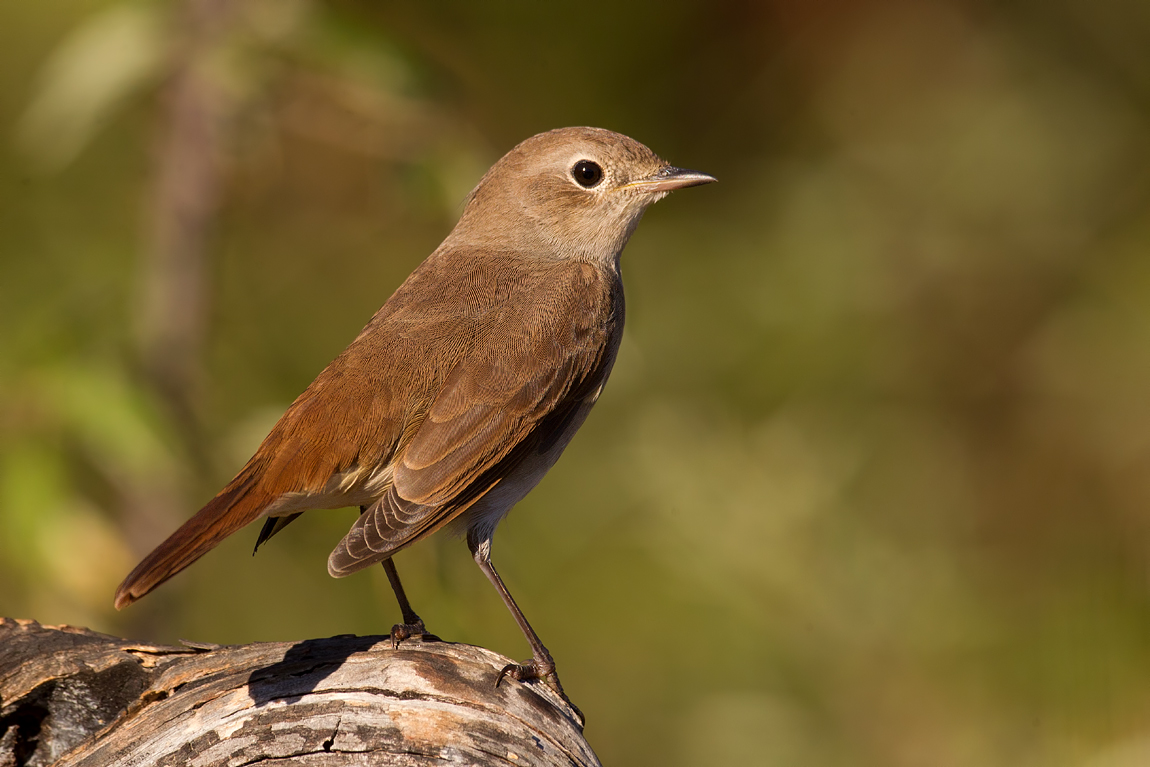 Nightingale has declined by 43 percent since 1995 (Photo: Dave Barnes)

Concern about migratory bird species is growing and future editions of the State of the UK's Birds report will contain a regular update to the migratory bird indicator. To understand the changing status of the UK's migratory birds, researchers need to understand more about what's driving these declines. Evidence is currently being gathered from a variety of sources including tracking studies and on-the-ground surveys.

Martin Harper, RSPB Conservation Director, said: "West Africa is the winter home for many species bird species that breed in the UK. But many of these birds that cross continents are in rapid decline. Their nomadic lifestyle, requiring sites and resources spread over vast distances across the globe makes identifying and understanding the causes of decline extremely complex. The problems may be in the UK or in West Africa, or indeed on migration in between the two."

David Noble, Principal Ecologist at BTO, said: "We can accurately monitor the patterns of decline in these once-familiar summer breeders thanks to several decades of careful observations by an army of volunteer birdwatchers. More recently, tracking devices have shed light on migratory routes and key wintering areas. To take appropriate action, further study is needed to determine the pressures faced in sub-Saharan Africa, as well as breeding here in the UK."

Colette Hall, Wildfowl & Wetlands Trust (WWT) Species Monitoring Officer said: "The length of many bird migrations — often thousands of miles — makes it very difficult to pinpoint where and what is causing populations to fall. So the more information we can get all along the migration routes — on land use changes, new infrastructure etc — the better we can target protection measures. It's important that we help build up the capacity of local bird organisations and volunteers across the world to provide vital information through their own long-term monitoring."

Alan Law, Director of Biodiversity Delivery at Natural England said: "It is self-evident that effective conservation of a migratory species requires appropriate measures to be in place at each step of the migratory cycle. For some species, there is growing evidence of pressure on breeding success here in England. Our focus therefore is to ensure that well-managed habitats are available in this country so that migratory species can breed here successfully; this work involves close collaboration with land managers both on designated conservation sites and across the wider farmed countryside."

David Stroud, Senior Ornithologist with the Joint Nature Conservation Committee, said: "Migratory birds depend on conservation actions in all the countries they move through in the course of their annual cycle. The UK is working with these countries to help improve the condition of their critical habitats through its participation in multi-lateral environmental agreements such as the Biodiversity Convention and the Ramsar Convention on wetlands."

The State of the UK's Birds report also covers the UK's Overseas Territories. The latest evidence reveals mixed fortunes for two important albatross populations in the UK's Overseas Territories. Seventy percent of the world's Black-browed Albatrosses nest in the Falkland Islands. A population increase here has allowed researchers to downgrade the extinction threat of this species from Endangered to Near Threatened. Sadly, the fortunes of the Grey-headed Albatross has deteriorated as declines have been reported in nesting colonies on South Georgia, which hosts half the world's population.