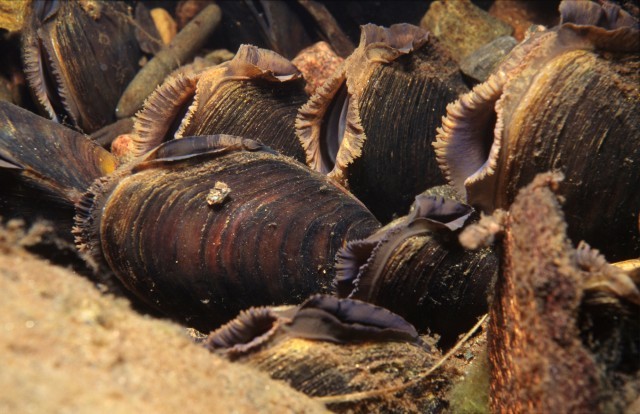 The ambitious project is being co-funded by the European Commission's LIFE+ fund following a successful application by Scottish Natural Heritage (SNH) with 14 other funding partners. The project will focus on 21 of our most important conservation sites for Freshwater Pearl Mussel stretching from Sutherland to Snowdonia. These sites are designated as Special Areas of Conservation under the EC Habitats Directive and have been identified as the most important for the Pearl Mussels' continued survival. The loss of these populations would have a catastrophic impact on survival of the Pearl Mussel in Europe. But, as well as benefiting the Freshwater Pearl Mussel, this project will have many wider benefits. It will improve water quality in several rivers by reducing pollution from agriculture, roads and forestry. Measures such as removing obstacles to make river channels more natural and planting riverside trees to protect the Pearl Mussels will also contribute to the restoration and conservation of salmon and trout populations as well as benefiting other species such as Otter.

Crucial to the project in Scotland is cracking down on wildlife crime. Freshwater Pearl Mussels are fully protected under Schedule 5 of the Wildlife and Countryside Act 1981 (as amended) and while the pearls that the mussels can produce have long been used in jewellery, their exploitation is now strictly prohibited. The project will therefore work with the police and fishery owners to implement 'riverwatch' schemes to help prevent the illegal persecution of Pearl Mussels. These schemes can also help reduce illegal salmon poaching. Doctor Iain Sime of SNH, who coordinated the funding bid, stressed: "The Freshwater Pearl Mussel has suffered a catastrophic decline across its former range. It is important and we need to care because it is an excellent indicator of good water quality, and we all need good-quality drinking water. This project will help us meet a number of important targets, including those in the new European Biodiversity Strategy. As part of the project we will be seeking to encourage agricultural land managers and woodland managers to take up simple measures that will improve the conservation of their local Freshwater Pearl Mussel populations. As part of the project we are aiming to restore river channels and plant trees along more than 70 kilometres of riverbanks to help provide the habitats which the Pearl Mussels need to flourish. We will also teach primary school children about the Pearl Mussel and its amazing life cycle. We are tremendously excited by this project which includes such a wide range of activities in so many places."

Environment Minister Paul Wheelhouse said: "I am delighted that the European Commission has supported this project and applaud SNH and the other partners for delivering it. This work will have undoubted benefits for this species for many years to come and I wish the project every success. I am particularly keen to welcome the enterprising work to be done in our schools across these islands as we endeavour to teach our schoolchildren about the importance of this species and the rivers in which it lives. The Freshwater Pearl Mussel is a highly sensitive indicator of good water quality. It needs pristine water to survive, and its continued presence in our river systems is a sign that our freshwater ecosystems are functioning as they should. Given the importance of such ecosystems in supporting our own health and wealth, this is clearly something we must strive to protect." 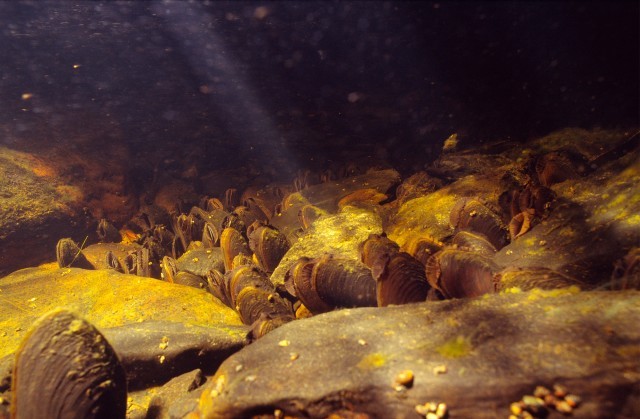 The life cycle of the mussel is fascinating: not only do Pearl Mussels live for more than 100 years but also the very youngest Pearl Mussels cannot survive without living on fish gills. Young mussels harmlessly attach themselves to the gills of juvenile salmon or trout over their first winter, before they detach themselves to live in the riverbed. However, in some populations this relationship appears to have stopped working as well as it should do. In order to help the Freshwater Pearl Mussels, project staff will help the young mussels attach onto the local juvenile fish. This will help the Pearl Mussel populations to complete their life cycle in populations that could otherwise die out in the coming decades. Alastair Driver, national conservation manager at the Environment Agency, said: "Pearl Mussel LIFE+ is a fantastic project, which not only aims to safeguard this unique and threatened species, but will also significantly improve water quality, and benefit a wide range of wildlife in many rivers throughout the north and west of the UK."

Callum Sinclair, director of Rivers and Fisheries Trusts of Scotland (RAFTS), added: "RAFTS, with 11 of our fishery trust members around Scotland and the Naver DSFB, are delighted to be playing a major role in this new project. [Much] of the education, protection and habitat restoration work will be coordinated by RAFTS and undertaken by fishery and river trust staff across Scotland; this shows our commitment to working with others to protect and improve our wider wildlife and freshwater environment as well as fish and fisheries. Whilst this project is about protecting and supporting our important populations of Freshwater Pearl Mussel many of the project activities deal with important habitat degradation and diffuse pollution problems that are problems also for salmon, sea trout and trout populations. By dealing with these issues we improve the lot of these fish populations and improve the outlook for the Freshwater Pearl Mussel who rely on salmonid fish to complete their life cycle. This project is a great example of the public and charitable sectors working together to improve and protect both our iconic Freshwater Pearl Mussel and salmon and sea trout populations."

And schools are set to get in on the act with a 'pearls in the classroom' package that will be provided in 150 school visits across England, Wales and Scotland. This will raise awareness of the Pearl Mussel amongst the schoolchildren of local communities as well as highlighting the species' important cultural history in Great Britain, its unusual lifecycle and that of its host fish species.