A new project is being launched in the heart of the Cairngorms National Park to save six of Scotland's rarest invertebrates.

Shining Guest Ant (Formicoxenus nitidulus), Dark-bordered Beauty, Small Scabious Mining-bee (Andrena marginata), Northern Silver-stiletto fly (Spiriverpa lunulata), Pine Hoverfly (Blera fallax) and Kentish Glory have all been identified as in need of urgent conservation action, with many of them having their last strongholds within the national park. 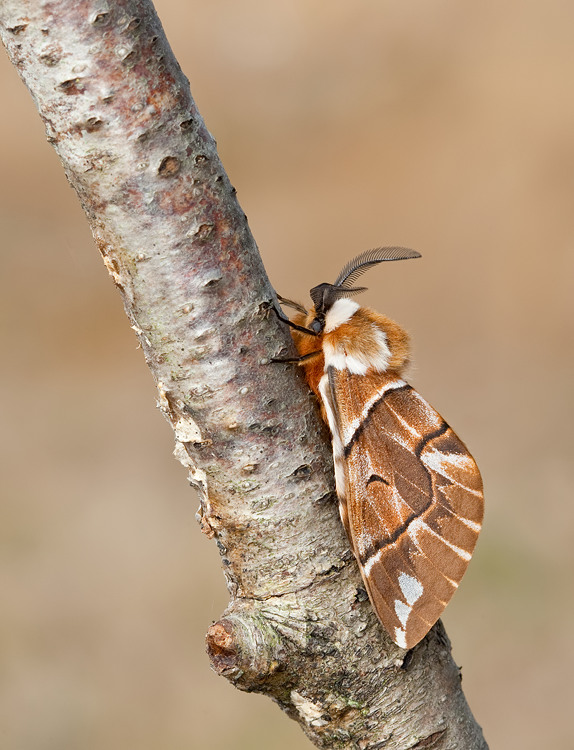 RSPB Scotland, the Cairngorms National Park Authority (CNPA), Buglife, Butterfly Conservation and Scottish Natural Heritage (SNH) will work in partnership on the Rare Invertebrates in the Cairngorms project over the next three years to improve the conservation fortunes of these range-restricted and hard-to-find insects.

Funded by the European Agricultural Fund for Rural Development, the initiative will involve recruiting volunteers to help with surveying work that will establish the size and distribution of the species' populations, as well as implementing practical management on the ground to help them thrive.

While the Cairngorms National Park is famous for wildlife such as Capercaillie, Scottish Wildcat and Red Squirrel, some of the smaller and lesser-known species can be even more fascinating. For example, Shining Guest Ants do not create their own nests, instead simply moving in to those of Wood Ants. The 'squatters' can be easily identified by their extremely shiny coat of armour.

Small Scabious Mining-bees can only be found in the Cairngorms, and feed exclusively on Devil's-bit Scabious, a plant named after its stubby roots which, according to folklore, had been bitten off by the devil.

Despite its name, Kentish Glory is only found in the north-east of Scotland. Notoriously difficult to survey due to its fast flight action, the team will be trialling a pheromone technique, which involves coating rubber stoppers with the scent of female moths and hanging from trees in an attempt to lure in the males and consequently make them easier to count.

Gabrielle Flinn, Projects Officer for the Rare Invertebrates in the Cairngorms project, said: "The Cairngorms National Park is well known for its iconic species such as Capercaillie and wildcat, but it's also the last refuge for some of Scotland's rarest insects. For the next three years, the project will be working to conserve some of these rare species spread across the parks key habitats, from aspen woodland to flower rich grasslands. We'll be relying on people in and around the park to lend a hand, so if you're passionate about the smaller things in life we'd love to hear from you."