Birds of prey continue to be illegally shot, trapped and poisoned, particularly on land managed for driven grouse shooting, according to the RSPB's annual report of illegal bird persecution.

Birdcrime 2018 – the only report summarising offences against birds of prey in the UK – reveals 87 confirmed incidents of bird of prey persecution in 2018. Victims included 31 Common Buzzards, 27 Red Kites and six Peregrine Falcons. Other species, including Hen Harrier, Red Kite and various owls, were also among the illegally killed. Intelligence, as well as scientific data from satellite-tagging raptors, suggests many more birds will have been killed and not found, and that these figures only offer a glimpse into a far larger problem.

Sixty-seven (77 per cent) of these incidents took place in England, with 12 in Scotland, five in Wales and three in Northern Ireland. Despite this, only one incident, from a 2017 investigation, resulted in a conviction during the year. 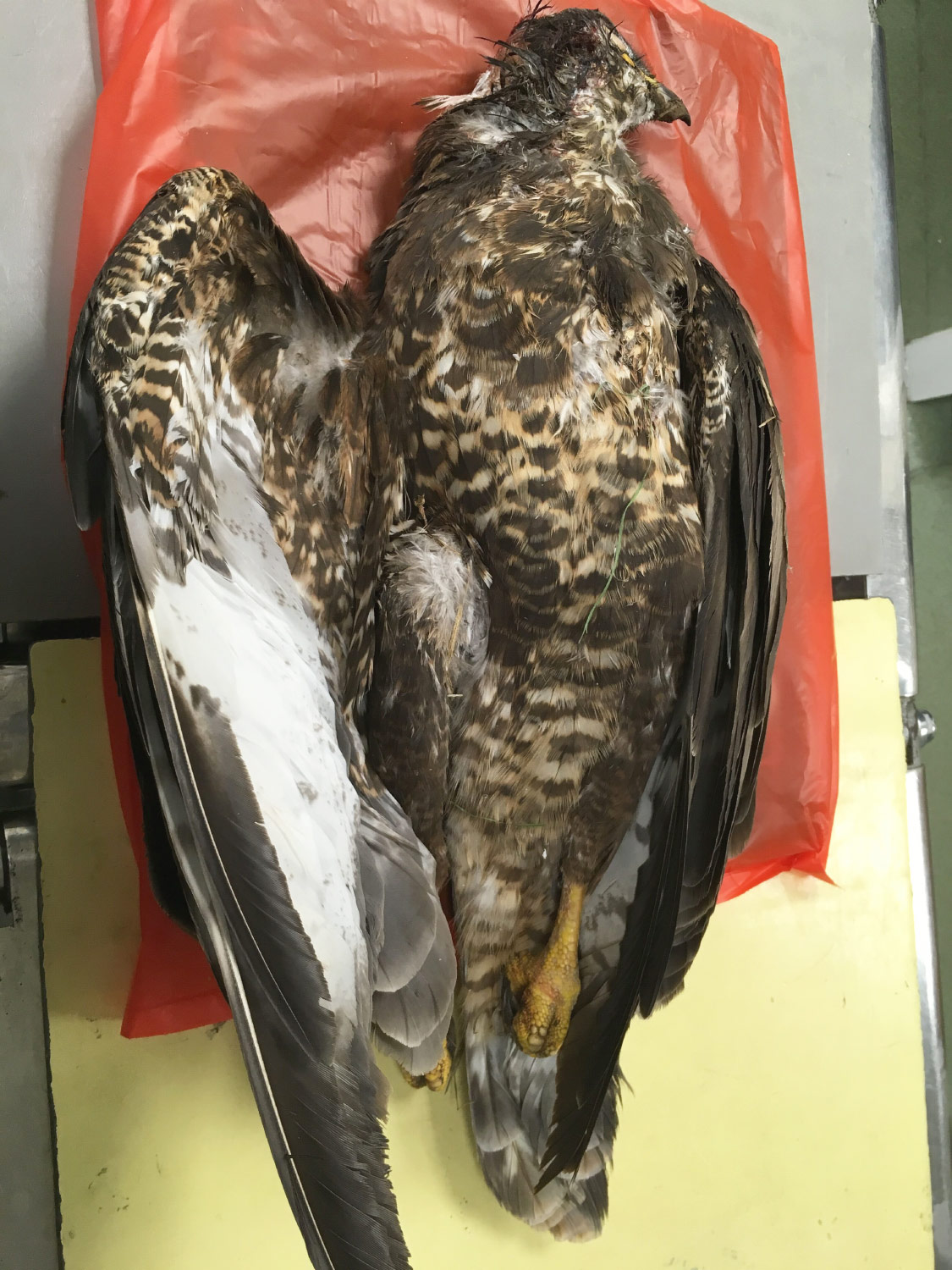 This Common Buzzard was found shot and poisoned in Yorkshire (RSPB).

The report also identifies illegal persecution black-spots in the Peak District, North Yorkshire and southern Scotland. Incidents were predominantly recorded in these upland areas where the land is managed for driven grouse shooting. All birds of prey are legally protected under the Wildlife and Countryside Act 1981, yet in many areas these laws are being widely ignored. On some grouse moors, birds of prey and other protected species are routinely and illegally trapped, shot and poisoned. Intelligence gathering, scientific studies and the monitoring of satellite-tagged birds continue to indicate a strong association between raptor persecution and grouse moor management.

A recently published 10-year scientific study using Natural England data revealed 72 per cent of satellite-tagged Hen Harriers were confirmed or considered very likely to have been illegally killed. It also found that the species is 10 times more likely to die or disappear over grouse moors, where birds of prey are often considered a threat to Red Grouse stocks. 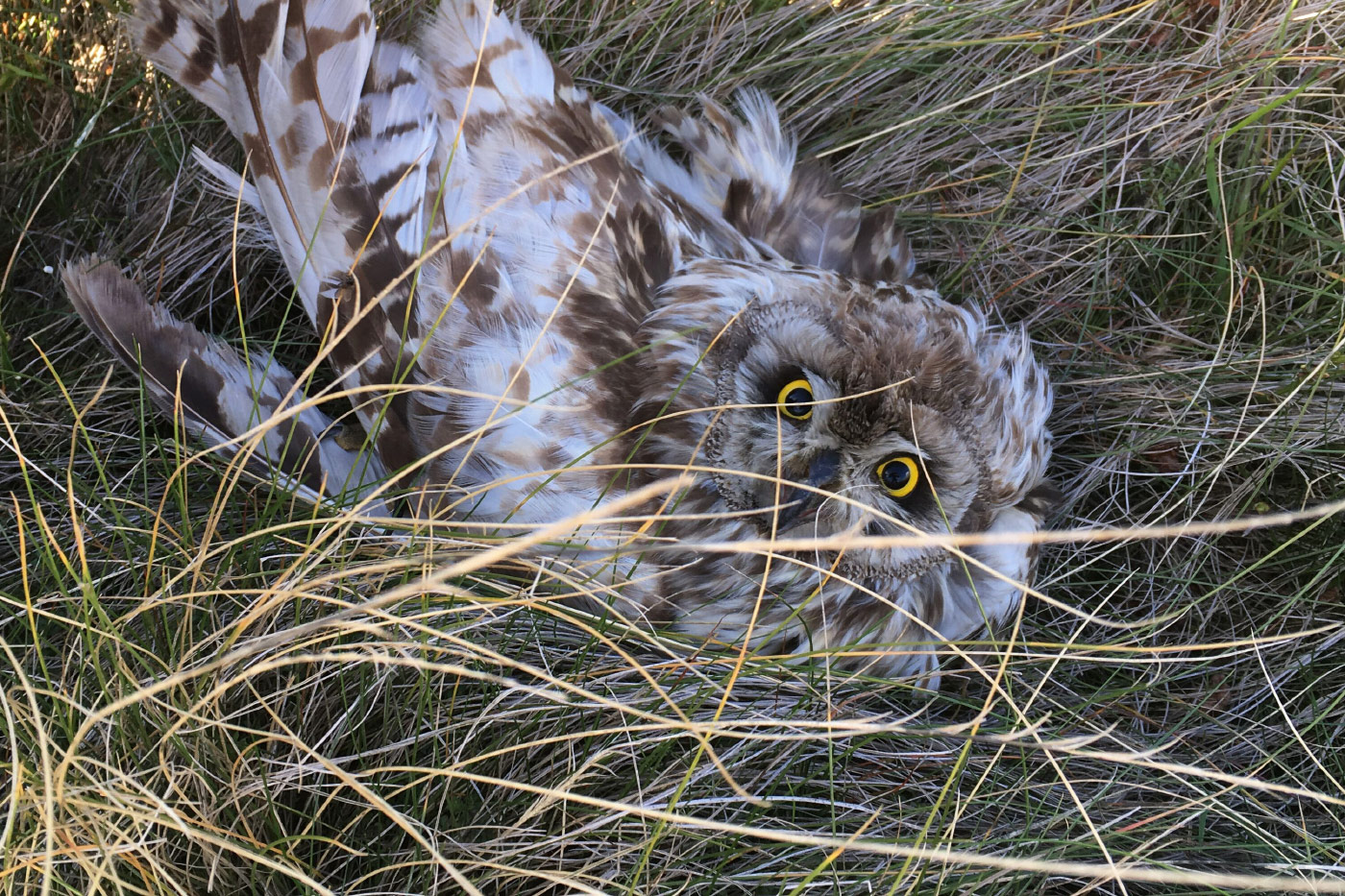 The RSPB Investigations team retrieved this shot Short-eared Owl from moors in the Peak District (RSPB).

Mark Thomas, Head of Investigations UK at the RSPB, said: "The illegal and widespread killing of birds of prey has gone on for too long. Current legislation and sentences are proving woefully inadequate and offering absolutely no deterrent to those who want to see birds of prey eradicated from our hills.

"Urgent and meaningful change is needed to the way our uplands are managed, to put an end once and for all to illegal killing and bring back biodiversity to these landscapes. Enough is enough."

Birdcrime 2018 also raises concerns over the environmental impact of intensive grouse shooting, including the burning of carbon-rich habitats which increases flood risks and releases excess carbon dioxide into the atmosphere. As a result, the RSPB is demanding an independent review of driven grouse shooting in England and strengthening its calls for grouse moors to be licensed across the UK. 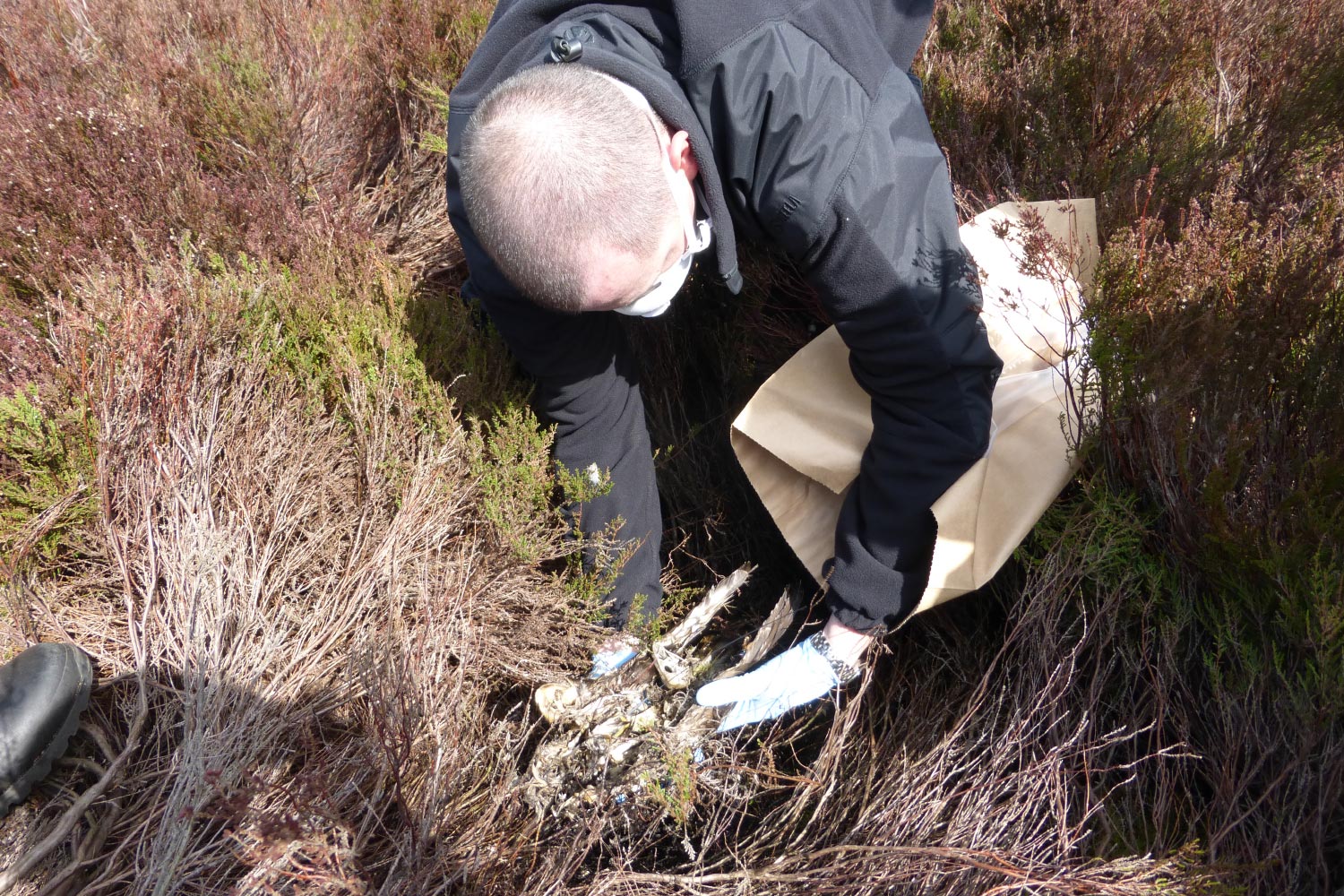 The body of a Hen Harrier named River was retrieved from a grouse moor and found to contain two pieces of shot (RSPB).

Martin Harper, Conservation Director at the RSPB, commented: "Any industry which includes criminal and environmentally damaging practices needs reform. The driven grouse shooting industry has, despite decades of warnings, failed to put its house in order – most shockingly turning a blind eye to the ongoing illegal persecution of birds of prey.

"Given we face a climate and ecological emergency, we believe it is time for governments to intervene. A first step should be, as is happening in Scotland, independent reviews of driven grouse shooting for the rest of the UK. Ultimately, the RSPB believes that change will only come through regulation."

The full Birdcrime 2018 report can be read online at the RSPB website.