The use of neonicotinoid pesticides may be contributing to the decline of butterflies in the UK, a new study by the Universities of Stirling and Sussex in partnership with Butterfly Conservation and the Centre for Ecology and Hydrology has revealed.

Previous studies have demonstrated that these chemicals appear to be harming bees, birds and other wildlife.

This is the first scientific evidence of a possible negative impact on widespread UK butterflies. The chemicals remain in the environment and can be absorbed by the wildflowers growing in field margins, many of which provide a nectar source for butterflies and foodplants for their caterpillars. 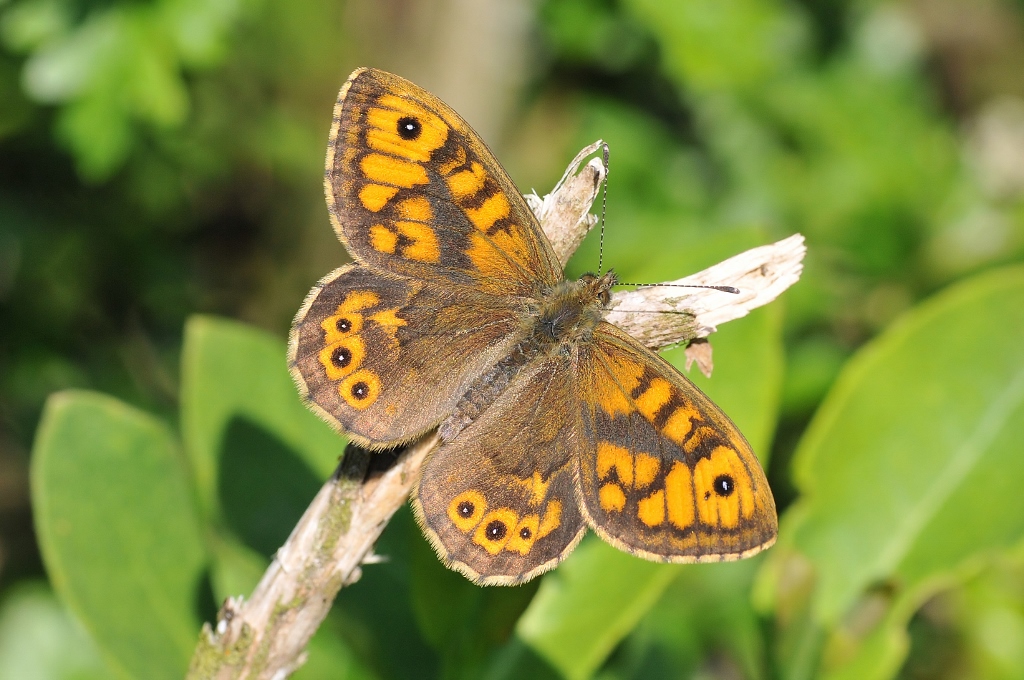 Wall was one of 15 British butterfly species to show a decline associated with neonicotinoid use (Photo: Bob Eade)

The study, published yesterday [24 November 2015] in the journal PeerJ, is based on data gathered by volunteers from more than 1,000 sites across the UK as part of the long-running UK Butterfly Monitoring Scheme (UKBMS).

Ecologist Dr Andre Gilburn of the University of Stirling, who led the study, said: "Our study not only identifies a worrying link between the use of neonicotinoids and declines in butterflies, but also suggests that the strength of their impact on many species could be huge."

Dr Tom Brereton, Head of Monitoring at Butterfly Conservation, said: "We are extremely concerned with the findings of the study and are calling for urgent research to see whether the correlations we found are caused by neonicotinoid use, or some other aspect of intensive farming.

"Widespread butterflies have declined by 58 per cent on farmland in England over the last 10 years giving concern for the general health of the countryside and for these and other insects in particular."

Dave Goulson, Professor of Biology at the University of Sussex, said: "Many of us can remember a time when our meadows and hedgerows had far more butterflies, bees and other insects than today. This study adds to the growing mountain of evidence that neonicotinoids are one of the causes of these declines."