Two recently satellite-tagged juvenile Hen Harriers have vanished in Lancashire in unexplained circumstances, and there is a £1,000 reward for information.

The female birds – named Sky and Hope – both fledged this year from nests on the United Utilities Bowland Estate, Lancashire, where they had been protected around the clock by RSPB staff and volunteers. Hen Harriers are England’s most threatened bird of prey species, and this breeding season there were only four successful nests in the whole country. Sky and Hope were among the first chicks to fledge in England since 2012, as none at all bred in 2013. The bad news follows the mysterious loss of a tagged Montagu's Harrier just last week, after which a £5,000 reward for information was offered.

Sky was officially named and adopted by pupils from Brennand’s Endowed Primary School in Slaidburn, Bowland. Hope was given her name by members of RSPB youth groups from Macclesfield and Leighton Moss, Lancashire. The birds were both fitted with lightweight solar-powered satellite tags, designed to be operational for around three years. Satellite tags are frequently used by conservation organisations to find out more about the movements of species. For example, The British Trust for Ornithology has been following the migration of tagged Common Cuckoos since 2011. 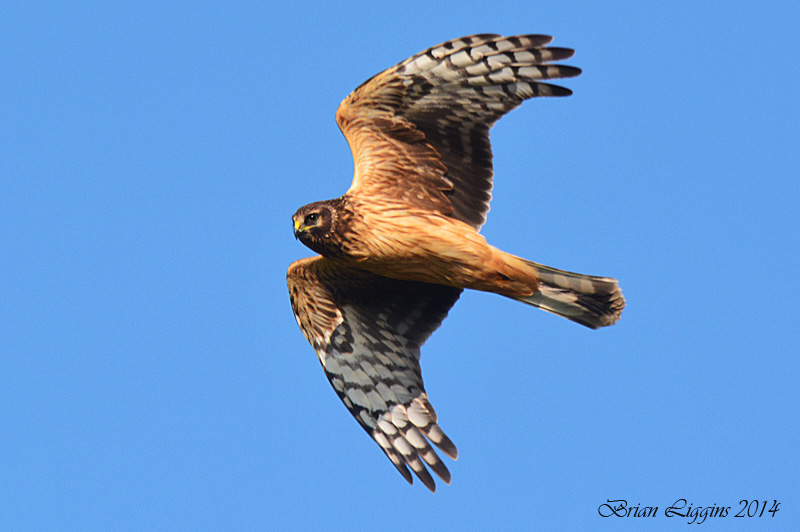 Scientists tracking the movements of the young Hen Harriers became concerned when their tags suddenly stopped transmitting. Sky’s satellite signal stopped on the evening of Wednesday 10 September, with data suggesting she was roosting at her last known location, while Hope’s last signal was sent on the morning of Saturday 13 September. Both of the birds had left their nest sites on the United Utilities Estate several weeks earlier but had remained in the Bowland area since fledging. Searches were made but neither has been recovered.

Experts think it improbable that the loss of satellite transmission is due to technical failure. Only a tiny percentage of Hen Harriers fitted with satellite tags since 2007 have stopped transmitting when it was known that the tracked bird was alive.

Bob Elliot, RSPB Head of Investigations, said: “In our experience, this technology is normally very reliable and it is rare for [the transmitters] to fail for technological reasons. Losing two birds in such a short time frame and in the same geographical area is strange. Based on the last known data, Sky appears to have suffered a catastrophic tag failure at roost suggesting either natural predation or human intervention as the likely causes for the sudden failure to transmit. However, we would not expect natural predation to stop the tag transmitting data so suddenly. Hope’s tag was transmitting reliably, with no evidence of any technical problems.”

TV presenter and Hen Harrier campaigner Chris Packham said: “It’s incredibly disheartening to discover that two of this year’s chicks have already apparently failed to survive. It shows how vulnerable Hen Harriers are, and that four nests are nowhere near enough. Without satellite tagging, these disappearances might never have come to our attention but technology is on our side and we will keep watching.”

The disappearance of the birds has been reported to Lancashire Police and the RSPB is offering a £1,000 reward. Anyone with information about either of the birds should contact Crimestoppers on 0800 555 111 or call the RSPB’s confidential hotline on 0845 466 3636.