More Critically Endangered birds than ever before

BirdLife International's latest evaluation of the world's birds has revealed that more species than ever are threatened with extinction. A staggering 1,227 species (12%) are now classified as Globally Threatened but the good news is that when conservation action is put in place, species can be saved. "In global terms, things continue to get worse — but there are some real conservation success stories this year to give us hope and point the way forward", said Dr Leon Bennun, BirdLife's Director of Science and Policy.

BirdLife International's annual Red List update, on behalf of the IUCN, now lists 192 species of bird as Critically Endangered, the highest threat category, a total of two more than in the 2008 update. 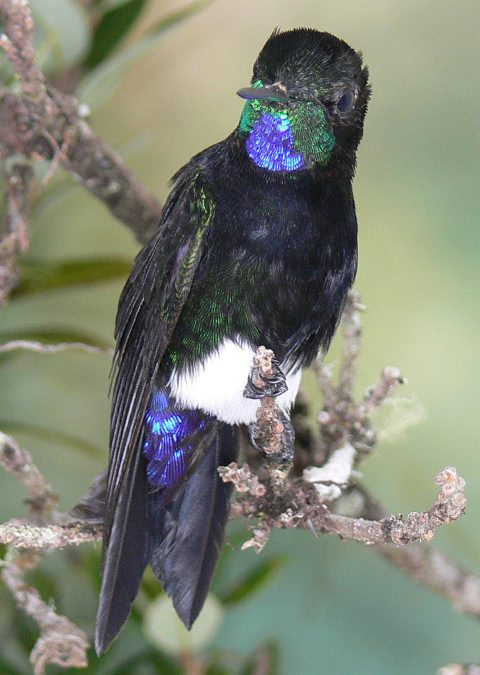 A recently discovered species from Colombia — Gorgeted Puffleg Eriocnemis isabellae — appears for the first time on the IUCN Red List, being listed as Critically Endangered. The puffleg, a flamboyantly coloured hummingbird, only has 1,200 hectares of habitat remaining in the cloud forests of the Pinche mountain range in southwest Colombia and 8% of this is being damaged every year to grow coca. 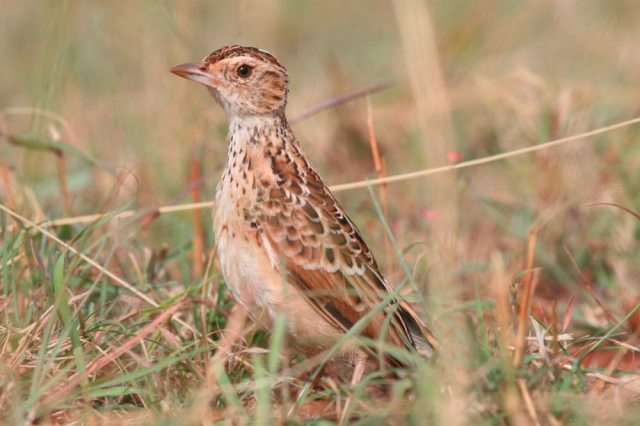 Sidamo Lark Heteromirafra sidamoensis from the Liben Plain of Ethiopia has also been uplisted to this category due to changes in land use, and is in danger of becoming mainland Africa's first bird extinction. And coinciding with the 200th anniversary of Charles Darwin's birth one of the Galapagos finches, Medium Tree-finch Camarhynchus pauper, also becomes Critically Endangered, partly as a result of an introduced parasitic fly.

But it's not only rare birds that are becoming rarer; common birds are becoming less common. In eastern North America, Chimney Swift is fast disappearing from the skies. Following continent-wide declines of nearly 30% in the last decade alone, this common species has been uplisted to Near Threatened.

"Across Africa, widespread birds of prey are also disappearing at an alarming rate, and emblematic species such as Bateleur and Martial Eagle have been uplisted as a result. These declines are mirrored in many species, in every continent", said Jez Bird, BirdLife's Global Species Programme Officer. 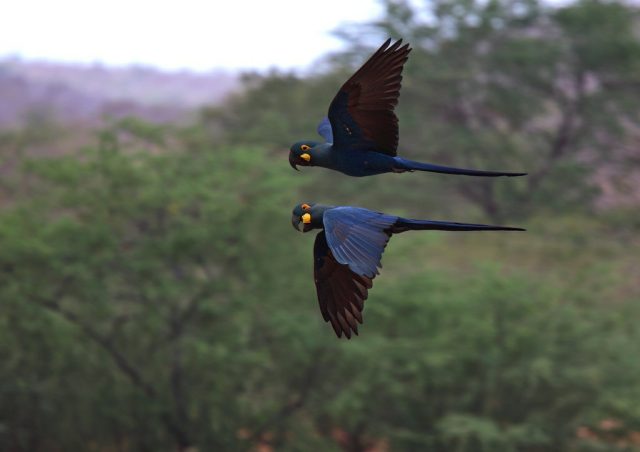 But it's not all doom and gloom: conservation does work and there are some great examples in this year's IUCN Red List. In Brazil, Lear's Macaw Anodorhynchus leari has been downlisted from Critically Endangered. Named after the English poet, this spectacular blue parrot has increased four-fold in numbers as a result of a joint effort of many national and international non-governmental organisations, the Brazilian government and local landowners. 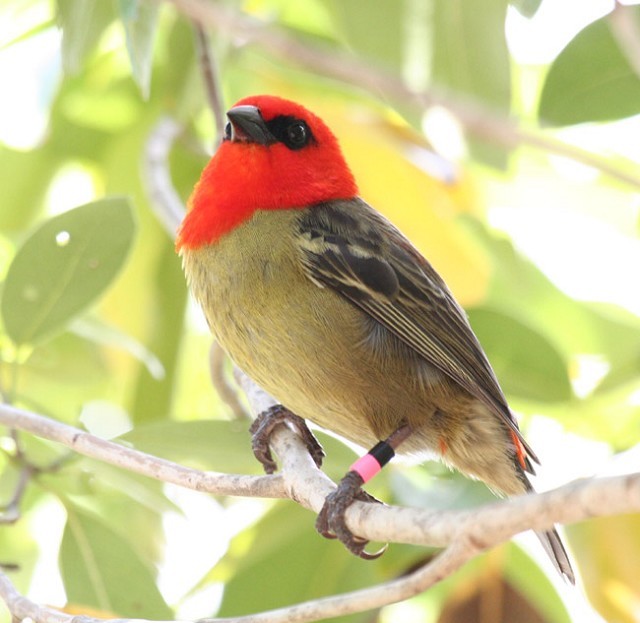 In New Zealand, Chatham Petrel has benefited from work by the New Zealand Department of Conservation and has consequently been downlisted from Critically Endangered. And in Mauritius the stunning, Mauritius Fody has been rescued from the brink after the translocation and establishment of a new population on to a predator-free offshore island. It has now been downlisted to Endangered. Similar work is now also underway for 32 Critically Endangered species as part of the BirdLife Preventing Extinctions Programme.

"Both the petrel and fody have suffered from introduced invasive species, and tackling these is one of the 10 key actions needed to prevent further bird extinctions that BirdLife has identified. What this year's Red List changes tell us is that we can still turn things around for these species. There just has to be the will to act and the resources to back this up", said Dr Stuart Butchart, BirdLife's Global Research and Indicators Coordinator.

"It extremely worrying that the number of Critically Endangered birds on the IUCN Red List continues to increase, despite the number of successful conservation initiatives around the world", said Simon Stuart, Head of IUCN's Species Survival Commission. "The IUCN Red List is the global standard when it comes to measuring species loss so we urge governments to take the information contained in it seriously and do their level best to protect the world's birds."