Managing a changing climate for wildlife in England

New research suggests the populations and distributions of 75 per cent of 3,000 plant and animal species in England are likely to be significantly altered by climate change by the end of the century.

A newly published paper in the journal Biological Conservation assesses the impact of climate change on the distribution of more than 3,000 British plants and animals across 17 taxonomic groups.

Given a 2°C increase in average global temperature by the 2080s, just over a quarter (27 per cent) of species were judged to be at medium to high risk of losing a substantial proportion of their current ranges, while more than half (54 per cent) could significantly expand their ranges. The most vulnerable species were northern and upland species, including birds such as Dotterel and Red Grouse, flowering plants including Crowberry and damp-loving mosses and liverworts. 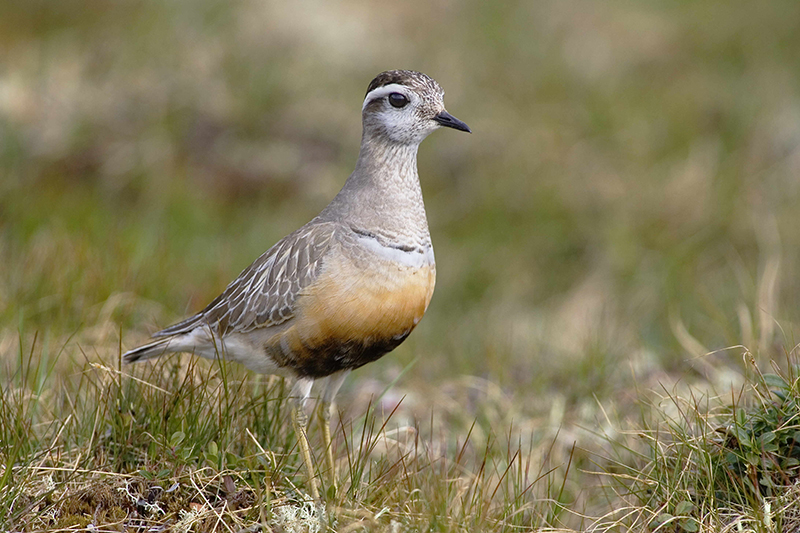 Dotterel is already Red Listed as a Bird of Conservation Concern; the research found that it is particularly vulnerable to climate change.
Photo by Edmund Fellowes (www.bto.org).

Conversely, wasps, bees, ants and many southerly distributed species such as Dartford Warbler and Emperor dragonfly were thought likely to thrive in response to warmer temperatures, and would be able to colonise new areas assuming suitable habitat was available.

A more detailed study of 400 species included information on population trends and took into account other factors known to make species more vulnerable to climate change, such as restriction to small, localised populations. This more comprehensive assessment found that these other factors increased the proportion of wildlife at risk from climate change to 35 per cent, with 42 per cent likely to have opportunities to expand.

The report emphasises the need for conservation action to increase wildlife’s ability to survive climate change. Potential beneficiaries of climate change will not be able to expand their range if they lack areas of suitable habitat to move into. Action is needed to protect and enhance networks of semi-natural habitats for species to colonise. Direct management may help otherwise threatened species to adapt to a warmer climate.

“This is arguably the most wide-ranging assessment of climate change impacts on species so far published in the scientific literature,” commented Dr James Pearce-Higgins, Director of Science at the British Trust for Ornithology (BTO) and lead author of the study. “It provides valuable information for conservationists, who need to plan for changing species’ distributions and an uncertain future.

"There is an opportunity for all of us to get involved to reduce this uncertainty, by contributing to biological monitoring and recording schemes run by organisations like the BTO, Biological Records Centre and Botanical Society of Britain and Ireland (BSBI). This will enable us to better track changes to the natural world as they occur, and improve our assessments of the future.”

Dr Colin Beale from the University of York and co-author added: “This new research suggests climate change may result in widespread changes in the conservation status of many of England's plants and animals. In England, we're likely to see more winners than losers if we manage land in the right places to facilitate expanding populations, and this research will also help us identify where we have the best chance to help species expected to do poorly without appropriate actions.”