Almost one in five British mammal species faces a high risk of being lost from the country, according to the first comprehensive review of mammal populations for more than 20 years. In particular, Red Squirrel, Scottish Wildcat and Grey Long-eared Bat are all listed as facing severe threats to their survival, the Mammal Society has revealed. 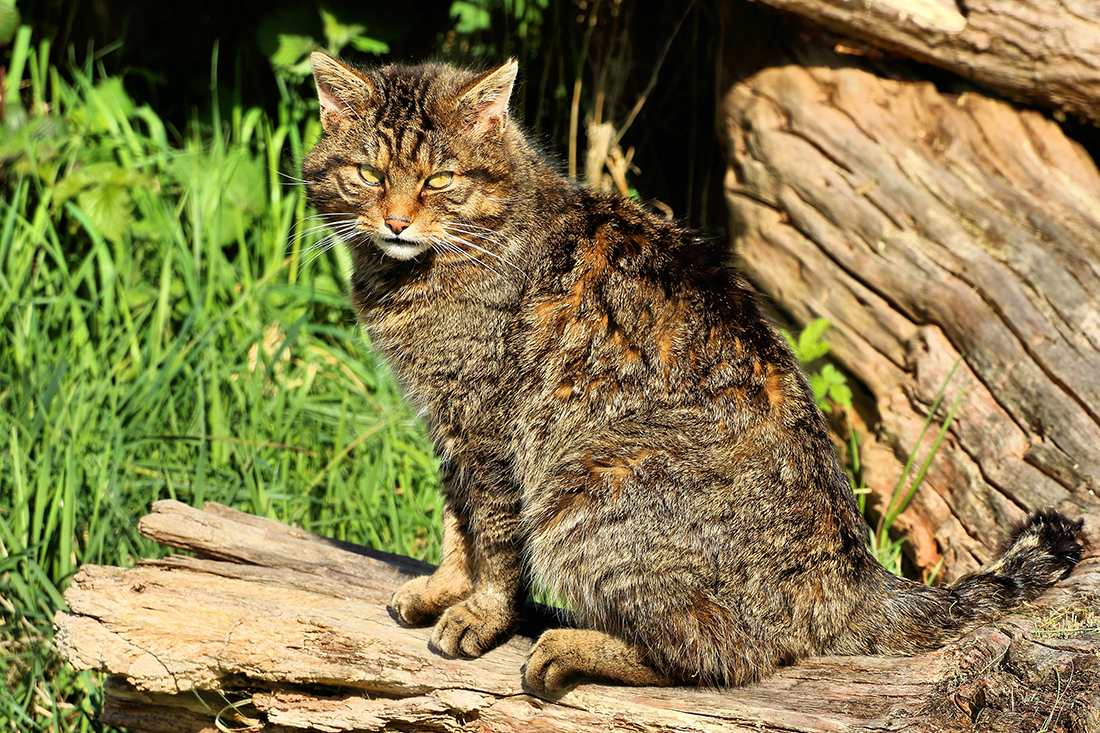 The review, commissioned by Natural England in partnership with Scottish Natural Heritage and Natural Resources Wales, also found that other mammals such as Northern Hedgehog and Water Vole have undergone severe population declines by up to 66 per cent over the past 20 years.

Climate change, habitat loss, pesticide use and road deaths are all putting pressure on some of Britain’s 58 terrestrial mammal species, whose current status, historical and recent population trends, threats and future prospects have been assessed in the review. The work will prioritise conservation actions and underpin strategy for future research efforts.

Fiona Mathews, Mammal Society Chair and Professor of Environmental Biology at the University of Sussex, said: “This is happening on our own doorstep, so it falls on all of us to try and do what we can to ensure that our threatened species do not go the way of the lynx, wolf and elk and disappear from our shores forever.”

Following the launch of the new report, which incorporates 1.5 million biological records and data from almost every 10-km square in Britain, the Mammal Society is calling for more research to be carried out urgently to get an even clearer and more accurate picture of Britain’s mammal populations. Unlike birds, which have benefited from several generations of atlas fieldwork and long-term monitoring of populations and distribution over many decades, many species of mammals – including common animals such as European Rabbit and European Mole – are comparatively little known.

Last month, the Society launched a Mammal Mapper app to enable amateur naturalists and members of the public to record and submit sightings of mammals using smartphones. It is hoped this citizen science initiative will contribute important data to future surveys of British mammals.

Professor Mathews, lead author of the Review of the Population and Conservation Status of British Mammals, added: “The report highlights an urgent requirement for more research to assess population densities in key habitats because at present, uncertainty levels are unacceptably high. It is possible that declines in many species are being overlooked because a lack of robust evidence precludes assessment. There is also an urgent need to quantify precisely the scale of declines in species such as [Northern] Hedgehog, European Rabbit, Water Vole and Grey Long-eared Bat. Effective and evidence-based strategies for mammal conservation and management must be developed before it is too late.” 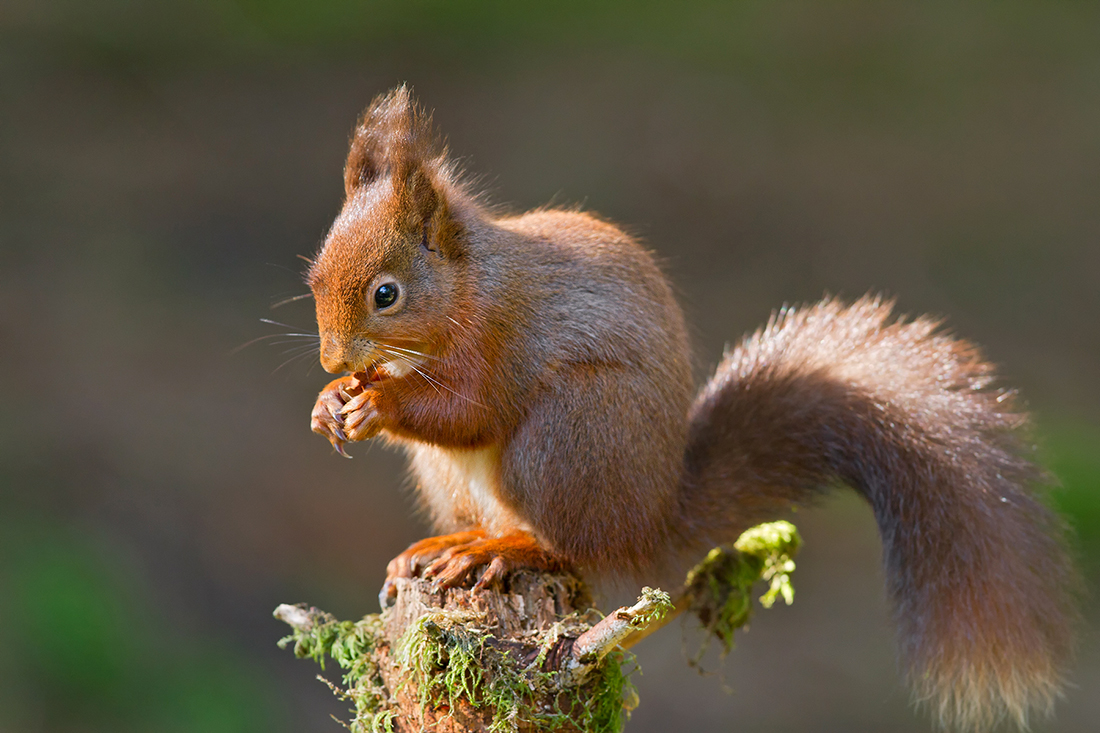 However, the report also reveals positive trends for some mammals. Five species have increased in numbers in 20 years, and 18 have increased their geographical range. European Otter, Pine Marten, Polecat, European Beaver and Wild Boar are all now found in more locations than they were two decades ago, although many of the ‘success stories’ are species introduced to Great Britain, such as Grey Squirrel and Reeves’s Muntjac. Surprisingly, given their importance to both humans and wildlife, there is very little information on Brown Rat and House Mouse – population estimates are around 7 million and 5 million respectively, but could in reality be much higher or lower.

Overall, the total population of all wild terrestrial mammals in Britain is thought to be in the region of 260 million. Of the 58 species, 44 are native (including reintroduced European Beaver and Wild Boar), seven have been naturalised since at least Roman times, and the remaining seven are more recent introductions. European Rabbit is the most widespread species, occurring in almost every grid square, while at the opposite end of the scale, Scilly Shrew (the Lesser White-toothed Shrew population restricted in Britain to these islands) has the smallest range, occurring in just 16 square kilometres on Scilly. The hot-spot for British mammals is Wareham in Dorset, with a remarkable 44 of the 58 species recorded.

Natural England Senior Specialist for Mammals, Katherine Walsh, who co-ordinated the project, said: “This project has significantly improved our understanding of the current status of terrestrial mammals known to breed in Great Britain, which is essential to underpin our efforts to protect them and their habitats. Natural England has been leading the way in efforts to recover these vulnerable species, notably through the ‘Back from the Brink’ project which aims to support the recovery of mammals and other species through habitat improvements across England.”

Liz Halliwell, Mammal Ecologist for Natural Resources Wales commented: “The project has given us a better understanding of the status of many of the mammals in Wales. It has underlined the importance of having good data for all our mammal species, including some of our most common and widespread. Given the varying patterns of distribution across Britain, understanding area population trends is important.” 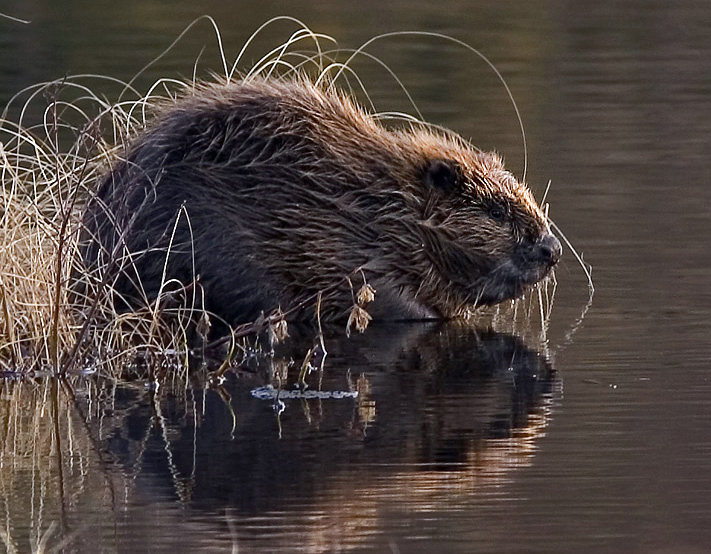 The reintroduced European Beaver by Per Harald Olsen (CC-BY-SA-3.0 via Wikimedia Commons).