Vulture Conservation Foundation (VCF) has reported that a census of summering Griffon Vultures in the western Alps has produced a significant increase in numbers.

The count has taken place since 2010 and covers the western Alps of France and Italy, through co-operation with national and natural parks, ornithological associations and other partners. As in previous years, the area prospected covered the French Alps from the Rhone in the west to the Italian border in the east and south to the Mediterranean, and to Lake Geneva in the north.

The census always takes place in the second half of August, when summering griffons are at their most sedentary – before this there are still erratic spring dispersions, while September sees the vultures start moving back to their perennial ranges. Counts were conducted in the evening (5-8 pm) in known roosting places, as birds returned from their daily foraging trips.

Other vulture species are also counted during the survey, and 2017 produced 14 Lammergeiers, 10 Cinereous Vultures and six Egyptian Vultures.

The results confirm Griffon Vultures have started to summer in big numbers in the western Alps. Most are non-breeding immature birds from growing populations in Spain and France that move north-east in early summer and then depart again in September. These dispersing griffons often ‘carry’ some Cinereous Vultures, or even the odd Rüppell’s Vulture, with them. 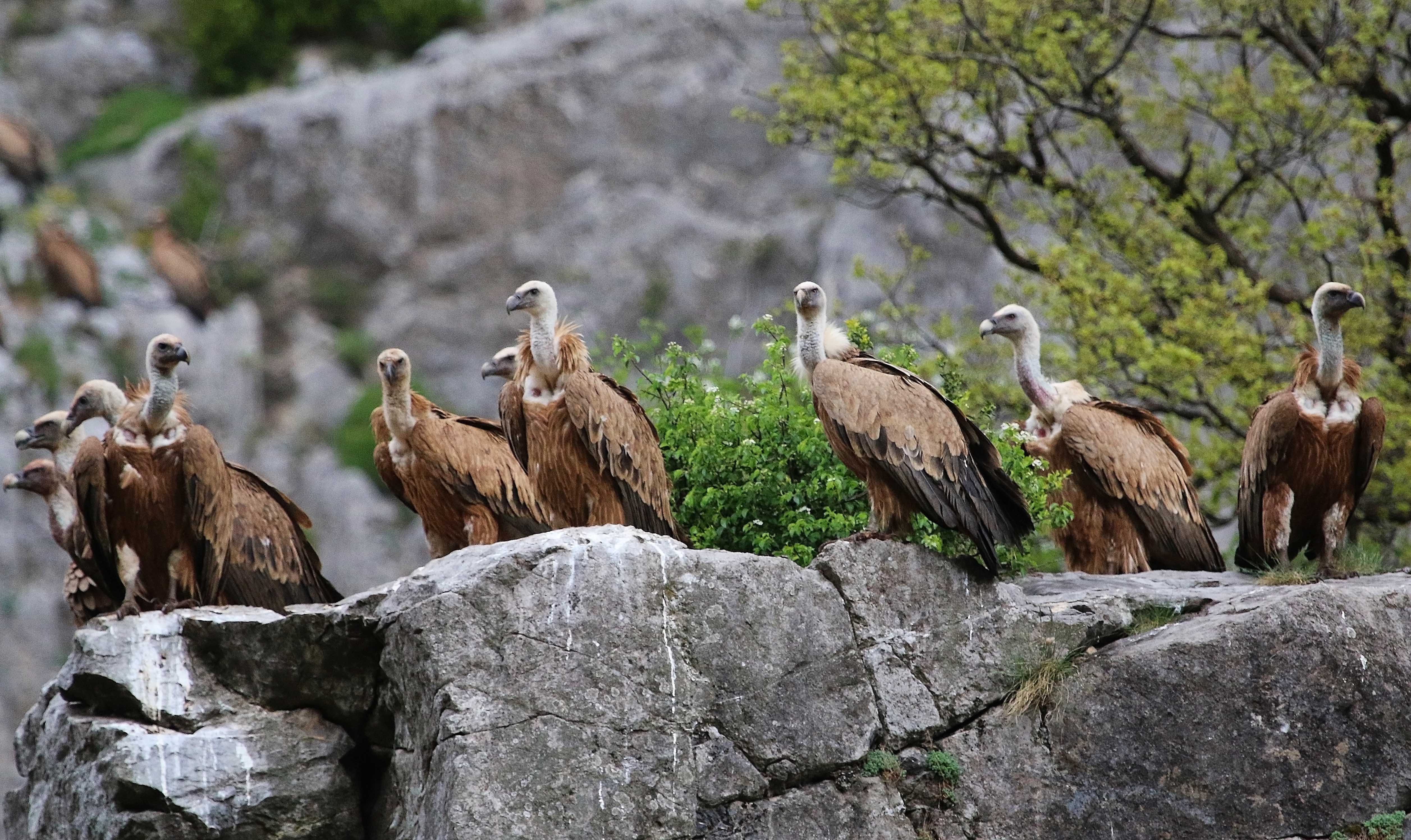 Griffon Vultures are summering in the western Alps in ever-increasing numbers, as more and more birds move north-east from strongholds in Spain (Andy Mould).