Looking out for England's Hen Harriers

A round-the-clock nest protection operation is ready to swing into action if one of England's rarest birds of prey nests in northeast England this spring, the RSPB and Forestry Commission have announced. Last year a pair of Hen Harriers successfully raised five chicks at a nest in Northumberland's Tynedale, thanks to a 24-hour guard that safeguarded the precious nest from disturbance. The RSPB and Forestry Commission have teamed up again this year, and trained volunteers and staff will be on standby to watch over the nest site if the harriers return. 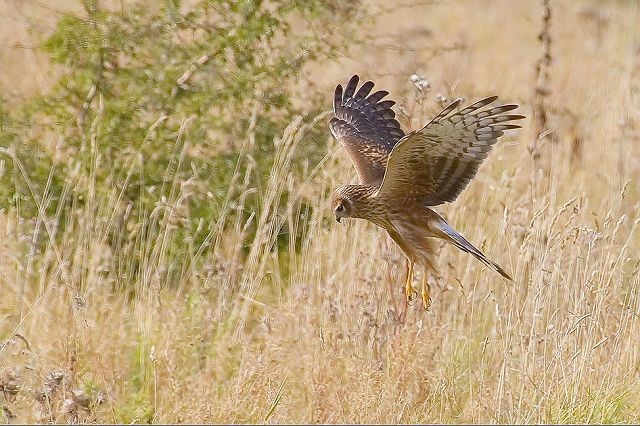 The RSPB is employing Phil Curtis to organise the harrier protection project. Phil co-ordinated last year's successful harrier nest watch and with a background in the Royal Navy and the fire service, he is well prepared for the rigours of the role. He will be active in Northumberland during the Hen Harrier breeding season on the look out for the birds, recruiting volunteers, and making contact with local communities.

Phil is appealing to anyone who sees a Hen Harrier in the uplands of northern England this spring to report their sighting in confidence to the RSPB Hen Harrier Hotline on 0845 4600121 (calls charged at local rate). Phil said: "Harriers can travel over large distances and can turn up just about anywhere, so we are appealing for the help of people in northern England to help us by watching out for these special birds. Sightings reported to the RSPB Hotline will provide vital information that can help us to better protect these rare and spectacular birds." Harrier sightings can also be e-mailed to henharriers@rspb.org.uk. Reports should include the date and location of sighting, with a grid reference where possible. 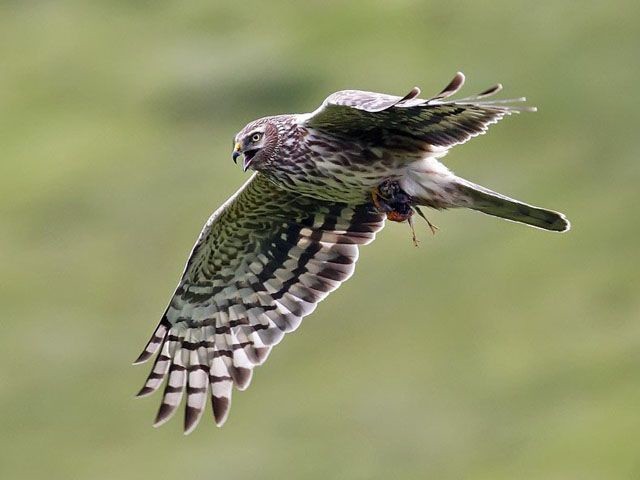 Sadly, Hen Harriers are often the victims of illegal persecution. The RSPB and Forestry Commission believe that without intensive protection the harriers would be at risk of being shot or their nests and eggs destroyed. Research has shown that the heather moors of England could support around 200 pairs of nesting harriers; sadly, only around a dozen pairs successfully raise chicks each year, and the majority of these occur in one area of Lancashire. Illegal killing or deliberate disturbance is the main reason that Hen Harriers are absent from almost all areas of suitable moorland in northern England.

The Northumberland Harrier Nest Watch is a partnership between the RSPB, and Forestry Commission with support from the Northumberland & Tyneside Bird Club. The RSPB is asking members of the public who care about our birds of prey to pledge their support for an end to illegal killing at www.rspb.org.uk/birdsofprey.
Written by: RSPB
Login to leave a comment
Return to List