Look out for 'hummingbirds' during Moth Night 2016

As Moth Night 2016 gets under way, organisers Butterfly Conservation and Atropos are asking the public to look out for Hummingbird Hawk-moths, in a bid to find out whether one of the world's most striking moths is attempting to colonise the UK.

Found commonly across the Continent, Hummingbird Hawk-moth beats its wings 80 times per second, which allows it to hover with hummingbird-like precision as it feeds from flower-heads. It is traditionally just a summer visitor to the UK, but milder conditions in recent years have seen this day-flying moth successfully overwinter in greenhouses and other sheltered locations in south-west England. 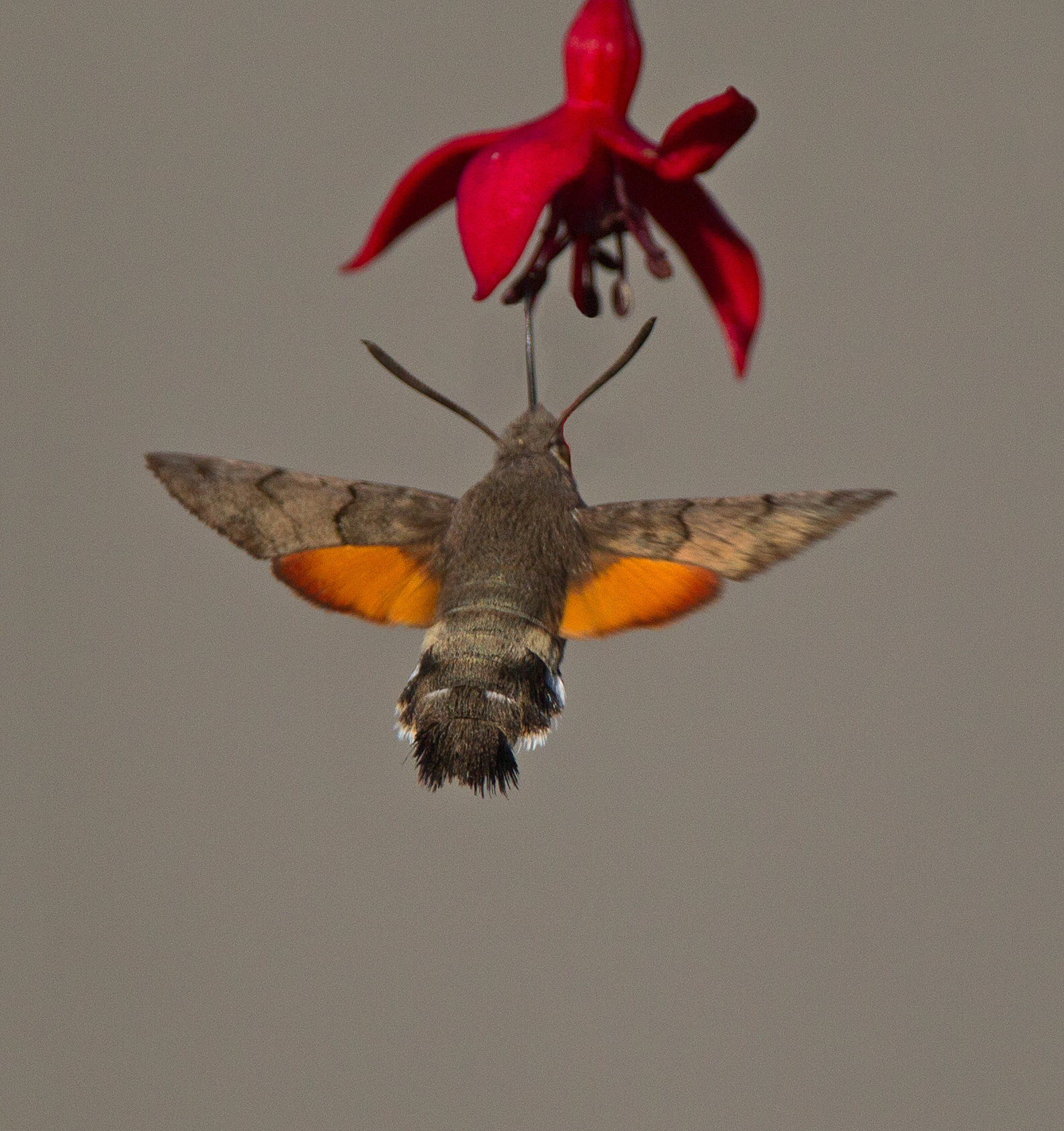 There have been large influxes of the species in 2000, 2006 and 2011, and hopes are high that 2016 could witness another 'hummer summer' as the long-distance migrant attempts to gain a foothold in the UK.

Seeing a Hummingbird Hawk-moth has long been considered a good omen — a small swarm of the orange-and-brown moths was famously seen flying over the English Channel on D-Day in 1944.

Hummingbird Hawk-moth is just one representative of this dazzling family of moths that can be found in Britain. The spectacular Elephant Hawk-moth, a salmon-pink and olive-green beauty, is common in gardens across the UK and, unlike many other moth species, has increased in its UK distribution in recent years. Pine Hawk-moth is another species that has thrived and spread northward in recent years as it has benefited from the increase in conifer plantations. Some hawk-moths are skilful mimics. Both Broad-bordered and Narrow-bordered Bee Hawk-moths deliberately resemble bumblebees but can be told apart by their longer antennae, greater agility and quieter hum.

Butterfly Conservation's Head of Recording, Richard Fox, commented: "This year, Moth Night is focusing on hawk-moths — some of the largest, fastest and most glamorous moths found in the UK.

"From the bat-like Privet Hawk-moth with its 12 cm wingspan to the spell-binding aerobatics of the Humming-bird Hawk-moth and the punk-pink of the Small Elephant Hawk-moth, these moths have the wow factor.

"Attend a Moth Night public event to meet these amazing insects or see if you can track them down on your own patch." 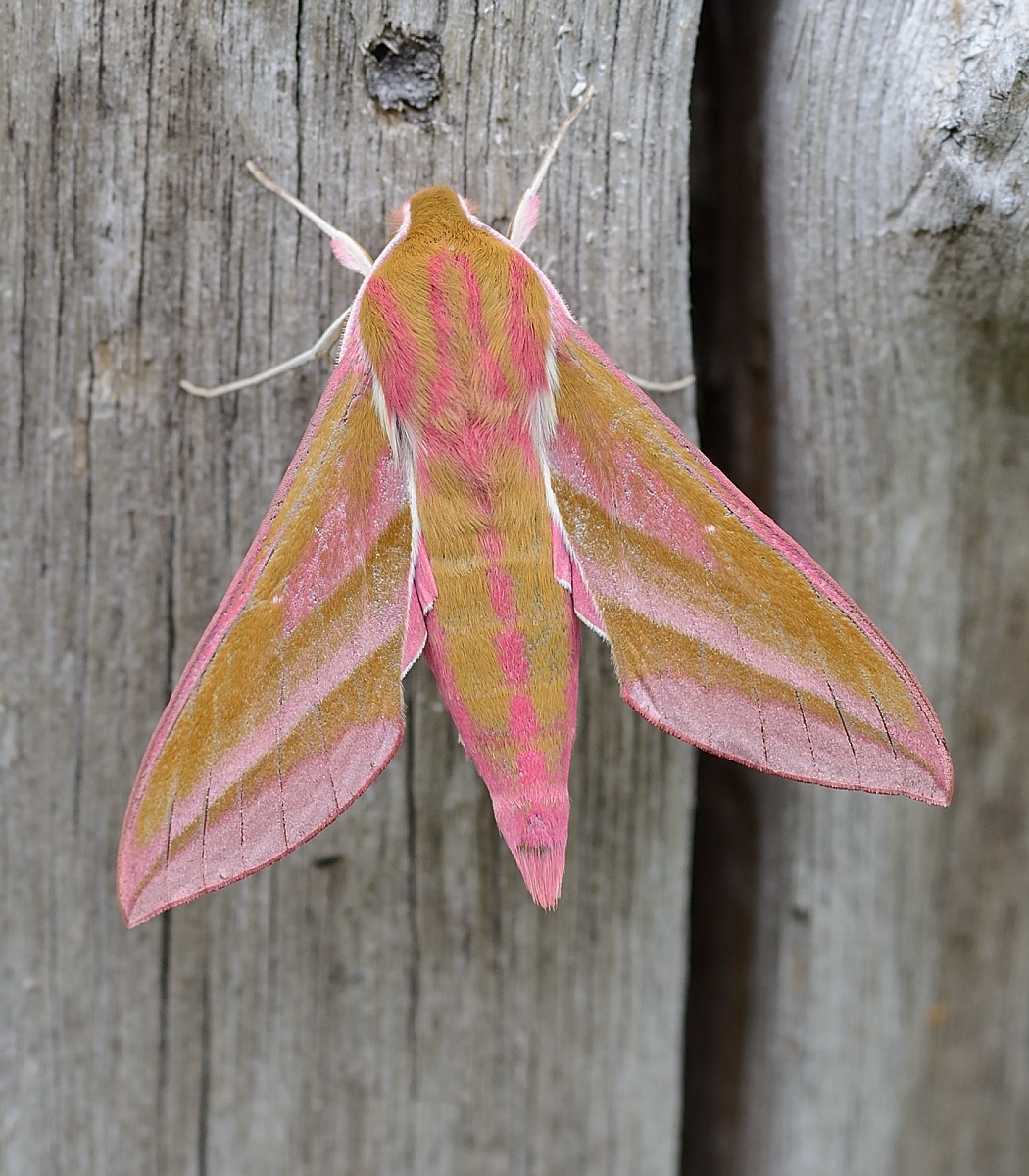 In the last couple of weeks the UK has also seen an unprecedented influx of millions of Diamond-back Moths from the Continent. Mark Tunmore, editor of Atropos, explained: "June is a particularly colourful time of year for moths with some of our most colourful and spectacular species on the wing and high levels of diversity. It's a great time to get out into the garden and see what is flying at night or by day.

"In recent weeks there has been a huge influx of the tiny but distinctive Diamond-back Moth into the British Isles, which has flown in from the Continent and is being seen as far as the Northern Isles. This moth can be disturbed easily by day from long grass or attracted to light and could be seen anywhere over the Moth Night period."

Moth Night 2016 runs from 9 to 11 June and will include moth trapping events across the UK. The annual event, which was founded by Atropos in 1999, aims to encourage the recording and raising the profiles of moths among the public.

For information about events and to submit sightings visit www.mothnight.info.