Millions of homeowners are being disturbed by mysterious comings and goings this month, and struggling to track down the source of the scrapings, squawkings and muffled cries. But the RSPB can shed some light on the cause of the problem. With spring well underway, many garden birds such as Starlings, House Sparrows and House Martins have chosen to take advantage of sheds, roofs, gardens, eaves and even wall cavities to raise their young. 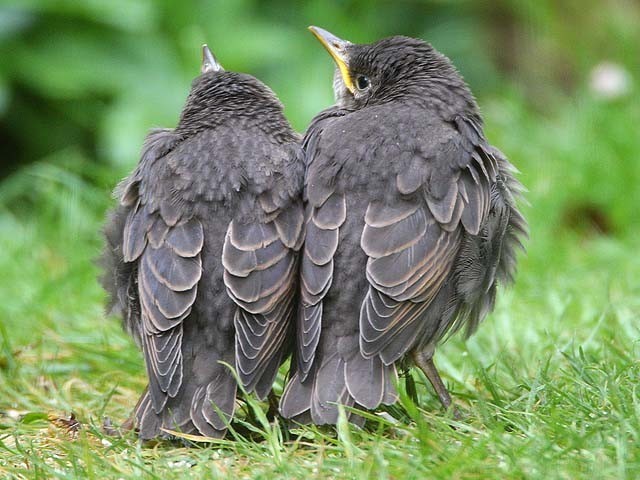 The wildlife charity is urging anyone who believes they have nesting birds or chicks around their homes and gardens to leave them well alone. If they don't, there is a significant risk that young birds won't survive. The phone lines at the RSPB are constantly jammed in May with calls from people who have found young birds that appear to be abandoned or distressed.

RSPB Wildlife Adviser Richard James, who handles many of the calls, said, "Many people think they are helping by placing stray chicks in a box, some greenery or back in the nest they came from. But the truth is they could be killing them with kindness, and it's vital that they remain untouched. It's a critical time for nesting birds and we must do all we can not to disturb them. If you have chicks already in your gardens, don't be tempted to try and help them or move them in any way. Although they sit there looking vulnerable and sounding distressed you can be sure that the adult birds will be close by and will know what to do. If you discover a nest in your trees or bushes or perhaps somewhere a bit more unusual like your garden shed please don't touch it. As soon as it is disturbed you risk the mother abandoning her eggs or chicks." 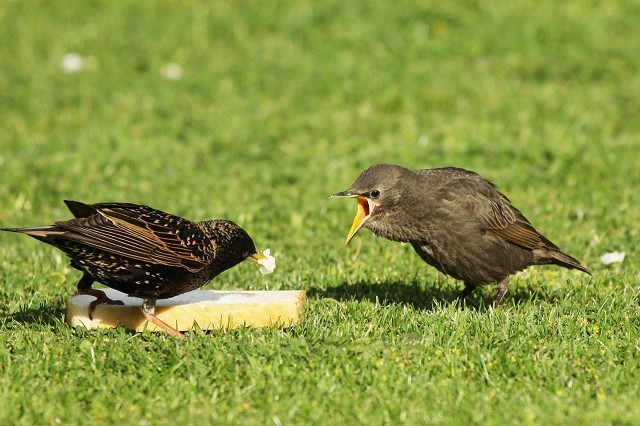 RSPB member Daniel Offord said: "My wife and I have some Starlings nesting just above our bedroom window and the racket in the early hours each day is almost deafening. We weren't sure what it was to begin with but having now seen the adult birds furiously flying in and out for the roof space for a few days we know we have a young Starling family. They are noisy, but we wouldn't dream of disturbing them as we feel quite honoured that they have chosen our house to nest in. We're really looking forward to seeing the young chicks when they take their maiden flight and are sure that will be reward enough for our patience."