Surveys to monitor the elusive Long-eared Owl in Devon, Cornwall and Somerset are already showing some interesting results. Teams of volunteers, led by Chris Sperring from the Hawk and Owl Trust, are carrying out surveys of these rare nocturnal birds in Forestry Commission forests to attempt to discover just how many breeding pairs there are in the Southwest. Thus far the surveys have confirmed the presence of Long-eared Owls in forests on Bodmin Moor and Dartmoor. More surveys are yet to be carried out at Haldon Forest and selected Exmoor forests. 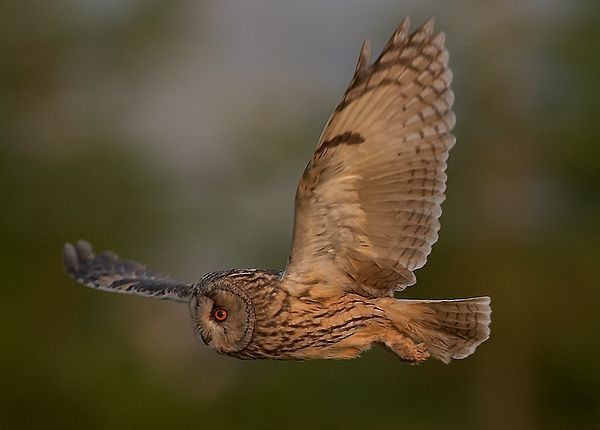 The Long-eared Owl is Britain's rarest breeding owl species and notoriously difficult to survey. It is thought that there is a UK population of just 1,500–2,000 pairs. Strongly associated with conifer plantations, the Long-eared Owl actually requires a dual habitat: dense forests in which to roost and nest, and open rough grassland for hunting, particularly favouring upland and moorland areas.

Chris Sperring says: "What the results of these surveys are showing so far is how important conifer forests are for these rarely seen, nocturnal owls. Due to their elusive ways we don't know much at all about the Long-eared Owl and this lack of knowledge has meant that it isn't afforded any special legal protection or conservation status and is entirely omitted from the UK Birds of Conservation Concern List (BCC). That is why I believe it is so important to carry out these surveys and try to find out where they are and what habitats they prefer."

Steve Minton, Planning Manager at the Forestry Commission, adds: "Our forests provide important habitats for a range of species and it is important that we know whether Long-eared Owls are one of these. Modern forestry is not just about trees but the spaces in between them and the species that live in them. The more we are aware of which species are using our forests the more we can tailor future land management to meet their needs."

Paul Stancliffe of the British Trust for Ornithology comments: "This work illustrates the importance of bird monitoring; until we know the true status of the Long-eared Owl, not only in the southwest but across the whole of the UK, we can't begin to address its conservation needs. The only way we can carry out such widespread monitoring of such a secretive, largely nocturnal species such as the Long-eared Owl is through targeted surveys such as this. At present it is believed that half of our Long-eared Owls are found in woodland in Ireland and Northern Ireland but there are large areas of England and Wales without recent breeding records. This study will help to fill some of these gaps and contribute to the BTO 2007–11 Atlas."

There will be further summer surveys during May and June. All data recorded will be submitted to both the Forestry Commission as well as the British Trust for Ornithology (BTO). During the surveys, recordings of any other birds will also be recorded and data will also be submitted to the BTO for inclusion in their national survey as Roving Records.