Two Western Osprey chicks are the first to be ringed in six years at Loch Garten in the Cairngorms.

The site on RSPB Scotland's Abernethy reserve has struggled to attract a breeding pair since the demise of two ospreys known as EJ and Odin. 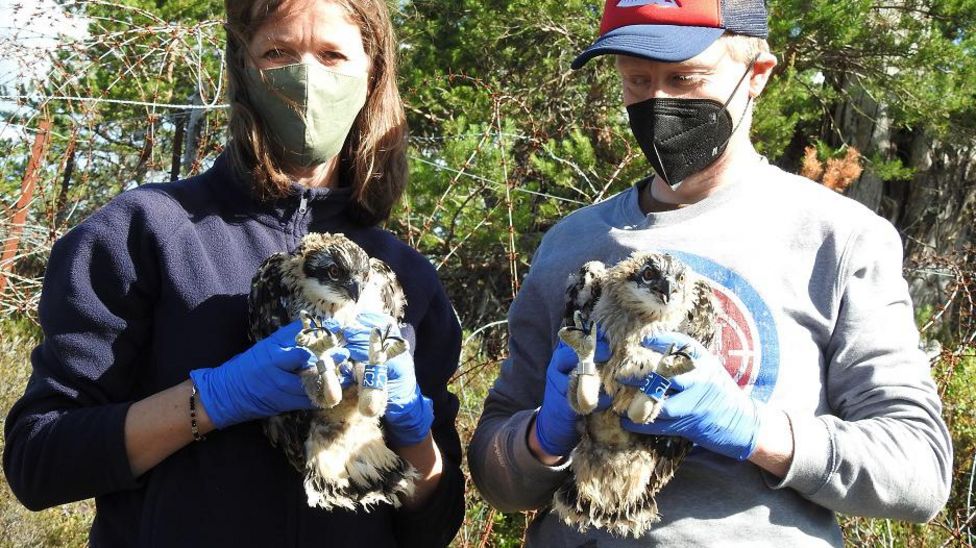 The new Western Osprey chicks have been fitted with rings (Alison Elder).

Female EJ was one of Scotland's best-known and successful breeding ospreys. Over 15 seasons, 25 of her chicks fledged. The 21-year-old EJ was thought to have died of old age in 2019. Odin, EJ's partner of nine years, disappeared in 2017.

The two new chicks are being raised by a female known as Asha and a male called AX6 after the lettering on his leg ring. The male and female chicks were ringed by the BTO.

Jess Tomes, site manager at Abernethy, near Nethy Bridge, said: "It's wonderful to be ringing osprey chicks from this iconic nest once again. The last few years have been tough, and we were beginning to wonder whether Loch Garten was ever going to have breeding ospreys again."