Let me lek you up and down

Romance may be dead in some quarters but love is still in the air — literally. Valentine's Day was traditionally thought to be when many birds start to pair up. And the RSPB says that you could do worse than look to the skies for inspiration on how to treat your own special someone this weekend. Many wild birds are known for their chivalrous and monogamous ways, and we could apply a thing or two to our own wining and dining techniques. 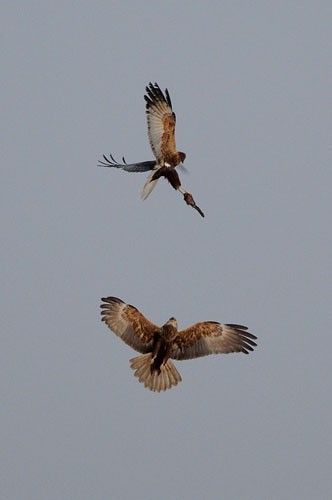 Like us, many birds know that the way to a loved one's heart is through the stomach. Some birds of prey pass food to their mates in the air as a way to strengthen their pair bond. Forget champagne and caviar though — this is more likely to be insects, small mammals or birds! Raptors such as Golden Eagles, Hen Harriers and Marsh Harriers are particularly known for this courting technique, while Great Crested Grebes exchange gifts in the water.

Songbirds like Robins also perform courtship feeding at the nest, with the male taking the female food as she incubates her eggs. It is part of the initial pairing up and the female is kept in good condition to raise her young if she's well fed on the nest. Bullfinches, terns and gulls also use this technique. Some female birds might even choose another mate if the male doesn't bring them enough food! 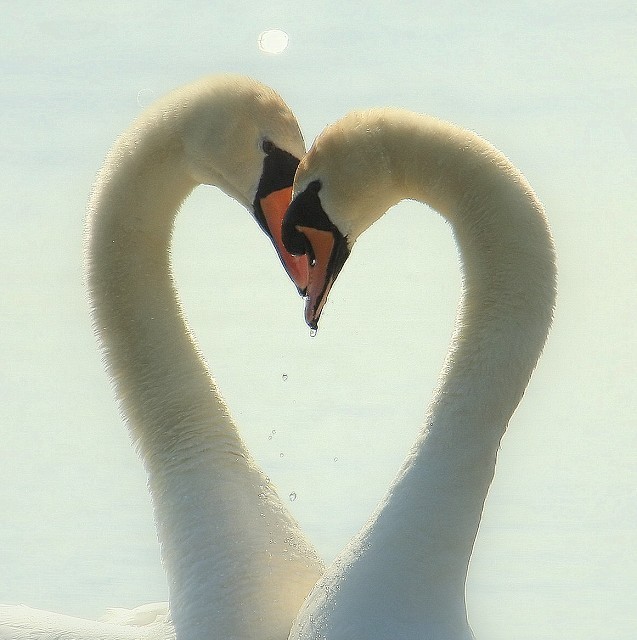 An estimated 90% of all bird species are monogamous and form a faithful bond for the breeding season. Many may separate for the rest of the year and reform their pair bond the following season. This is the habit of many seabirds like shearwaters, waders such as Dunlin and also Swallows.

Some species could remain bonded for most of the year, such as Jackdaws and Sparrowhawks. Others even migrate together, flying thousands of miles side by side across the Arctic, such as Bewick's Swans and Barnacle Geese.

Many birds can pair for life and although their commitment can sometimes be to the detriment of their whole species they wouldn't even consider looking elsewhere. 18 of the 22 species of albatross face extinction as thousands die every year in fisheries, leading to the RSPB's Save the Albatross Campaign. Some species of albatross mate for life and only raise one chick every two years, so their loyalty is also contributing to this decline.

Other monogamous birds include birds of prey such as Golden and White-tailed Eagles. Mute Swans, commonly seen in parks and on communal ponds, are also among the most faithful.

Fight for your love 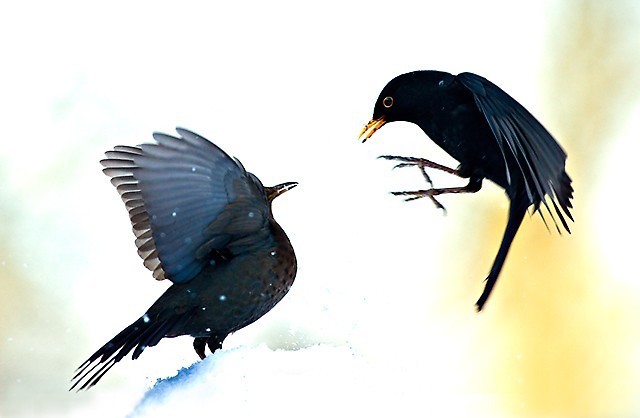 There's no resting on your laurels and hoping the right person will find you in the bird world. Many birds actively defend their territory in the hope of attracting a mate, and the much-loved Robin is a classic example. Robins often chase anything that comes into their territory which suggests they may go on to breed in the area in spring and summer. Blackbirds, Kingfishers, Buzzards and Magpies are all known for fighting for their territory too. 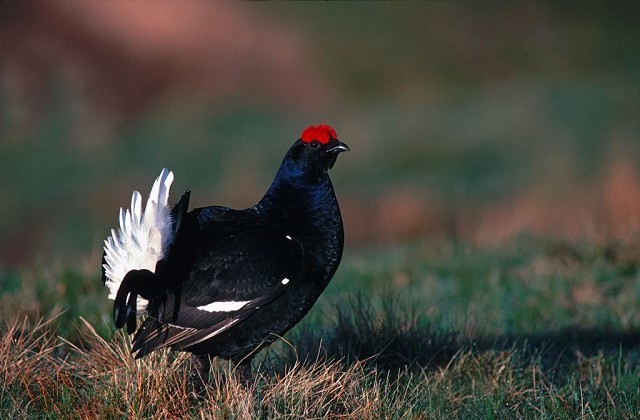 It doesn't pay to be shy when you're looking for romance. Some birds use extraordinary courtship displays to attract a mate, involving beautiful colours and dancing displays that would rival any moves we make on a Saturday night. Some abruptly spread their wings, thrust out their chest, do an immense yawn to show bright colours inside their beaks, or even exhibit decorative feet in the case of the tropical Blue-footed Booby.

Some birds have communal displays known as leks. Black Grouse strut around with their backsides in the air, bobbing their striking white tails and making distinctive bubbling calls. Other birds who like to show off to potential suitors include Capercaillies, Ruffs and Great Bustards.

Richard James, RSPB Wildlife Adviser, says: "Many birds really know how to put the effort in to attract a mate. From elaborate displays to passing food they pull out all the stops and it's a fascinating thing to observe, especially close to Valentine's Day. Already in our gardens some birds are demonstrating courtship routines too — look out for the territorial Robin who fights tooth and nail for his mate. Other species like Blackbirds tend to get a bit scrappy too when standing up for themselves. All's fair in love and war!"

The RSPB is urging everyone who loves nature to sign up to its Letter to the Future campaign. The charity needs as many signatures as possible to show politicians how urgent the safeguarding of our natural environment is to ensure it remains for future generations to enjoy. To sign the letter visit www.rspb.org.uk/letter.