Landmark ruling over use of lead to shoot wildfowl

A member of a shooting party has become the first person in England to be convicted of shooting a bird with lead shot. Simon Quince, of Hemingfield, Barnsley, shot a young Mute Swan on an organised Pheasant shoot at Spellow Grange, near Minskip, North Yorkshire. He was fined a total of £645, including £100 for using lead ammunition.

Mute Swans are fully protected under the Wildlife and Countryside Act 1981. They are also covered by what is called the royal prerogative, which means they are considered property of the Crown. Quince was also convicted of killing a protected species. The swan was taken to a vet in Boroughbridge, but had to be euthanized because of its injuries. 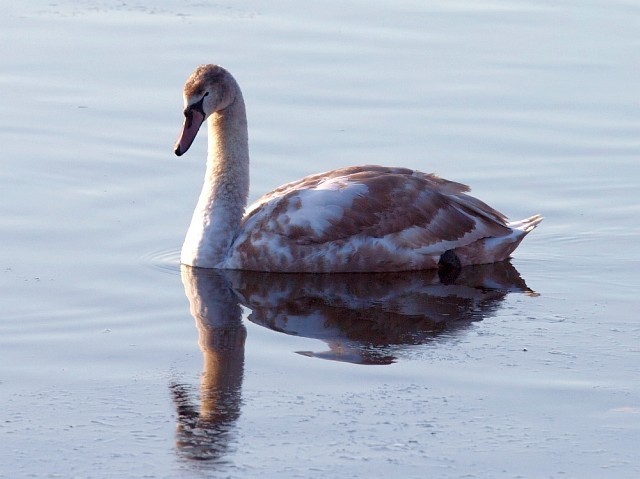 Gareth Jones, a wildlife officer with North Yorkshire Police, said "There are two issues in this case: the shooting and killing of a protected bird and the use of lead shot when shooting wildfowl. Any person involved in shooting must be able to identify their quarry species and if they are unsure must not take the shot. North Yorkshire Police Wildlife Unit is dedicated to the protection of wildlife within the county and beyond. This case demonstrates the partnership working that is so important in preventing and detecting wildlife crime."

The use of lead shot for some forms of shooting was made illegal in 1999, following concerns about widespread poisoning of wildfowl caused by the birds ingesting spent gunshot formed from this toxic metal. The 1999 ban prevents the shooting of ducks, swans and some other wetland birds using lead. The lead regulations also prevent the use of lead shot over wetland Sites of Special Scientific Interest.

Simon Clarke of the British Association for Shooting & Conservation said: "It is absolutely essential that shooters are able to properly identify their quarry before pulling the trigger. Swans are fully protected by law and may not be shot except under specific license for crop protection. Swans are also listed as a species that may not be shot with lead ammunition. All shooters should be sure of their quarry and fully aware of the lead-shot regulations, which in England cover all ducks, geese and swans."

Jeff Knott, of the RSPB said: "The toxicity of lead is well understood. We have successfully phased out its use in paints, petrol and children's toys and the English lead-shot regulations were designed to significantly reduce exposure of ducks, swans and other wetland birds to its damaging effects. It is troubling that these regulations are still being flouted and this conviction reinforces the conclusions of a recent report to Government, which highlighted that 70% of duck on sale in England were shot illegally with lead. Lead shot continues to contaminate the environment long after the gun has fallen silent."