Lammergeier fails to make the grade

The British Ornithologists' Union Records Committee (BOURC) has announced that the Bearded Vulture (Lammergeier) seen at various sites in Wales and southern England in May 2016 has been placed in Category E of its British list. This category lists introductions, human-assisted transportees or escapees from captivity, as well as species whose breeding populations (if any) are not considered self-sustaining, and species included in it do not form part of the British list (unless they are also included in Categories A, B or C).

First reported a stone's throw from the M4 bridge at Sudbrook, Gwent, on 12 May 2016, the immature vulture was later seen in Devon at Brent Moor on 16th and Cookworthy Moor Plantation on 20th before being photographed over Breney Common, Cornwall, on 23rd. There were several other reports of the bird from southern England during this period, and it later transpired that the Gwent sighting was pre-dated by an observation of the same bird, with photos, from Kent. It had also previously been noted near the village of Pollinhkove, Belgium, on 9 May. 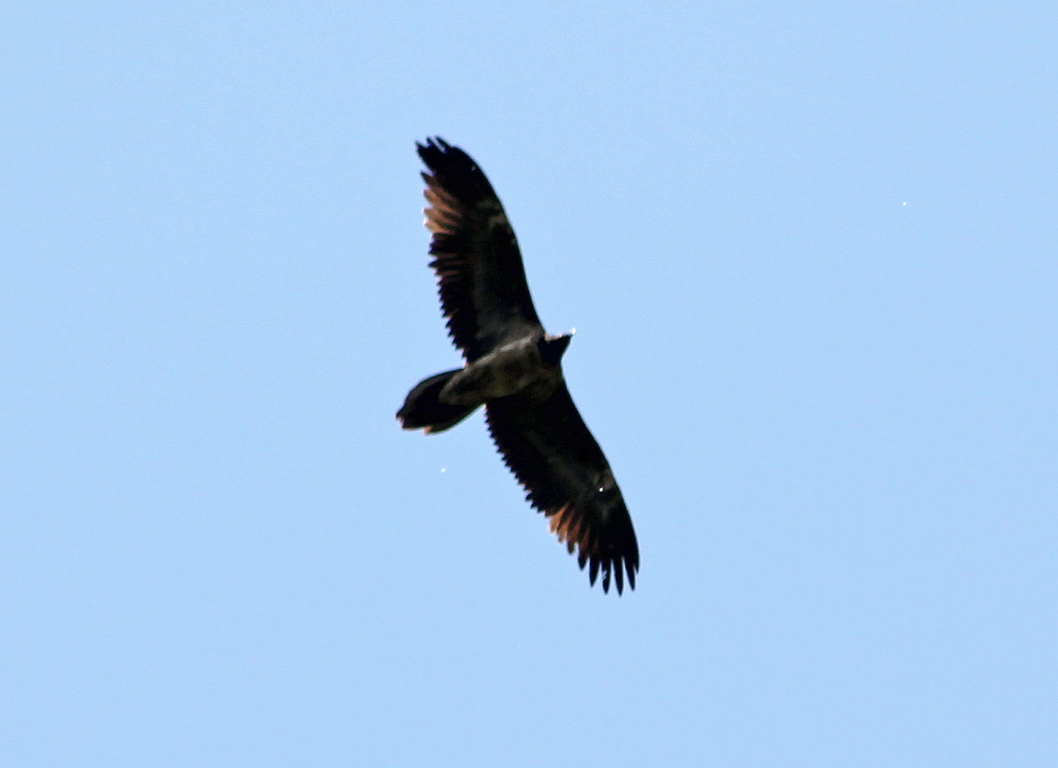 The Bearded Vulture was photographed soaring over Breney Common, Cornwall, on 23 May 2016 (Rowena Castillo Nicholls).

The appearance of a number of wandering Bearded Vultures during the past few years in north-west Europe, well away from their mountain breeding ranges in the Alps, where the species has been reintroduced, and the Pyrenees, has generated wide interest, particularly in light of similar observations of Griffon Vultures, which have been shown to have a mainly wild origin. However, it seems highly likely that all the recent wandering Bearded Vultures derive from reintroduced Alpine populations, which are now increasing but, according to the BOURC, not yet considered self sustaining, rather than from natural populations in the Pyrenees. This has resulted in the species being placed in Category E.

The same categorisation has been adopted by other national bird committees in north-west Europe where Bearded Vultures have been reported, including Belgium (see, for example, Rare Birds in Belgium in 2016).

In other, perhaps less contentious, news, BOURC has also announced that it considers the Demoiselle Crane seen at various sites in Cumbria in March 2016 to be of dubious origin. With the species widely kept in collections and, as yet, little evidence to suggest natural vagrancy is occurring in western Europe, the appearance of this individual at a time inconsistent with the species' migration and without clear evidence to suggest a natural origin, ensured the Committee voted to place it in Category E. 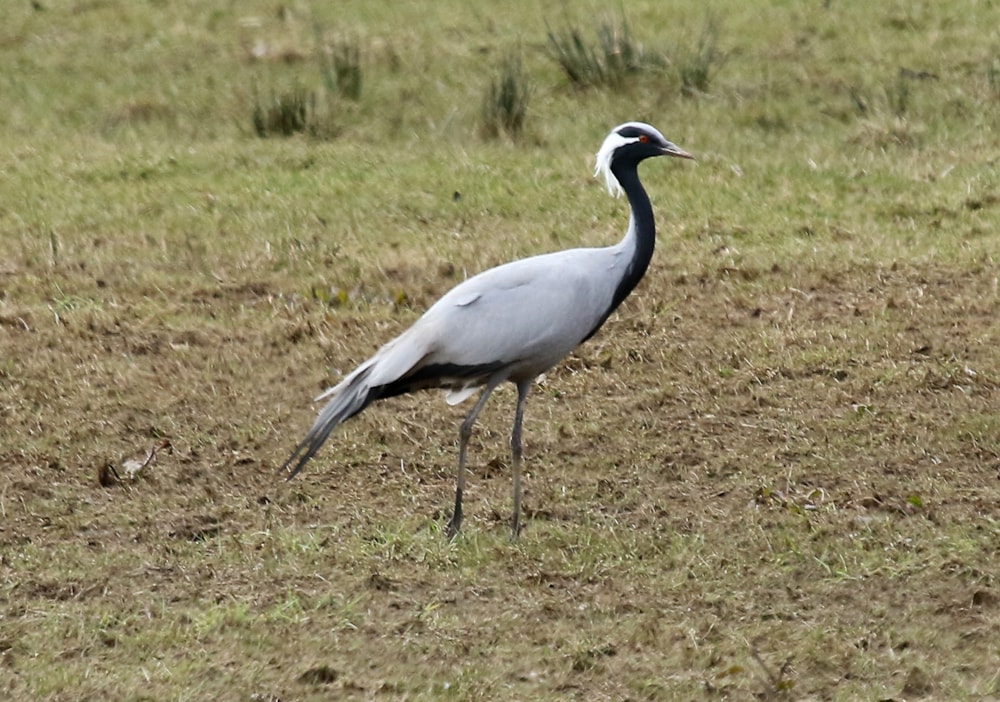 A Hooded Merganser at Holme and Titchwell RSPB, Norfolk, from 25 January-10 April 1997 was also considered as a potential first for Britain, as it pre-dated the current accepted first record from the Outer Hebrides in October-November 2000. However, with little to suggest a wild origin, plus its easterly location, it failed to receive any votes from the Committee for promotion to Category A and was placed in Category E.

Finally, a Common Myna found at Landguard Bird Observatory, Suffolk, on 16 May 2014 has been placed in Category E. Though it was possible the bird had arrived on a boat at the nearby port of Felixstowe, the possibility of an outright escape was also considered likely. Once again, the Committee voted unanimously for placement in Category E, the record joining several other previous occurrences of the species that were also considered escapes.