Unique footage of Northumberland's historic Ospreys has been released by the Kielder Partnership. The recently arrived pair have been reunited in Kielder Water & Forest Park after making their separate ways back from sub-Saharan Africa. Last year, the pair entered the record books by raising the first Osprey chicks in the northeast of England for over 200 years.

Now, one of the two cameras trained on the nest, built on an artificial treetop platform, is giving visitors an eagle-eyed view of family life for these birds. The female is still spending most of her time on the nest, with the male supplying fish suppers plucked from Northumbrian Water's Kielder Reservoir. The pair have also been seen sitting side-by-side watching as the world goes by.

Historically, Ospreys were often seen in Northumberland, hunting on the once-extensive network of marshes. However, until last year, there had been no breeding records in the county for well over two centuries. The Kielder birds are thought to originate from the expanding Scottish population. Persecution resulted in Ospreys becoming extinct as a breeding bird in England in 1840 and in Scotland in 1916. Some birds recolonised Scotland in the 1950s, and by 2001 there were nearly 160 breeding pairs (around 200 today). The same year saw the first successful Osprey nests in England for 160 years, when birds recolonised the Lake District and were reintroduced to Rutland Water. 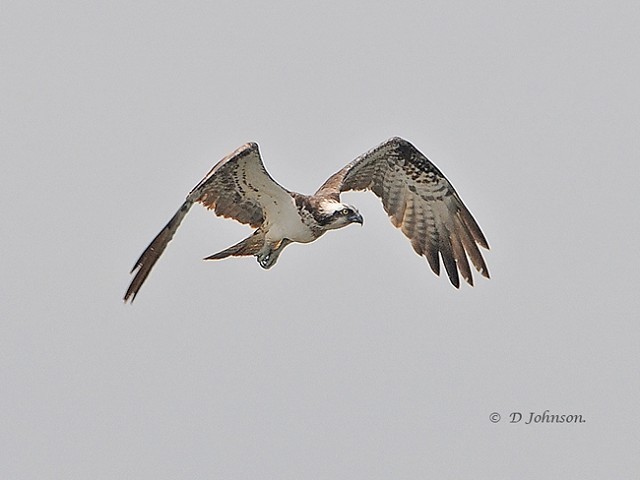 Philip Spottiswood, Forestry Commission Chief Wildlife Ranger, said: "The cameras have been a godsend, allowing us to check the birds' progress without going anywhere near the nest. Last year we adopted a very careful approach so as not to disturb them and generally stayed well clear."

Live images of the birds are being broadcast to an interpretation room in Kielder Castle Visitor Centre between 10am and 4pm daily.

Kielder Osprey Watch 2010 is organised by the Kielder Partnership, the RSPB and Northumberland Wildlife Trust. The partners are working hard to ensure that the Ospreys are here to stay by maintaining a high-quality habitat in Kielder Water & Forest Park and safeguarding and monitoring the nest site. To find out more go to www.visitkielder.com