The first confirmed record of a juvenile Steppe Whimbrel occurred in late August, with an individual of this enigmatic subspecies photographed in the United Arab Emirates.

Steppe Whimbrel – one of four subspecies of Whimbrel – is one of the rarest and least understood waders in the world and was considered extinct 25 years ago. The threat of extinction remains, particularly as so little is known about the birds. A recent review of the subspecies status estimates that there are a mere 100 individuals left, at most, and the population trend is declining. 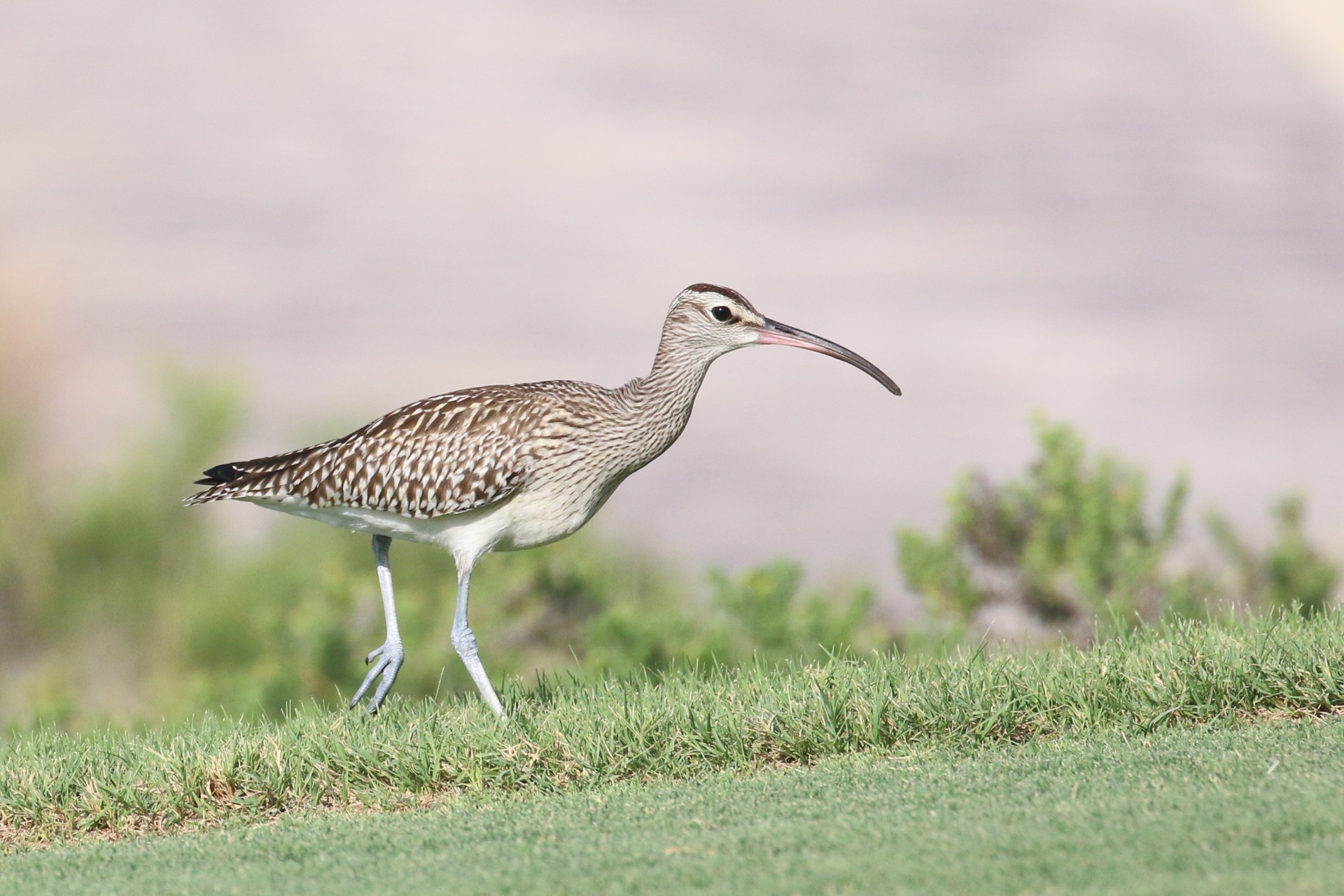 The first juvenile Steppe Whimbrel to be recorded in the field (Oscar Campbell).

The bird was seen and photographed by Oscar Campbell and Simon Lloyd, both members of the Emirates Bird Records Committee, on Abu Dhabi's Saadiyat Island by a lake at the Saadiyat Beach Golf Course. It was picked out when the duo where observing a flock of some 20 Whimbrel one Friday morning on 29 August.

The whimbrel's identity was confirmed the next morning by Gary Allport of BirdLife International, the world's foremost expert on Steppe Whimbrels. "The discovery of a Steppe Whimbrel in Abu Dhabi is remarkable in itself and confirms our suspicion that the migration route of the subspecies passes through the Arabian Peninsula region," said Mr Allport.

"What is even more remarkable is that this is the first time ever, anywhere in the world, that a juvenile Steppe Whimbrel has been seen in the field which is encouraging evidence that there is still some breeding taking place in this tiny population. It's an amazing find."

Steppe Whimbrel was first described in 1921. The subspecies was declared extinct in 1994 but was accidentally rediscovered in its Southern Russia breeding grounds three years later. It went unrecorded from 2009 until 2016 when, by chance, Mr Allport found two adults on a public beach in Maputo, the capital of Mozambique.