It's official - small birds struggled to beat the snowy winter

Nearly 530,000 people took part in this year's RSPB Big Garden Birdwatch, counting over 8.5 million birds. 73 species were recorded in 280,000 gardens across the UK over the weekend of 30th and 31st January. It's helped the charity get an idea of just how the bad weather at the start of the year affected bird populations. 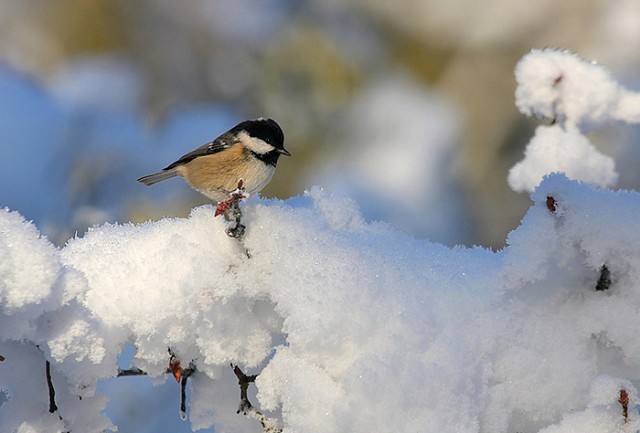 As predicted, small-bodied birds such as the Long-tailed Tit, Coal Tit and Goldcrest were the worst affected with average numbers of all three species dropping significantly since the 2009 survey (see Table 1). Smaller birds such as the Long-tailed Tit are particularly susceptible to the cold, having to eat almost continuously to stay alive. Long-tailed Tits flew into the top 10 for the first time last year suggesting they were getting used to feeding on seeds and peanuts in hanging feeders and on bird tables.

The weather was also responsible for many more sightings of countryside birds such as Fieldfares, Redwings, Bullfinches and Yellowhammers in gardens. More usually found in fields and farmland trees and hedgerows, these birds visit our gardens for food when they can't find enough in their usual haunts (see Table 2). As well as Redwings and Fieldfares, other members of the thrush family, including Song Thrush, Mistle Thrush and Blackbird, were seen in much higher numbers this year also looking for food.

Big Garden Birdwatch is the biggest wildlife survey in the world and provides the RSPB with a fantastic snapshot of how garden birds are faring. Big Garden Birdwatch co-ordinator Sarah Kelly said "We were particularly concerned for small birds over the winter, asking people to make sure they kept feeders topped up and supplied fresh water to help them. These results highlight the importance of feeding and gardening for wildlife, especially during prolonged cold periods." 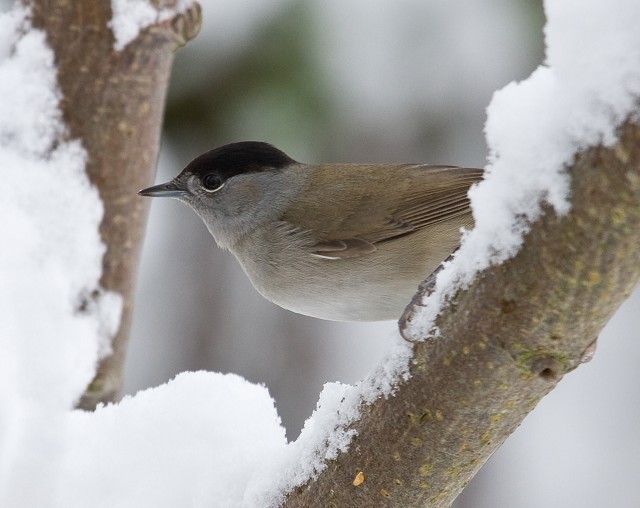 An unusually high number of Blackcaps were also seen. In this harsher winter we might have expected their numbers to decline but more Blackcaps than usual were discovered on bird tables. Just like the Long-tailed Tit, this suggests that Blackcaps are adapting their feeding behaviour to take advantage of bird tables and feeders, and therefore becoming more visible in gardens.

Some of the UK's most familiar species continue to suffer huge declines. In just the last five years alone, House Sparrows have declined by 17% and Starlings by 13.7%. The House Sparrow retained its top spot for the seventh year running with an average of 3.8 seen per garden. The Blackbird rose from third to second place with an average of 3.3 per garden. The Starling dropped to third with 3.1 per garden, the first time it has been out of the top two in more than 10 years (see Table 3).

Table 1: the average number of small birds recorded per garden across the UK and compares with the results from 2009.

Table 2: the average number of countryside birds recorded per garden across the UK and compares with the results from 2009.