Plans to reintroduce White-tailed Eagle to the Isle of Wight have taken a huge step forward after Natural England issued a licence for the project to go ahead, with birds possibly released as soon as this summer.

The Roy Dennis Wildlife Foundation and Forestry England will undertake a five-year reintroduction programme based on the Isle of Wight. Young birds, bred in the wild in Scotland, will be reintroduced on Forestry England woodland on the island over the next five years. The young birds will be released once they are familiar with their new home and will initially be fed to encourage them to settle along the south coast. Breeding is not expected until at least 2024. During this time the birds will be closely monitored using satellite tracking devices, and once the eagles are well established it is hoped that viewing areas can be set up to allow visitors to observe them. 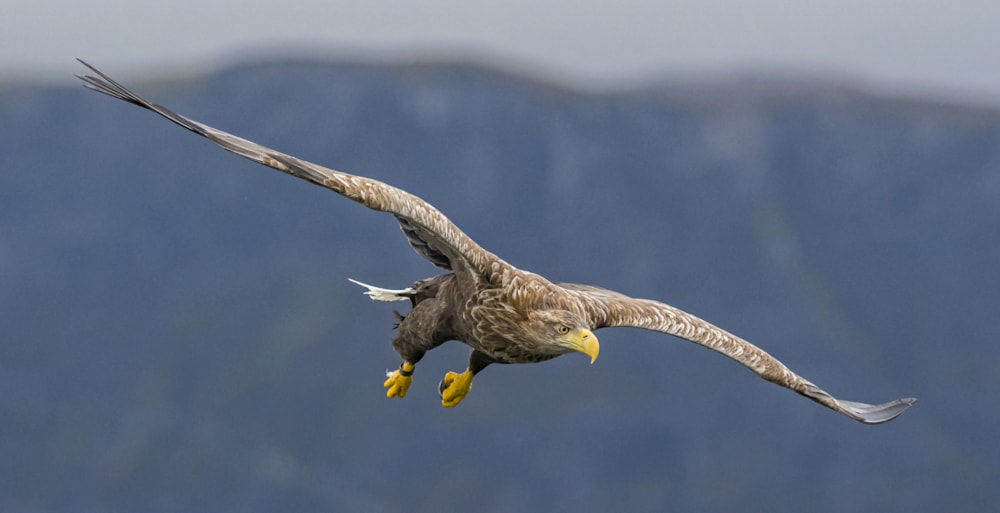 White-tailed Eagle last bred in southern Britain at Culver Cliff, on the Isle of Wight, in 1780 (Martyn Jones).

Roy Dennis, Founder of The Roy Dennis Wildlife Foundation said: "White-tailed Eagles were once a common sight in England and Southern Europe but were lost centuries ago. This project aims to reverse that situation by restoring the eagles to their ancestral nesting places. I can remember as a lad walking along Culver Cliffs to see where the eagles had once lived. It is incredible now to be able to play a part in returning these birds back to their home. We look forward to working with a range of organisations on the Island, and in the Solent area, to help make this exciting project a success."

Reintroducing White-tailed Eagle to the Isle of Wight is listed as a priority in the Government's 25 Year Environment Plan. Given the multitude of environmental problems that Britain faces, it seems curious to prioritise such a project, but it's thought the scheme could give a significant boost to the island's economy after a similar scheme on Mull, Argyll, was found to have enhanced its local economy by up to £5 million a year. Public support for the project has been high, with 76 per cent of local people surveyed supporting the reintroduction of the birds to the area.

Bruce Rothnie, South Forest Management Director, at Forestry England, said: "Our woodlands provide a haven for wildlife and we hope that they will become home to these incredible birds on the Isle of Wight. This long-term project is a great opportunity to help to restore the White-tailed Eagle to the south coast of England and we are proud to be involved in helping to bring back this rarest of birds to Britain."

The Isle of Wight was chosen as a location for the project given its central position on the south coast, and in time it’s hoped the birds will spread east and west along the coast and also help to link up existing populations in Ireland and The Netherlands. The project suggests that the island offers an ideal habitat for the birds with potential nesting sites in woods and cliffs, and is located close to highly suitable foraging areas for fish and other food in the Solent and surrounding estuaries.