Researchers in the Canary Islands have documented for the first time that Houbara Bustards there travel between islands.

In mid-December 2020, a male Houbara was found injured by wardens on La Graciosa, an island north of Lanzarote, following an attack by another male bustard.

The bird couldn't fly and was taken into care at a veterinary clinic in Arrecife, Lanzarote. While confirming that it had not suffered any serious injuries, the bird was underweight and was kept in care until it was fully rehabilitated. After being nursed back to strength, the bustard was fitted with a GPS transmitter and released back on La Graciosa. 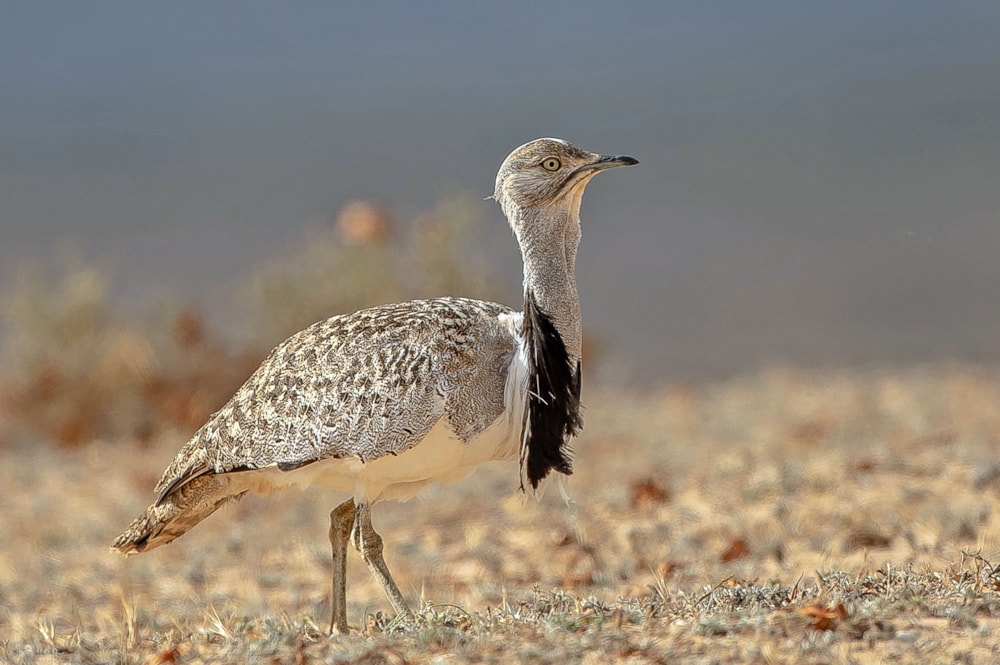 Houbara Bustard has been proven to commute between islands in the Canaries for the first time (Roy Peacock).

Over the following months, the bird was tracked as it flew to Lanzarote and then on to Fuerteventura. While it has long been suspected that Houbara Bustards commute between the islands, until now there had never been any definitive proof of this.

The researchers point out that such movements facilitate the genetic exchange between the different populations of this endemic subspecies.

A fuller article on the bustard's movements appears in Quercus magazine.