Irish birders needed for the CBS

It is that time of year again. With the breeding season almost upon us and summer migrants cleared for landing, CBS participants will soon be setting their alarm clocks and enjoying early-morning walks all around Ireland.

Since 1998, the Countryside Bird Survey (CBS) has been helping us keep tabs on how Ireland's breeding bird populations are faring. Even in the short 14-year period since it started, the survey has highlighted a number of significant changes. The vast majority of our breeding species have remained relatively stable, but worrying declines were found in some and healthy increases in others.

Those in decline include Kestrel, Swift and Skylark — the next step will be to try and identify why. On the plus side, Blackcap, Lesser Redpoll, Goldfinch and Stonechat have all shown steady increases; the upward trend for the first three at least seems set to continue, but the cold weather during the last two winters seems to have decimated Stonechats — just when they were doing so well. 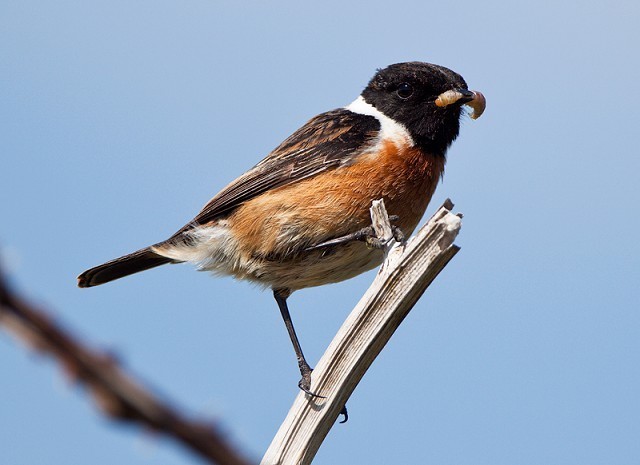 A range of factors affects the ups and downs of bird populations — changing farming methods, land developments and weather are perhaps the most obvious ones, but there are others out there. The CBS has proved itself as a robust method of monitoring changes in bird abundance and distribution and it is vital that the good work already done continues this year and onwards.

The analysis is the boring bit, though — the enjoyable part is the fieldwork. And it is thanks to the help and dedication of hundreds of participants across the country that the CBS has enjoyed such success so far. It is a simple survey to follow — just count birds seen and heard along two 1km routes between 6:00am and 9:00am and record them using the sheet and map provided. The first count can be done from 1st April onwards.

So if you have reasonable bird identification skills (ideally by sight and sound) and would enjoy putting two early-morning walks to good use this spring, please contact us now.