Farmers and birdwatchers are being urged to keep a lookout for Montagu's Harriers — the rarest breeding bird of prey in the UK, which nests almost entirely on arable farmland. Just six pairs bred in 2013 and it is essential that the small number of breeding attempts made this year are identified and protected from accidental damage or disturbance to help these graceful birds establish themselves in the UK.

Montagu's Harriers spend the winter in Africa and return to Europe in the spring to nest. On their journey, they face extreme weather, an increasing area of desert and the threat of illegal hunting in places such as Malta, where many birds of prey and other birds are illegally shot. Those fortunate enough to complete their journey back to the UK generally nest in lowland crops, particularly winter cereals, oilseed rape and grass silage. The core population usually returns to the same nesting areas of south west and eastern England each year, and the RSPB has been working successfully with the relevant landowners for over 30 years. However, it is vitally important that any new or unknown nests are located.

To help locate these nesting sites, the RSPB has again opened its dedicated hotline where possible sightings of these birds of prey can be reported. Mark Thomas, who leads on the RSPB's Montagu's Harrier conservation work, said: "Having survived the journey back to the UK, it is vitally important we identify as many nest sites as possible. We can then offer free advice to the landowner on how best to protect these sites and give these birds a home to rear their young. Farmers and birdwatchers can really help with the conservation of this threatened species. Now is a great time to witness the adults' airborne courtship before they establish their nests and become more difficult to see. If you are fortunate enough to see these magnificent rare birds then please contact the hotline to let us know. Last year, reports to the hotline helped us confirm their presence at some of the traditional nest sites. Hopefully, this year we will discover some new nest sites and help these birds firmly establish themselves as a breeding species in the UK."

Male and females differ in appearance. The males are plain grey, with black wing and a white underside. The females are mottled brown with a white rump. They are approximately the size of a buzzard, but have a more slender and graceful appearance. 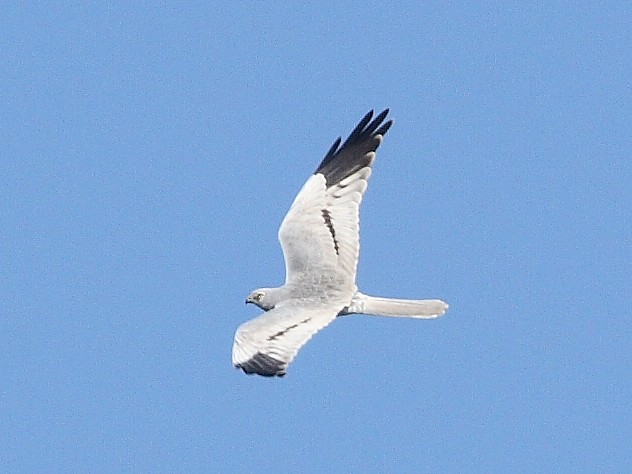 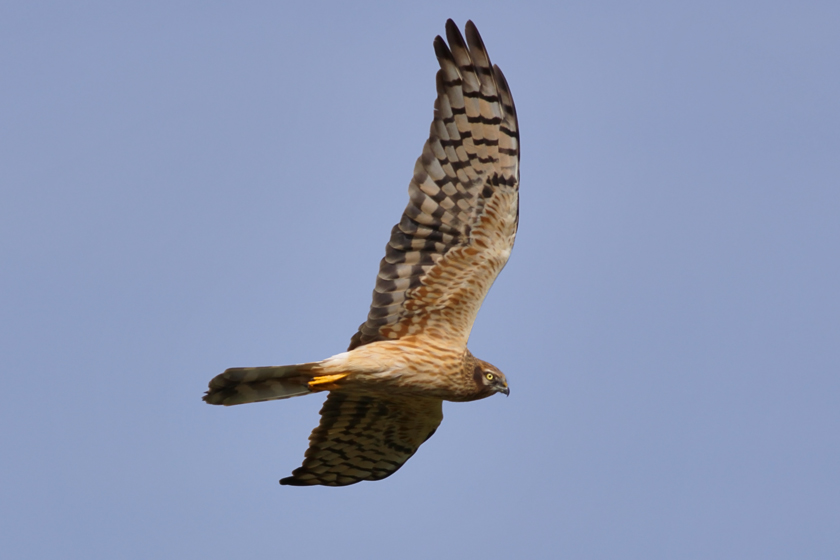 Any possible sightings of Montagu's Harrier can be reported to the hotline on 01767 693 690 or emailed to wildlife@rspb.org.uk. Details should include the date and six digit grid reference if possible as well as a contact telephone number. All reports to the hotline will be treated in the strictest of confidence.