A rare migratory bird that has experienced a dramatic recovery in its fortunes thanks to dedicated conservation work is to be the subject of a national UK survey to see whether it is now spreading from its core areas in the west of Scotland. Corncrakes will begin to return to the UK at the end of April, and the public will be able to call in on special hotline numbers to submit their records of the species to the National Corncrake Survey. 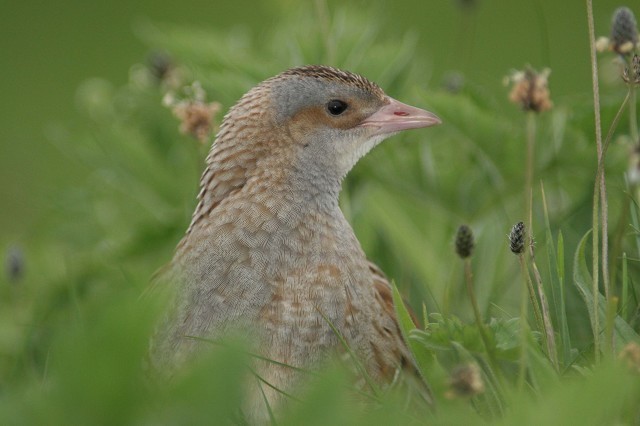 Once common and widely distributed throughout the whole of rural Britain, the species underwent extremely steep declines in the 20th century due to changes in traditional farming practices and agricultural intensification. Corncrakes are a long-distance migratory species that winter in sub-Saharan Africa and come to the UK in summer to breed. Here they favour a habitat of tall grasses and herbs, particularly hay and silage meadows. However, in the late 19th century when mechanised mowing and other machine-driven innovations allowed hay making to be completed much quicker than previously, the Corncrake population plummeted and became restricted to the Hebridean islands on the west coast of Scotland. Good concentrations exist on Lewis, North and South Uist, Tiree and Coll.

More recently, through the combined efforts of farmers, crofters and conservationists, the Corncrake population in the UK has seen an encouraging increase in its numbers, and since the RSPB's Corncrake recovery programme started in 1993, the population has increased markedly.

In 1993, the British population was estimated at just 480 calling males. But by the last national survey in 2003 this figure had almost doubled to 832 calling males. Since then annual counts have shown that the population increase continued throughout the 2000s, and in 2007 the population in the species' Scottish strongholds hit a high of more than 1270 calling males. This number declined, however, in 2008 by 8% to 1140 in the Scottish core areas, highlighting that there should be no complacency surrounding the conservation of the Corncrake, and that it is by no means out of the woods yet. 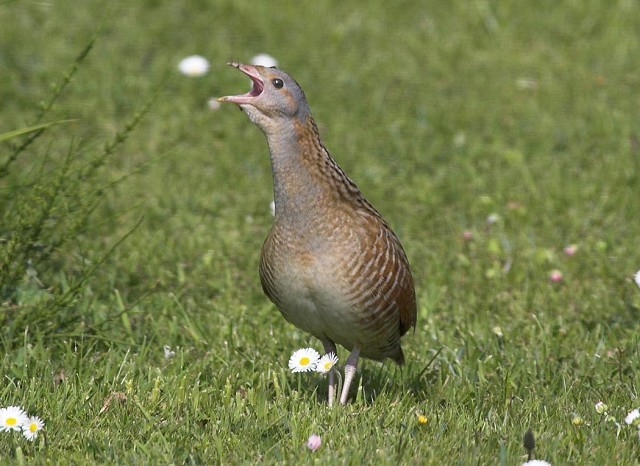 The survey seeks to find out whether the recovery of Corncrake in Britain continues into 2009, and to establish whether the slight decline of 2008 was a temporary 'blip', or if it was part of a more sustained pattern. It also presents a good opportunity to examine whether the species has managed to extend its range beyond the main core areas of the inner and outer Hebridean islands, into other regions of the UK in the last few years.

Mark O'Brien, Advisory Manager at RSPB Scotland, said: "This is the first full survey since 2003 and numbers have undoubtedly increased since then, but we are really interested in seeing if last year's slight slump in numbers was just an anomaly in what has been an otherwise fabulous success story for this species. The recovery of this plucky wee bird has, in a large part, been down to previous agri-environment schemes. We hope that this survey will enable us to continue to deliver targeted Corncrake conservation through the new Scottish Rural Development Plan." 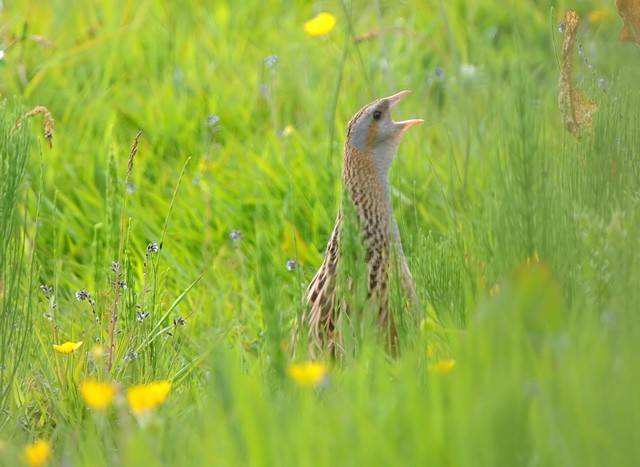 However, Corncrakes are a very difficult species to survey, because they are shy, skulk in long vegetation and are very difficult to see. The best method to identify Corncrakes is by the very distinctive "crek crek" call given by singing males, which sounds like a credit card being drawn across a plastic comb. The birds are particularly vocal throughout the month of June, especially during the night. Because of the difficulty of surveying Corncrakes, the RSPB is asking anyone who hears the distinctive call of the birds to report it so that it can be verified and recorded as part of the survey.

Anyone who hears a Corncrake calling is urged to call:

The Corncrake Survey is a combined initiative between Northern Ireland Environment Agency (NIEA), Scottish Natural Heritage (SNH) and the RSPB.